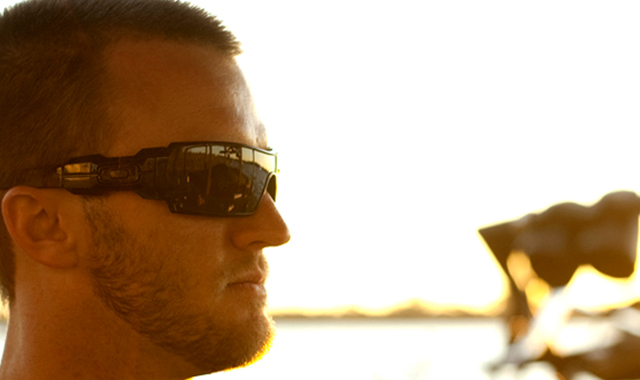 Excerpts from the Alliance interview with Keith Lyman

When a rider as renowned as Keith Lyman decides to retire as a wakeboarder in order to pursue a career in the military, you know you’re not going to have enough space in the magazine to run the entire interview. Keith’s exit interview with Alliance shed some light on not only how Keith viewed the sport he had grown to love and work for, but also how he viewed its past and its future. Over the years Keith became known for doing things his way, so it is only appropriate that he answered all the questions we could throw at him in his own way, as well. What follows are bits and pieces of the good-bye conversation we had with Keith. If you found the magazine interview to be a good read, then be prepared to spend the next few minutes in front of your computer screen checking out the rest. On the off chance that you haven’t read the interview with Keith in Alliance, then get over to your local shop and grab one ASAP, or just click on that little “Subscribe” button up there…

A: How hard of a decision was it to say goodbye to wakeboarding?
KL: I have been struggling with the decision for a little while now. When I first moved to Florida in 2000 I was fixated on wakeboarding as much as possible and that was where my heart was set. A little over a year after I had moved down September 11th happened and I felt an urge to do something then, but I knew that if I were to give up on riding then I would have regretted it because that was where my heart was at that time. I was torn. In 2005 I got really close to enlisting, I had actually gone in and spoken with some recruiters and was looking into different “pipelines” with different branches, but once again made the decision to continue living the dream as a professional wakeboarder. This last year I really began to give it some thought and began to look into various different branches and “pipelines” once again. I narrowed down a couple of the jobs I was most interested in and began to do some research as to what the requirements were. I discovered that I was almost at the cutoff age for two of the branches! That made me panic a bit and I knew then and there that this was something that I had to do or else I would be disappointed that I never gave it a try. I think it’s a good thing I did my research and found what I did. Realistically I could probably have continued riding as well as I was for a while, but I want to be able to rely on some youth to help get me through the training that I have coming up. It is going to be extremely tough.

A: What will you miss most about being a full time professional wakeboarder?
KL: Actually being on a wakeboard in the afternoons on a buttery calm day with a massive wake. Days like those are what I love the most! I will also miss meeting fans and waking up at whatever time I like. Being your own boss is something that I love. I totally understand that life is nothing like that in the military. I’ve been doing a lot of training and preparation, so hopefully I’m as prepared as I can be. I’m willing to sacrifice it all to do and serve something bigger and better than myself.

A: Why not join the military earlier?
KL: I felt I had more to do in this sport. I knew that if I joined back in 2005 that I would have been leaving the sport before I was ready and I didn’t want to have any regrets.

A: Were they concerned about your past injuries?
KL: Yes, I was told that I would not be able to get the contract I wanted because of my two knee surgeries. When I went down to MEPS (Military Entrance Processing Station) I had to stay an extra day to get a consult from an orthopedic knee doctor who cleared me to do anything I wanted to do. I was very happy about that since I knew that I was physically good to go.

A: What will you say to the guys in the service who will recognize you, who might even ask you what the hell you were thinking?
KL: Well, I don’t think that will happen too often. But if it does I will say that I am here to make a difference just like them. The military is a volunteer organization, no one is drafted anymore.

A: How has the military been in having a top-tier wakeboarder enlist?
KL: To be honest, I have tried to keep it a secret as much as possible. My recruiters obviously found out about it, but aside from that I don’t think anyone in the military will really care what I did as a civilian. It is a new kind of beast and one that I do not expect to cater to a professional athlete. I am just like the man next to me. We are fighting for our country and for each other; I wouldn’t want it any other way.

A: What kind of training have you been doing leading up to your deployment?
KL: A lot of stuff that my body is not used to! Its been crazy, I have kept myself in pretty good shape but the shape that I needed to be in to be a pro wakeboarder was equivalent to a sprinter or a soccer player. You need to have strength just to be able to ride a wakeboard and to do your tricks you need to have fast twitch muscle strength. The type of shape I ultimately need to be in to do what it is that I want to do would be the equivalent of an ultra marathoner, as well as the strength and agility of a mixed martial artist.

Needless to say I have been running a lot, trying to maintain six-to-seven minute miles for five-plus miles. I have also been rucking, which is when you wear a 50-pound military style backpack and go for a long distance over uneven terrain with a pair of military approved boots on.

A: What’s it been like working with Slingshot these last few months of your career?
KL: It has been amazing! I have realized not only how great their current product truly is, but the potential we have to build a big wake riding board with the industry-changing material that they are putting in their boards. Slingshot has already taken the cable and rail riding industry by storm and they have an awesome standing in the wake riding industry as well, but with my board coming out and it being stiffer than anything they currently have in their line I am a firm believer that this board will just add to the legitimacy in all realms of our sport.

A: Oakley has been a huge supporter of the military over the years (as well as huge vendor), how did they react to your enlisting?
KL: Oakley truly is an awesome company, and I don’t say that just because they have been my backbone for my wakeboarding career. They really are huge supporters of our service men and women and produce the best protective eyewear for our troops.

When I told my team manager Matt Swanson at Surf Expo that I was enlisting into the military I think he sort of knew it was coming. He sort of got this smile on his face which I took as “it took you this long?”, so I don’t think it was a shock.

A: Did you accomplish everything you wanted to in your wakeboarding career? If not, what else would you have liked to do?
KL: I know there is a lot more I would have done and accomplished if I continued riding, but that would have come with more injuries. I am lucky my branch is allowing me to join on the contract I have with the two knee surgeries I have had. I was learning a lot more tricks behind my Axis boat and was having a lot more fun riding last year than I had in years prior. I guess that might have also been because I knew I was going to be leaving and wanted to really enjoy my last season. It’s hard to say exactly what more I would like to have done, I love riding and love pushing the limits and learning new things, but I have had my fill with this career and am ready to pursue another dream. I am the most happy I have been in a long time and am also the most anxious to start learning and applying the skills I am about to learn.

“My first experience with Keith Lyman was way back in 2001. Keith was in Seattle with his then team manager of Krown who told me to watch out for him and film with him. Keith at the time was only 17 years old and I was making my first wakeboard film, The Concussion Project. Watching Keith ride for the first time was incredible. I had never seen someone charge like Keith before. He went bigger than anyone and had the coolest style. After that summer I moved down to Florida. Keith was actually the one who invited me to move down to live with him and get my feet planted. Ten years  and some of the most incredible riding sections later, I pay tribute to one of the most fun-to-watch and incredible wakeboarders of all time. Go get ‘em Keith! You are my hero!” – Sean Kilgus of BFY Productions

“Keith Lyman combined power with absolute style like no one else has. His riding was so intense while achieving full control. He reached a level of control and precision that a lot of riders will never reach. It was impressive to watch him ride in person, not only to see how big he really went, but also how much finesse he had was something special. He did things the right way and he will be missed.” – Gabe Lucas

“It goes without saying that Keith Lyman is one of the most talented and gifted wakeboarders this industry has ever seen, and his discipline and passion for improvement and perfection is undeniable. It’s a crazy world out there though, and if there’s anything that I’ve learned recently it’s that your friends and family are often the only way to get through it all. Lyman is one of those friends. He has gone above and beyond for myself and my family in times that he stood to gain absolutely nothing by it. It’s this kind of person that I trust, and it’s this kind of person that humbles me to know is protecting our country. Grateful and proud.” – Justin Stephens

20 years have passed but these covers are still ga