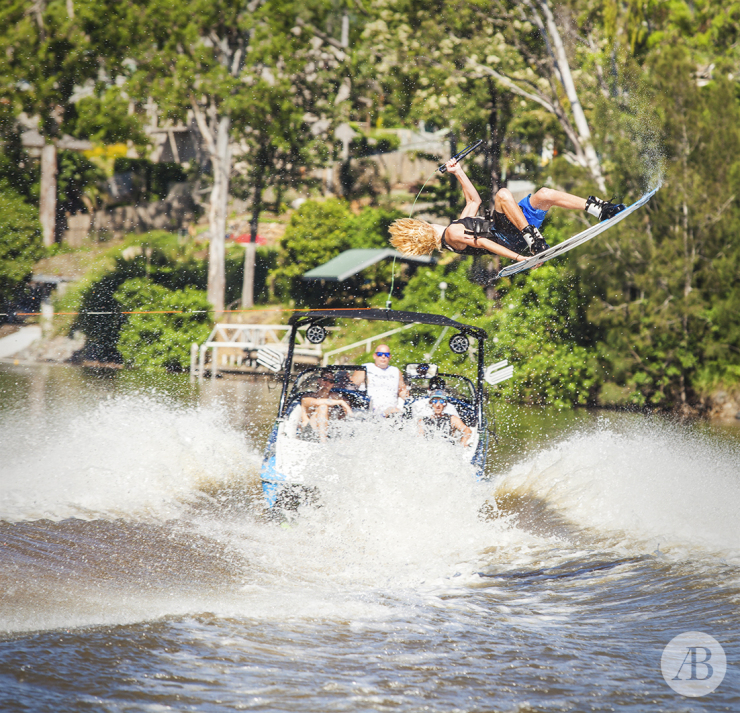 By billmccaffray  •  6 years ago  •  Wakeboard, Global (**warning** this article contains some Australian language that may cause confusion or may even result in extra reading than intended. Do not attempt to read this without use of the glossary unless you have spent a lot of time with Aussies or watch the crocodile hunter)

If you follow the Red Bull X fighters you could be familiar with the LKI logo that the current champ Josh Sheehan has splashed across his bike & jersey when he raises his fist in the air after his double back flip. LKI is the fastest growing lifestyle action sports clothing brand from down under (Australia). With athletes like Josh, James Windsor, Matty Hasler, Chandler Powell and Cobe France as part of the team and LKIs high level of support for the grass root events across Straya, there is no surprise this brand is fast becoming established as Australia’s next clothing brand ready to hit the USA. While most of us were preparing for another dump of snow in early Feb the LKI team hit the water on the Coomera River of the Gold Coast with their two customized Tige’s to get Australia’s biggest surf brand retailer, City Beach key staff amongst LKI team riders and out on the wakes. With team riders Cobe France and James Windsor in charge, ripping out demos and coaching the City Beach staff were in for a sick day.

While two-time Red Bull Harbour Reach champ James Windsor is normally towed by a cable, this banana bender shreds behind the boat and as last year’s Wake Games and Wake Open Junior Men’s champ Cobe France has the tricks to impress any crowd, especially on his home stretch of water in his back yard. The bonzer day started with a two up ride with James and Cobe banging the big tricks off the loaded Tige. After the demo all the City Beach crew hit the water for a wakeboard each followed by a wakesurf cranking off the LKI boat wakes. While the wakeboarding was popular this bunch of surfers went mad for the endless wave at Tige point.

By the time everyone had finished on the water, it was time to crank up the snags on the barbie and crack a tinnie straight out of the esky. With Jason from LKI’s kanga bangers (Kangaroo Sausage’s) the favourite tucker, the City Beach ocean loving crew finished the day keen as on the endless wave only wakesurfing can provide. Check out LKI’s latest range at www.loosekid.com