Oak Wakeskate’s newest edition to their line of wood concaves is something a bit out of the ordinary. It takes subtle design cues from many aspects of board sports. The Chubby is a 39-inch wakeskate that was designed with the intention of creating a more stable ride through a shorter length and a larger width then most tradition shapes. The result is a rock solid skate that may take some getting used to, but with certainly withstand the test of time.

What type of riding is this product best for and why?

Many riders love the Chubby for its versatility and effectiveness in many aspects of wakeskating. The Chubby is responsible for some wild wake-to-wake progression and is universally loved as one mean lock-in board. Because the nose and tail are so wide it is easier to lock in noseslides and other tech grinds. The shorter length forces your feet to stay in a money position that is perfect for lock-in riding. If it’s good enough for Matt “Jelly-Fingers” Hooker’s rail riding then it’s good enough for you.

What is different about it than other boards you’ve tried?

For 2009 Mikey T gave most of the boards, with the exception of the 40-inch Chickin Thief a new 45 degree edge, which provides a slightly different feel than the old, mellower 25 degree rails. Personal preference aside, the rail is meant to provide less drag and overall gives a better pop off the lip. The reason for the new 45-degree rail was thoroughly thought out by Kirby and Mikey T. They say it gives more control over the board and doesn’t release as easy as the 25-degree rail. It also provides a thicker pocket for your feet to sit in and tracks better without the need for fins. The width of the board obviously provides more surface area, which can give you more board control and help you spot your landings.

Appearance-wise, does it look sweet?

The graphics are epic and heavily inspired by Mikey T’s Grandpa Gege. Yes this is the same Gege that is responsible for the first 42-inch board in the line. When Mikey T was younger they used to make homemade Italian sausage in the basement. When considering the whole sausage innuendo mixed with the shape of the board it only makes sense to call it a Chubby.

Oak Team Rider TJ Giesey was one of the major influences on the Chubby and we feel that we must give credit where credit is due. He came up with the idea and the design in a glorious vision. According to Mikey T, there were countless conversations about the board and several tweaks were made before a final decision. TJ wanted a skate with the concave of the beloved team board but in a shorter package without sacrificing width. The nose and tail are very wide and the concave is pushed out. Because there is no lost space on the rails you are open to a wider variety of foot positions to experiment with. Other things TJ loves about the board are how flat and consistently it spins in addition to flipping on axis. The Chubby will go down in history for not only being a great board but for also being an easy setup for jokesters worldwide. Let’s face it, people love Mikey T’s Chubby… 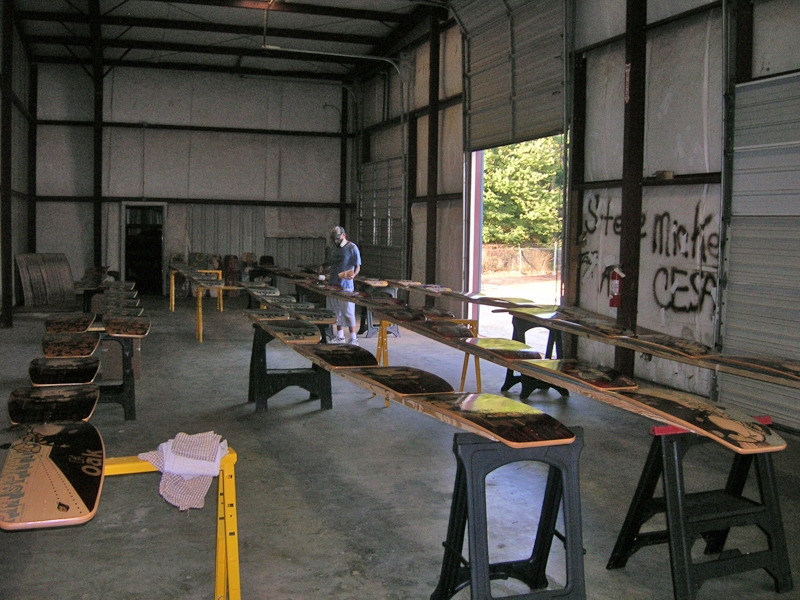