It’s entirely possible that Nick Taylor has some sort of mind control technique he uses on his opponents. Because after landing just about every flip trick in the book, and going 2 for 2 on backside big flips and 3 for 3 on 360 flips leading up to the final showdown, Reed Hansen just couldn’t put it together when he met Nick. This is not to say he didn’t drop a few hammers (switch frontboard anyone?) but he lacked the consistency that had gotten him there. Nick, on the other hand, rode flawlessly, sticking a switch backlip shuv and a perfect backside flip to take home the Rockstar Rail Jam title.

The rail jam is always a favorite event at the Toe Jam because, well, everyone likes to ride behind a Sea Doo. It makes for the most riders, the most variety and the most technical riding the Toe Jam sees all year. Today did not disappoint. While the scene at the Projects rail jam park was a bit mellower than in years past, on the water it was very apparent that wakeskating is not taking any steps backwards (bad economy or not.)

Riders such as Ben Horan (3rd), Andrew Pastura (5th) and of course Reed and Nick have gotten so good that it’s almost not fair to the other people. Then you have old favorites like BT (3rd) and Clint Tompkins (5th) who aren’t about to throw in the towel and let the young kids run away with it. Another notable rider of the day was George Daniels (5th), who is definitely back after a year on the bench. Canada had a strong showing as well, with all three Canadian riders (James Balzer, Yan Lecomte and Nic Harlos) advancing from the qualifiers.

That said, Nick Taylor by no means had an easy path to victory, but thanks to that mind control, and the fact he is a complete and total animal, not Matt Manzari, George Daniels or Reed Hansen, who he faced head to head, were going to stand in his way. So now Nick is a bit richer and the owner of a very cool trophy, but the real winner of the day was Grant Roberts, who predicted Nick’s victory yesterday. 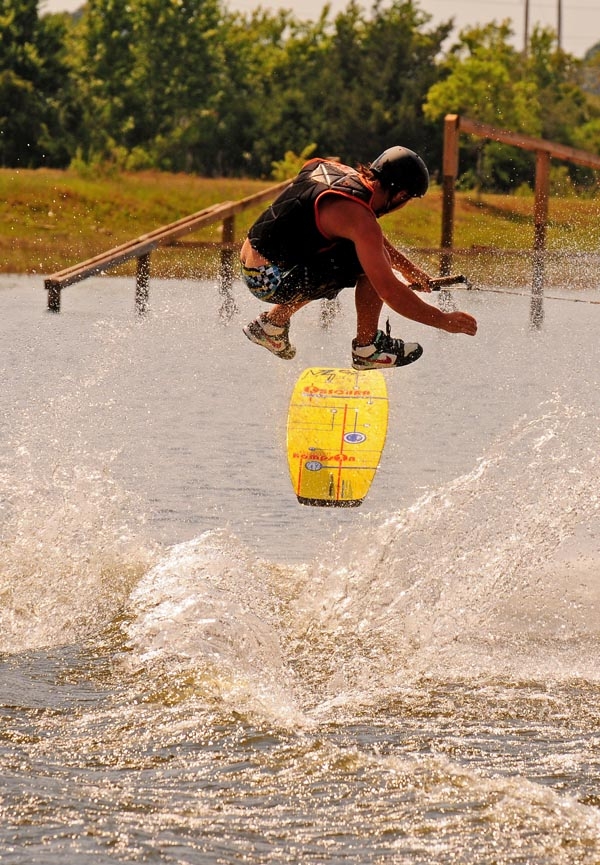