A Look at First Breath 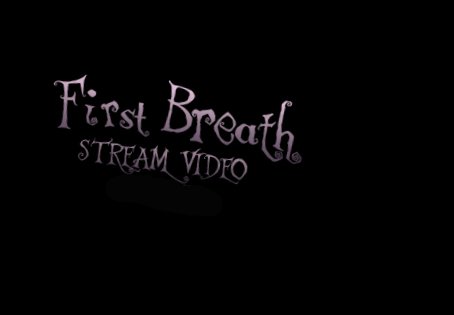 First Breath is the latest all-wakeskate video on the market right now, and it’s completely free!  Produced and created by former Volume videos mastermind Joey Northup, you know this is going to be a first class video of incredible riding from top pros.  Many people remember Joey’s days at the creative helm of Volume when the videos were characterized by a slew of various animation and graphics throughout the films. First Breath has several elements to it that are reminiscent of those days.  The whole intro is laced with these graphics, and I have heard some folks sound concerned about the abundance of the graphics throughout the film.  However, once the intro is over the animation is cut down to a respectable proportion to the amount of wakeskate footage.  I never saw it as interference with the riding itself, and it is a totally unique approach to the film.

Right away I liked how Joey gave props to his buddies Ross, Graham, and Chapman on his intro “dedication page”.  Very true to the brotherly camaraderie that wakeskating continually celebrates.  The intro was something different and showcased Joey and Chapman’s graphic design skills.

The film jumps into gear with a collage of shredding from Scott Byerly, Grubby, and George Daniels.  Scott appears to be riding better than ever (perfect wake to wake three shove), and continues to be a complete badass as apparent by his bungee jump bomb drop.  You have to see it to believe it.  Brian Grubb had several clips in this intro section and I can honestly say it is some of the best wakeskating I have seen out of him in years.  Definitely worth a peak.  The song ends with some classic GD footage.  This intro section set a great tone for the film with these three giants of the sport.

Following that was a small section of the Byerly team sessioning a large ride-up gap in Texas, which they all went on to absolutely shred.  George was doing every trick in the book, including a frontside flip and backbig, and Ross Gardner showed up real quick to stomp a front big and an insanely clean frontside 3 shove.  After all that madness we got to catch a quick section of our old friend Timmy Kovacich, who is clearly still a force on the wakeskate.  I liked watching Tim ride again, because even though he has new tricks I had never seen before (like a huge 360 flip), he still retains that original powerful style he is known for.

Up next is a large friends section featuring both big namers and newcomers.  Chapman Bullock, Jack Moran, Shawn Perry, Ian Reid, and Adam White all put together great stuff for this section.  Will Hambley definitely stuck out as a highlight to this part.  Ben Horan had a few bangers on a huge Toe Jam pool, and Brandon Thomas even appeared real quick to stomp a huge front big out of a pool gap.  Aaron Reed had a quick appearance and the section ended out with Reed Hansen doing some shredding of his own, even barefoot at times.  The song ends out with a beautiful wake to wake varial flip from Hansel.

By this time the video is really moving along nicely, and a section of the Northup brothers continued to up the ante of impressive wakeskating.  Scattered with super 8 footage and graphic motion animation, the brothers put together a solid section of riding and editing.  These two both continue to progress with their switch and regular flip tricks, and it was also great to see an increase in rail riding.  This section certainly has some of the best editing in the whole film.  The section winds to an end with a ridiculously huge pool gap ollie out attempt into the ocean that is pretty mind blowing.  Joey and Graham have a few jaw dropping bangers at the end of the song including some crazy flip tricks off of an incline.  I loved seeing how the Northup brothers have been pushing wakeskating up in north Florida.

Next up was a full-length banger section from Ross Gardner, who is certainly continuing to come into his own as a force to be reckoned with on the wakeskate scene.  Ross has some great new tricks up his sleeve, like his wake-to-wake backside shifty to late shove, and a wake-to-wake late 3 shove, plus some impressive winching.  Ross is always going big and learning new tricks, and this section proves just that.

The final section of the film belongs to none other than Danny Hampson, who proves he has put in some hard work for this section and is landing more and more new tricks, as always.  The intro to his part is a scene from his house in the Keys, where Danny and friends are guzzling down raw oysters and Danny is working on some beats on his guitar.  These little lifestyle clips throughout the film lend to the video’s brotherly feel.  From start to stop Danny’s part is filled with banger tricks, like his huge late front big into the flats and continual new wake to wake tricks, like a switch shove, shove revert, toeside late 3 shove and backbig.  Not to mention his ever present fluid style and fast paced trick linkage give it that classy Danny feel.  Hampson is a pleasure to watch ride and this section is as good as any.  Plus his wakeboarding in the credits is mind-blowing to say the least!

And so all in all, I would give First Breath 4 stars out of 5.  The riding was very impressive and I liked how there were new riders in the film.  My only complaint with the riding was that at some points the tricks that are landed are really dragged out and sketchy.  Of course this is only a few times throughout the film, so it’s easy to let slide.  The music is great and fits all the editing and riding perfectly.  The video’s length is just right, and the filming and editing is top notch.  Joey took a unique approach to this film to give it both a professional and a personal feel to it, and I think he did a great job.  All in all, First Breath is definitely worth watching.  You literally have nothing to lose, considering it’s free, so check out JoeyNorthup.com today.  Let’s hope this is just the “first” of what’s to come in the near future from these guys.

A Look at First Breath