Our current economic situation is getting pretty intense. “The worst financial crisis since the Depression???” Did I hear that right during the Presidential debates? Either way … I am no economist, but between all of the subprime loans and talk of a $700 billion Government bail-out, I have a feeling we’re in for some tough times.

So while Wall Street spirals downward faster than greased lightening falls from the sky, we need to look up and remember one important fact. Wakeskating is still blowing the fuck up! Put it this way … if wakeskating were a stock option, it would be paying high dividends. If it were a financial institution, it would be handing out low interest loans. If wakeskating were a country, it would have a trade surplus and a solid reputation overseas. Why can’t America be more like wakeskating right now? Hopefully, before long, it will be…

A few days ago, I was sent the attached photos from one of our team riders in Japan, and while I was worrying about whether my house would ever sell in this economy or not, the photos managed to bring a smile to my face. I thought to myself … “how awesome is it that wakeskating is really taking off around the world?” How cool is it that people in Japan are throwing their own backyard rail jams? In these grim times, it’s good to know that the thing we hold most near-and-dear to our hearts is getting more popular overseas.

So … I figured that I would share these photos with you. Perhaps you may get a similar stoak from them that I did, or maybe you will just think … “holy crap, the Japanese love really wide hubba rails” or “holy crap, the Japanese wear trucker hats when they ride.” Regardless, it’s cool to see what other people around the world are doing. Who knows … if the financial situation continues to get worse, it might be good to take a few years off and move overseas to wakeskate while things clear up back home. Japan might be a good place to start. 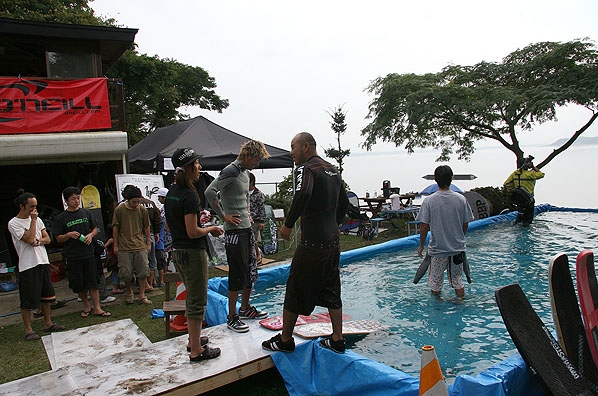