Reed Hansen is a Champ! The carriers were loaded and the rails were wet down to start the action at the WWA National Wake Park Contest. With a stacked final heat including the world champion Reed Hansen and cable stars like John Raurk no one knew what would happen.

Kyle Hyams took to the water first and did not disappoint. He nearly landed a clean run, but not wasn’t able pull off the kickflip in the last turn. That fall opened the door for Bret Little, who was riding with a broken rib. Bret shuved onto the OWC box with ease and landed a clean frontside flip, spreading fear amongst the other competitors. Next up were John Ruark and Andrew Pastura, but they just couldn’t pull it together; both suffered uncharacteristic falls. Steve Campbell has had a hard year in the contest circuit so he was hoping for a strong finish. Coming off the dock strong, he stomped  a huge 540 shuv to frontboard on the box and cleared every obstacle clean.

Last off the dock, Reed Hansen knew what had to be done. He went out and in normal form landed numerous flats tricks and a huge 3 off the kicker. With the stand out run of the day, the crowd knew that Reed took home the gold. The taste of victory in his mouth, Reed threw a victory V-flip off the large kicker and stomped it clean. Though his judged run was already over, it made things that much better. As it turns out, that was the first time he’d ever landed the trick and he said, “It would of been nice to actually land it in my contest run.”

Well Reed, looks like you’ll just have to settle for the title of national champ instead. 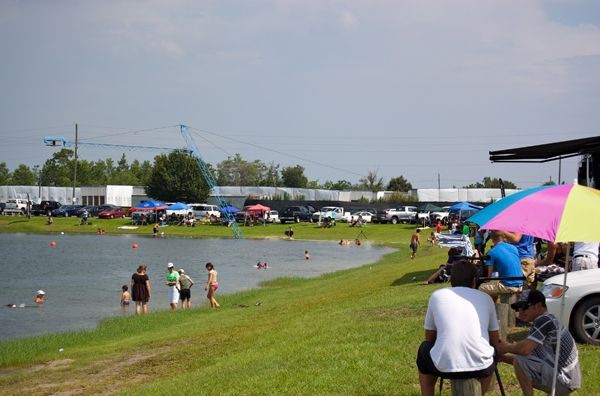