The spot is a new storm run-off ditch that flows into the Intracoastal Waterway off San Pablo Rd. in Jacksonville, FL. It had been raining nonstop for three days straight, and Keegan called everyone saying he had found a sick new spot that looked like a mini Niagara Falls. During a break in the rain, I got together with my friends Andre, Joey, Keegan, and Brittany to go hit it.

To get the winch to the spot we had to wheel it down an embankment, then walk along a three-foot wide, five-foot tall ledge on the water for about a quarter mile. We staked the winch right next the edge of the water and were ready to go. Only one time did the winch come out of the ground and almost fall in the water. Luckily, there was a metal poll that it smacked into or it would have been gone.

To hit the drop you had to walk the line down the ledge then jump four or five feet down into waist deep, fast running water that would pull you towards the gap — so you had to set up fast. Once you hit the gap, you would land in white water, stop yourself and swim towards a ladder that was the only way out. This was the gnarliest part. You had to make the ladder because the ledge below was like six to seven feet so you couldn’t climb up it. The water was pulling you so fast that you could’ve gotten torn up or got your leg caught on one of the sharp gnarly rocks on the bottom as you were being pulled down the ditch.

We had a really sick session, and we’re gonna go up it next time it’s flowing.  But at this spot, it is pretty rare. 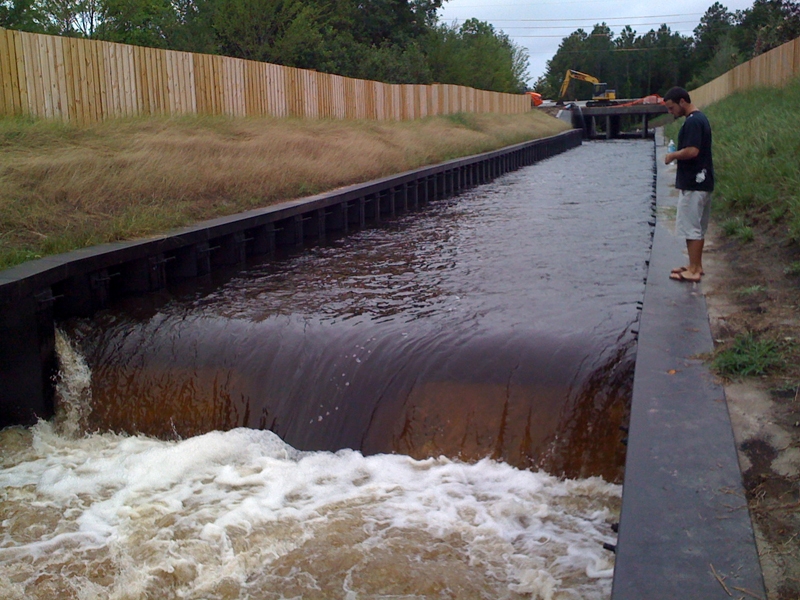