Spot or Not: Macdonald’s Gap Is there anything that could make winching better? Why yes, proximity to a tasty Big Mac, that’s what! And this gap has that and more. Located in a Dallas suburb, the Macdonald’s Gap, as the name implies, is conveniently next to the golden arches. And while it might seem like that would inspire a bust-ridden spot, it’s quite the opposite. In fact, you can spend all day here and not be bothered (unless curious look by passing joggers bother you.)

The gap itself is a basic drop, about 5 feet tall, depending on the recent rain fall, and has no shortage of run up and landing. This spot, like so many in Dallas was spotted by Clint Tompkins. “It’s one of my favorite spots for sure,” Clint said. “It’s nice and safe, perfect depth landing and nice take off. It would be tough to build one better.”

Since it’s a manageable size, a bunch of tricks have gone down here and many of them can be seen in the Fun Boots! and AquaFrolics. Clint has landed a kickflip, back big, front big and switch front big. Nick Taylor can be seen doing a back big and back 360, and Andrew Pastura was the first to frontside flip the gap.

If you’re in Texas, the Macdonald’s gap is not one to miss, so dial up Google Earth and look for those unmistakable golden arches to lead your way! 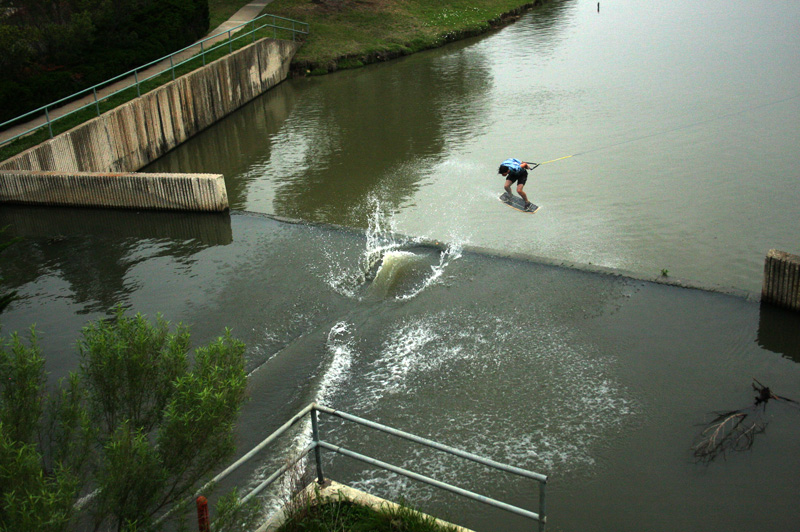 Check out the Macdonald’s Gap in action in this video.

Spot or Not: Macdonald’s Gap