Summer Jam Down Under Photos and Article by: Greg Dillion

The 2nd annual Summer Jam has just gone down in Australia & as usual the organizers at wakeskate.com.au/ have made it a weekend to remember. Wakeskaters from all over OZ converged on Queensland’s Sunshine Coast to shred till they dropped with four days of winching, riding tinny, riding cable on offer at this super chilled weekend that has a real party vibe & party we did. This year it was also run in conjunction with the last round of the ‘Obscura Session’ which is the wakeskate division of the LF Rail Jam series in Australia. The sessions are organized, run & judged by wakeskaters & include a GoRide Challenge run on a linear cable system, a King of Kicker, a Tinny comp & a Rail Jam.

Summer Jam also had a few special guests this year. AARON REED, GRANT ROBERTS & STEFAN SCHRIEWER from OBSCURA, who were also running coaching clinics. These guys are helping push wakeskating in Australia to new heights. We also had a bonus guest, NICK TAYLOR from INTEGRITY, who is in Australia for the first time on a bit of an Aussy adventure, guided by local shredder CHRIS KALLAS.

It was so good having these guys attend the event. They really inspired us locals to push our ridding above & beyond. They also added so much to the party atmosphere of the weekend & those boys’ sure do like to party. Wakeskating nearly took a second spot to the beer consumption over the weekend.

So, a big thanks to Aaron, Grant, Stefan & Nick for making the effort to come down under. They were a big part of our Summer Jam & I’m sure they enjoyed themselves. I hope they’ll be back again soon with a few of there buddies after they’ve spread the word about the Aussy wakeskate scene, the more the merrier. Also, a massive thanks to Paul Munro & Zip Hayes for all their woks behind the scenes, organizing the event & to all the sponsors; wakeskate.com.au – obscura – dvs shoes – suncoast cable – GoRide – I Ride Sideways. An AMAZING long weekend that will not be forgotten in a hurry. 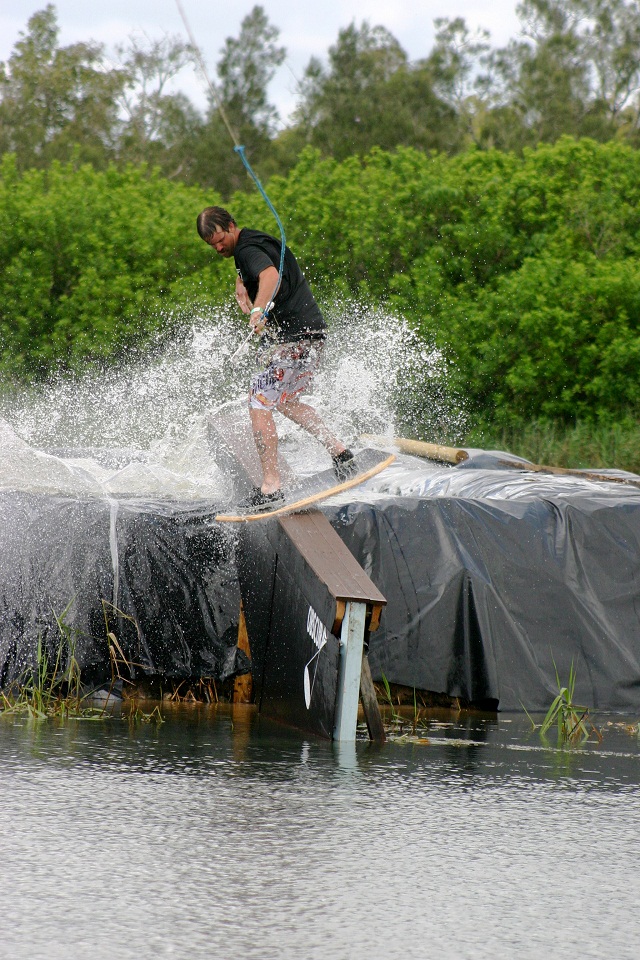