Since Oak is the only independently owned wakeskate company displaying at Surf Expo this year, I figured I’d give them their own post. For 2010 Mikey T and Mikey G are rolling out five models.

One of the coolest things about Oak is all of their boards pay tribute to friends. The stubby features the same character as last year, but this year he’s chopping off his thumb in honor of Mike Grasso. It’s also TJ Geisey approved, since it was his idea to make a bit shorter, wider board. The Fun Boots is and tried and true shape that’s actually been in the Oak line for 5 years. It’s a 41-inch concave with a 25 degree edge, made for Dave Hanson and Keith Lant, creators of Fun Boots.

Mikey T’s personal favorite board in the line is the Hooker Pro Model. It’s a 40.5 inch concave, with a 45 degree edge. Basically this is the team board sized down a bit making it wider in the tips and better for trickery. “It’s awesome,” Josh Kirby said, “that’s all you need to know about it.”

As always, every Oak board is hand made with hard rock maple and basswood cross ply layup, then sealed with a two-part epoxy resin system. Finally they are topped with multiple coats of marine urethane three part poly top seal.

Keep checking back for more updates and products from Surf Expo 2009.

Check out more pictures in the gallery 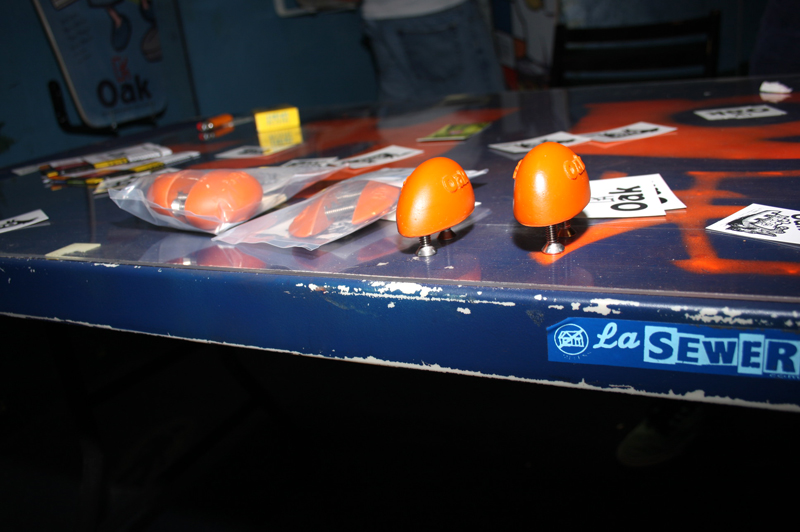