The champion and his extremely inconvenient 5 ft. trophy. Congrats! 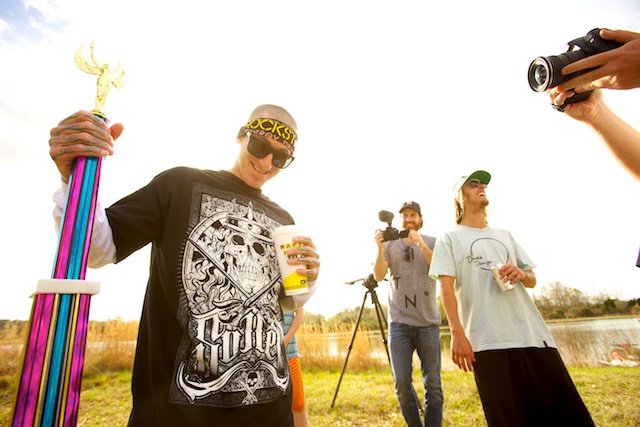