Close to 5000 spectators brought a unique atmosphere to the sun-baked Linz harbour, while 16 top wakeboarders invited to take part in the Red Bull Wake of Steel hit absolute top form. Ten of the 16 starters rode their way into the head-to-head stages, with the winners of the knock-out ties then facing off in a grand final. Taking to their boards for the final were no less than local wakeboard hero Dominik Hernler, three-time Thai world champion Daniel Grant and German trio Dominik Gührs, Nico von Lerchenfeld and Frédéric von Osten. In the end it was Dominik Hernler and Daniel Grant who battled it out over the final. The rider with British descent put in a perfect performance that Hernler countered with no lack of style. A backroll 360 and a series of tricks on the rails saw the Austrian boarder delight the crowd. The charismatic Carinthian eventually missed out on a win by just 0.66 points.

Hernler had the following to say about performing in front of the Austrian fans: “The atmosphere in Linz was unbelievable. The unique obstacle exceeded my expectations and the other riders were definitely impressed. I am totally happy with second place. I wanted to win for sure but it was not to be this time. I hope that the Red Bull Wake of Steel will now become a permanent fixture on the international wakeboard scene.” After taking in the action-packed event, the entertainment continued as the spectators made their way to the Red Bull Brandwagen, where artists like Lylit, Chrisfader, S.K. Invitational , Texta, Kayo&Phekt, Hinterland, Average (Die Au), Andi & Alex helped the crowd get their grooves on. 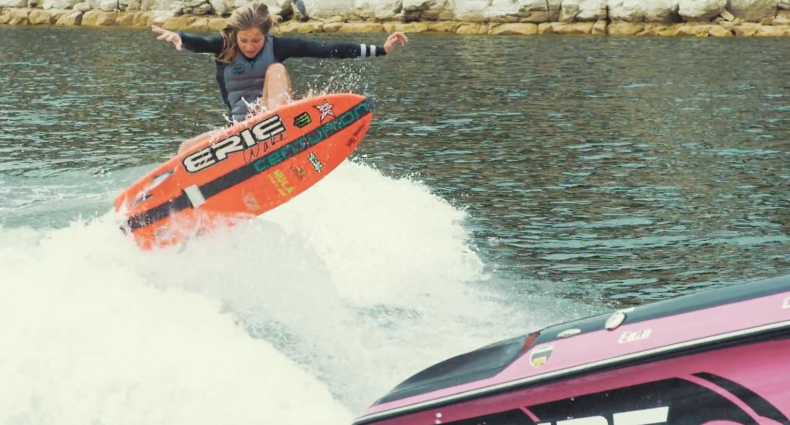