By billmccaffray  •  4 years ago  •  Wakeboard, Videos

Kaesen Suyderhoud and John Deere move the GVT party out west to Velocity Island Park to meet up with Josh Twelker, Tyler Higham, and local talent Jay Miguel, and Ben Canevari. This stop was no joke people… A band, BBQ, give aways, and plenty of shredding on all the CWB park gear. All of us at CWB would like to thank VIP and all of the other parks we stopped at this year to make the Good Vibes Tour 2015 a true success. See you guys next year! 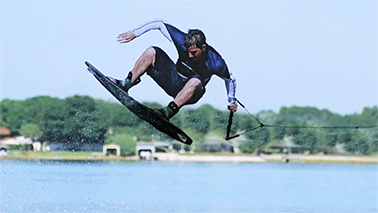