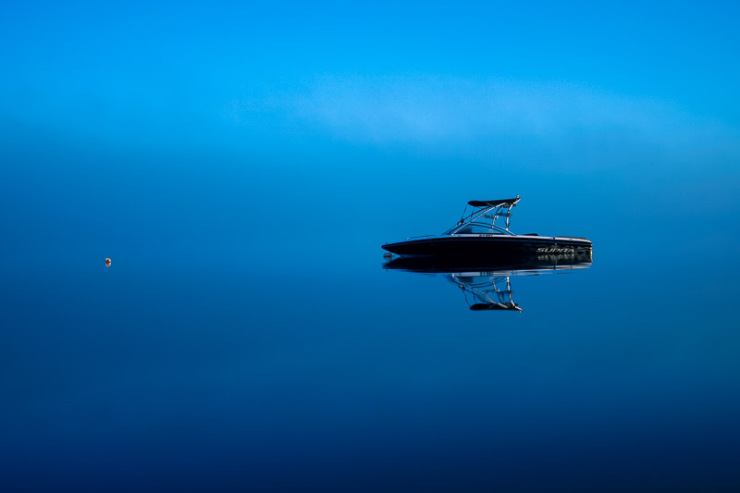 Ten Years of GC
by Bill McCaffray and Bradlee Rutledge Garrett Cortese was much like many young photographers when he sent his first email to us and subsequently submitted his first photos to the mag; an artistic young photographer with a lot of ambition and the belief that his stuff was good enough for us to publish. The incredible difference with Garrett at the time was that he shot only digital images and his images actually were worth publishing. An all digital photographer, that seems standard today, but in 2001 and 2002 it was pretty groundbreaking. His timing was also perfect as we were exploring how to use more digital photography in the magazine and this kid with an amazing eye and a serious love for wakeboarding knew more about digital photography than most of the pros. So much so that the first digital image that we ran as a spread was Garrett’s while he was still in college. Needless to say it has been a pretty good relationship since that moment. This issue mark’s GC’s ten-year anniversary as an employee of Alliance, so here’s looking back at ten years of memories, stories, photos, and more…

First published photo
It was actually two, both in the October 2002 issue of Alliance. Nobody really knew what to do with digital files back then; I’d burned a bunch of images onto a DVD and snail-mailed it to the magazine. After that I probably e-mailed Tony Smith at least once a week asking if anything made it to print. It was probably obnoxious as hell. One shot, of Rich Facciano hitting a double up on the Delta, ran as the opening spread of the Framed section – and it was the first ever digital spread in Alliance. The other one was of Ian Kirk on Lake Shasta, and it ran as a half page or something. When I saw them in print I freaked out, I felt like I’d made it (laughs) – it was really cool to see my name in the corner. First cover
I have credit for the 2005 Gear Guide cover, but truth be told Tony Smith actually fired the trigger. He was acting as art director helping me shoot it during my first visit to Orlando in fall of ‘04. He snapped one as an example of what he was looking for and I took a bunch more. His example ended up making the cover. My first real cover was the very next issue, April ‘05, with Brian Francis boosting a melan 3 off a double up in Idaho. I freaked out when I saw that, too. Biggest screw up
Just months after getting hired and moving to Orlando I was sent out to do some shooting with Emily Copeland for an interview. We tried doing some underwater portraits in her pool and I ended up flooding the housing and killing my camera, which at the time was not a cheap piece of equipment.

I also left my laptop on a flight once… fortunately United Customer Service is awesome.

Favorite place you’ve traveled
Each place is cool because they all have great stories, but Tahiti might take the cake. Going there with Parks and Danny while they were filming the Parks Documentary was insane and a ton of fun. Worst travel experience
Food poisoning in Abu Dhabi. At one point my stomach convulsed so hard from vomiting that I crapped my pants. Fortunately I was wearing boxer briefs, or else I would have had shit in my shoes. I lost ten pounds that trip.

Biggest change in the sport
Wake parks and cable parks. If you’d told me ten years ago that we’d not only have cable photos on the cover, but we’d sponsor and help run a cable contest series, I would have laughed. Hard. It’s really cool to see how far that aspect of the sport has come and how much it’s helping the sport grow. Worst trend in the last ten years
Parking lot rail jams. And hey, we covered them! (laughs) But looking back they were just so gimmicky. And it took a lot of work to put together some of those things that came off so gimmicky!

Favorite cover that isn’t your own
Ryan Taylor’s shot of Ben Horan carving through the cranberry pond from 2013. That photo went on to make it into the Red Bull Illume and was shown all over the world. It’s simple, but so unique and really well done. Best advice you got
“Get closer.” from Kevin Moloney, my photojournalism professor at CU Boulder. Best advice to give
Be your own biggest critic. Don’t settle. Keep pushing to develop your eye and your vision. A better camera/equipment isn’t going to make you a better photographer. And most importantly, be nice. Favorite rider to shoot with
I can’t pick just one. My favorite riders are the ones who are game to go the extra mile to get a really good shot, whether that’s waking up when it’s still dark, building something crazy, doing “just one more”, or a bunch of other things. Craziest story
No offense to the good people of Grafton, Australia, because there are many; but when we were there filming for Defy Danny Harf got mugged by a drunk local while his arm was still in a sling from shoulder surgery.

Or the time riding icebergs in Newfoundland. A giant piece of one sheared off and our local guide started screaming the whole thing was going to tip and send a wave over our boat. We all about shit our pants in panic trying to get clear. Josh Sanders panicked so much he accidentally sucked the tow rope into the Red Bull PWC and got stranded. Of course, the iceberg never tipped. Funniest story
There are so many, but two of the funniest happened on the third (and last) Coming Up trip we did to Mike Schwenne’s houseboat on Lake McClure. One involved Bob Soven climbing up the hill from the lake, about 300 feet up the hillside, and rolling a giant boulder down in hopes of creating a giant splash. He called it “boulder dashing”. It didn’t make a huge splash, but that was only because it landed right on Schwenne’s paddle boat that Bob had used to get to shore in the first place. I’ve never seen that much plastic turn into a taco that quickly before.

The second story is a tripwire prank Schwenne, Derek Cook, and I played on Big Spence. The three of us went to bed on the roof of the houseboat while Big Spence and the guys hung out downstairs and drank some sodas. Spence came up to visit us once and was laughing hysterically about drawing on Stu Shinn, who had passed out earlier. When he left Derek had the bright idea to set up a tripwire by tying a wakeboard rope across the roof and putting some bean bags on the other side to “soften the landing”. As soon as we finished, turned off the light and got back in our sleeping bags, Big Spence came running back up. To put it simply, he ate shit. We soon found out that a couple bean bags don’t really soften the blow when you’re as big as Big Spence. He had no idea what happened. It was hilarious. A defining trip/story that sticks out in your mind
My first trip/story assignment after I moved to Orlando was to go with the Hyperlite team to the Keys while they shot their 2006 catalog. It was the last trip for the “super team” with guys like Parks, Harf, Chad, and everybody together before Ronix started. But the first night there after driving all day everybody was hanging out at the Tiki Bar at the hotel. I didn’t know anybody really well at that point, but Parks bought a beer and handed it to me. He basically said, “Welcome to Florida, man, here’s to your first trip and hopefully many more.” That meant a lot to me then, and still does now. A guy like Parks doesn’t have to do that for a new kid on his first “assignment”, but it just goes to show what kind of guy Parks is and really how cool this sport is.

One photo of yours that stands out to you
Probably the 100th issue cover with Raph Derome hitting the chain rail. There was a lot that went into making that happen in a really short period of time. Reed Hansen had never met Raph before, but when we hit him up asking for help he was totally game. It took the three of us and Ryan Anderson several tries to get the chain setup properly, and not only was that a little crazy, but watching Raph hit it was crazy. It wasn’t exactly an easy thing to do, and it came with a lot of risk.