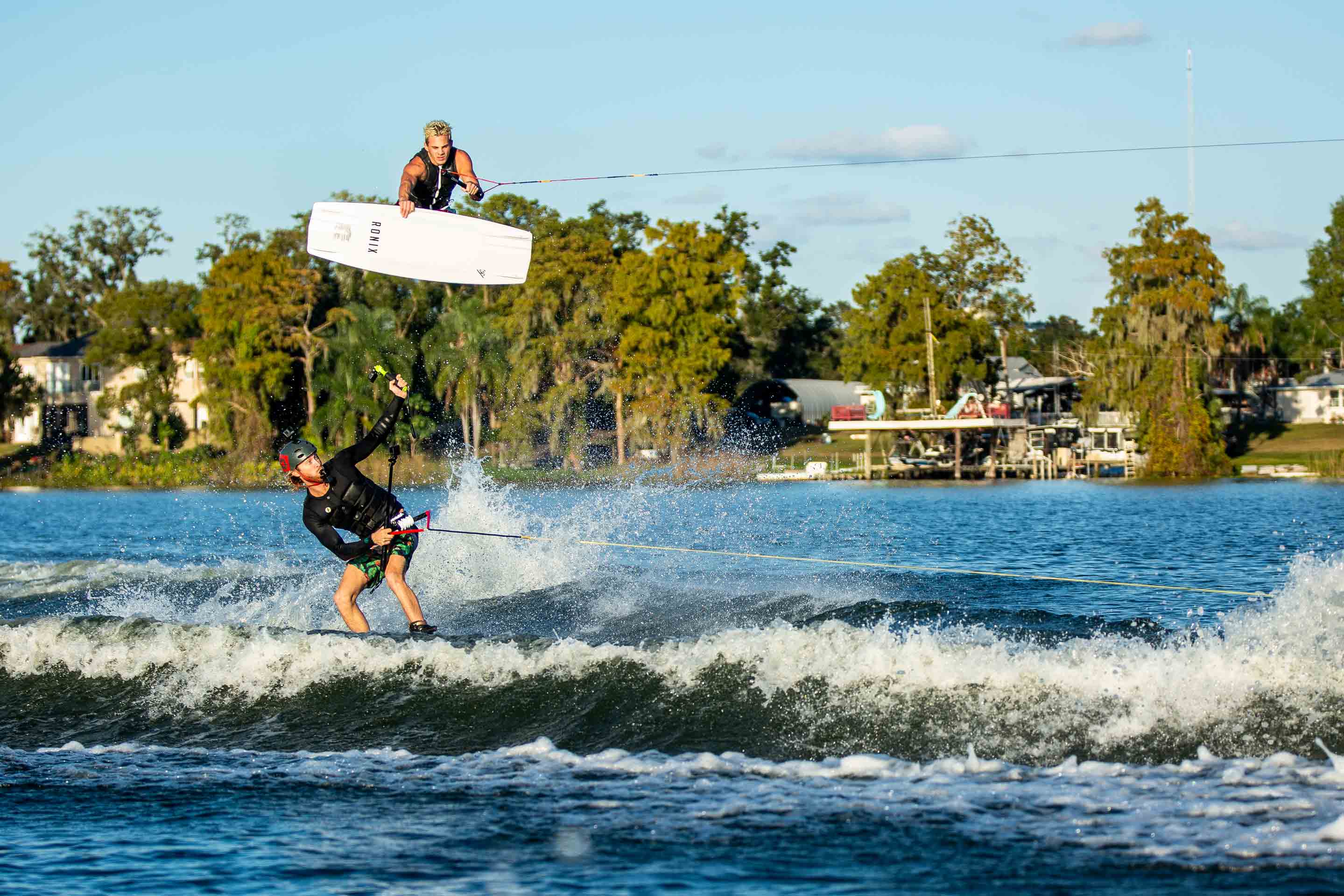 A stiffy and FOUR GoPros?! You know that shot was epic … (photo: Mathis)

When you’re out there shredding with your bros (and lady-bros), you have to let everyone on the Internet know you’re ripping, right? So how do you make sure that the people know that you’re constantly killing it, huh? Well, the answer is simple … post, post, post! Facebook, Instagram and Twitter are all tools at your disposal to show off your wake-shredding prowess. But you don’t want to just post any old content, do you? Of course not! You only want to post hammers and you shouldn’t settle for anything less! Because if you’re not dropping hammers every set, then what are you even doing? Hammers aside, you’ve got to get creative when getting your shots. Last thing you want is some shakey, pixelated, out of focus video or photo shot straight from the boat, right? Right! If you want to get “The Shot” then you’re going to have to try a bit harder than that. Luckily for you, we’ve come up with a little list of tips and tricks to try next time you’re out riding, so you can really brighten up that Insta-feed of yours. Be careful though, getting banger clips and photos is a full time job so if you’re not ready for Insta-fame, then turn back now!