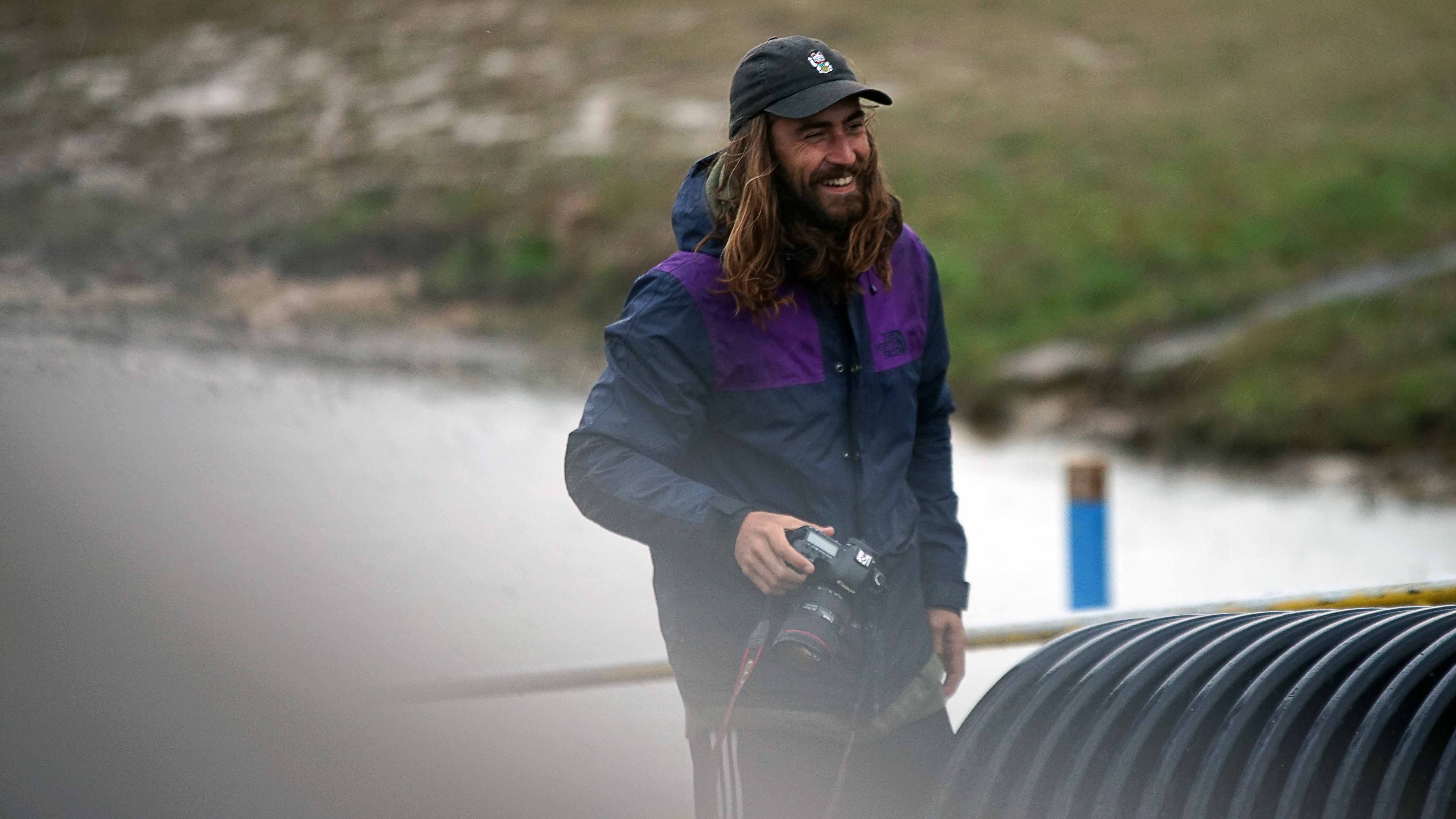 Just another day at the office (photo: Belmont)

Alliance: Jay, what’s up man? For those who don’t know, tell us a little bit about yourself. Where are you from? How’d you get into shooting photos? You know, that kind of thing.

Jay: What’s good! I’m from London in the UK and that’s where I base myself when I’m not travelling. The past few years I’ve been lucky enough to escape the winters there, ‘cuz man, they really suck! I’ve been shooting professionally for just over seven years, since I finished my photography degree at university. I decided at a young age I wanted to be a photographer and spend my life creating, and for the most part I’ve been lucky enough to make a living doing exactly that. I started wakeboarding in 2016 to help get over a breakup and I quickly fell in love with the sport. After a year of just concentrating on progressing my riding and developing my understanding of the sport, I started shooting for the guys riding around me and quickly found my own style with it. Shooting wakeboarding has fast become some of the most rewarding photography I do.

J: I love my Canons; I’m on a 5DS body at the moment. I bought it for my studio work, it’s not suited for sports photography at all, but having to work around its impracticalities when I’m shooting wakeboarding makes getting the shot all the more satisfying. The 70-200mm is my go-to lens, but when I can get close enough, I’ll draw for my 24-70mm. If I’m feeling lucky (and trust the rider I’m shooting with) the 16-35mm is a whole heap of fun because you have to be right up in the action to make the wide angle work. In terms of a dream setup, like a poor man dreams of a Rolex I’d love to have everything Leica. To close my eyes and imagine having a locker fully stocked with all Leica gear, new and old, analog and digital, now that puts a big ol’ smile on my face.

A: If you weren’t riding and shooting photos, what do you think you’d be doing?

J: Oof … I try not to think about that! I guess there’s a part of me that wonders what it would have been to go and sell my soul in a suit for that big city money, but the other side of me thinks that running a bar in a shack on the beach would be living the best life. Ultimately though, I can’t imagine a life where I’m not creating something.

A: Where’s the coolest place photography has taken you? What spots are on your future hit list?

J: Probably the coolest place I’ve shot in has been the Havasupai Indian Reservation, which is completely encompassed by the Grand Canyon. It’s only accessible by helicopter or an 8-hour hike in, and for that reason, the indigenous people there rarely leave. The scenery there is jaw dropping, and seeing how the locals live life there was a crazy experience. It’s well worth getting on your bucket list if you haven’t been there. I’ve got a plan in the works for a road trip up to Scandinavia this summer. I’ve been hearing lots of tall tales of the natural beauty in that part of Europe so I’m making moves to go and see for myself. Japan is another place I’ve never been to and it looks like such a beautiful country, especially when those cherry trees are blossoming. It would be insane to shoot there.

A: Who’s your favorite athlete that you’ve gotten to shoot with? The guy or girl that’s always down for a crazy set up/idea. Who are you hoping to shoot with in the future?

J: I’ve been fortunate to work with some great riders during my short career shooting wakeboarding but I’ve got to say that I’ve had the most fun with either John Dreiling or Ryan Peacock. They’re both really creative dudes, on and off their boards, and that lends itself really well to working with me and the limitations of stills compared to video. A lot of cable riding is next to impossible to do justice when you can only see such a quick snapshot of whatever trick or line the rider is doing. These boys understand that and that makes a big difference. I’ve shot in a variety of locations with both of them and we always get something that feels fresh and unique. They lay down lap after lap as well which makes my job a lot easier! There’s so many insanely talented riders out there that it’s hard to single anyone out. I guess if I’m around and you’re gonna send it, make sure you let me know – I want that picture!

A: What’s the craziest thing that’s happened on a shoot? Camera decided to explode? An unexpected hospital visit?

J: *laughs* Fortunately nothing quite that crazy! The story that always comes to mind is from a few years back when I was taking photos of a house to go on the market to be sold and there was a tenant in the property who wasn’t happy her contract was being cut short because her landlord was selling and really didn’t take kindly to me being there as part of the process. Long story short, she ended up screaming at me and throwing a half-full steel lined laundry hamper down a flight of stairs at my head. Fortunately it missed but only narrowly. I guess that was pretty crazy.

A: You spent the whole 2018 season shooting at Liquid Leisure, right? What was that experience like? Tons of pros coming and going at one of the biggest parks in the world, you must still be drowning in shots from there.

J: We had such an epic summer at Liquid last year! I think it’s safe to say the park there has never been so full with rails, hacked so much in such a short time and always with such innovative ideas. Unit Parktech got involved like Dr. Frankenstein to create the monster setup that was the London stop of Plastic Playground, an event I was stoked to do the photography for. Aside from Plastics, the enthusiasm of the cable manager Ben and his merry band of Spaniards was the driving force in facilitating the forever rearranging setup, and with so many talented riders coming through, paired with such great weather, we were able to create some real magic on the lake that year. I hope this summer brings more of the same!

A: What do you like to shoot outside of wake?

J: I’ve spent most of my career shooting interiors, which I’ve enjoyed, but always found myself thinking the shot would be so much better with someone in it. I’d have to say photographing people has to be my favorite. Capturing authentic human emotion can be really challenging, but that only serves to make it more rewarding when you get it. Everyone is so different; it’s incredible to capture that. I’m looking forward to shooting a whole load more portraiture in 2019.

A: Where in the world are you right now? What’s next on your agenda?

J: After an epic four months away across the pond, work opportunities have brought me  back to UK, so right now I’ve got my head down stacking some cash to support another summer with as much time on the water as I can afford haha.

A: Everybody’s got ‘em so let’s hear those shout outs!

J: Hells yeah! First off, it’s got to be all the crew at my home spot of Liquid. I have to give props to Stu for making us such a great playground, Ben and the boys, notably the Spanish Mafia for always keeping the features clean and the place vibe-sy. A word out to the safety meeting masses and a big thank you to all the boys who have driven me in the boat, your time is invaluable and you deserve all the credit for that. Also all the talented guys and girls I’ve shot with and all the cables around the world that have let me ride in return for my photos. That’s a real trip! Last but not least, I’ve got to thank my parents; my dad for passing on his passion for being on the water, and my mom for always understanding and her unwavering support.