It started with 8 teams at Lake Las Vegas on a Thursday morning. This was 363 days after the Wakedevils swore they would win the national title next year. And they kept that promise.

Rollins College, this year’s newest team, was the first team to ride against ASU. Even with Damien Adam, the individual Open winner, it wasn’t enough to take down the loaded and focused WakeDevils.

In the second round it was ASU against Sac State.  These two teams have seen each other too many times before in the regular season. But solid Sac State was just not enough for an upset. They would end up 4th in the nation and have another top 5 season.

The Wakedevils suffered what could have been a devastating blow when top rider R.J Pabon went down mid first pass to a fractured tibia.

They would be without him in the finals.

South Florida was showing their strength now too.  They took out the defending champs Chico State in round 2.  Chris Waters, Sean Darby, Lewis Link, and Spenser Bass lead the Bulls back to the finals for the second time in 3 years.  They were the 2011 College Wake Champions.

The finals were set for a late afternoon on Lake Las Vegas. The Axis A22 had provided 3 days of clean wake and great rides. The wind laid down so the water was perfect.

These teams were extremely evenly matched.  It was one of the best finals we have ever seen. Chris Waters of USF took the overall top spot with an epic run in the finals consisting of Toeside off axis 5, S bend, Hoochie Glide, and a missed tantrum to blind.

J.P Bray, Ryan Platt, and Robert Skousen of ASU all stepped up to hold off the Bulls final charge.  They were finally the College Wakeboard Champions!

The top 2 teams went home with over $2000 in gear a piece from Jet Pilot, Smith Optics, Slingshot, Buywake.com, Marine Products, and Kicker Audio.

Big thanks to Lake Las Vegas, Boulder Boats, and all those who helped make this event possible. 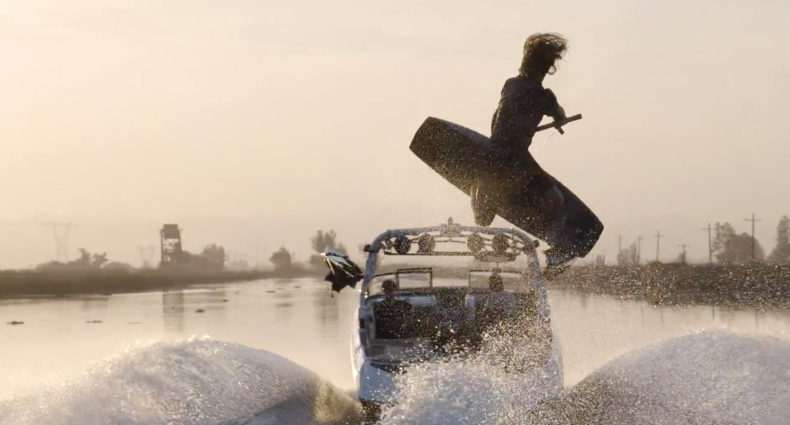