The Aussies are back in the northern hemisphere to continue their endless summer of wakeboarding, goofing off, wakeboarding, winning wakeboarding, more goofing off, and more wakeboarding. I met up with Daniel Watkins, Scotty Broome and Chris O’Shea yesterday to do a little dawn patrol photo shoot.
Unorganized would probably be the best way to describe the morning. I’d told Daniel the night before that I’d be at his house at 8:00 AM — not too early, but not too late. Of course, I got there at 8:15 having forgotten that a lot of people work in the mornings in Orlando and that the freeway can be somewhat congested during that time. Daniel was up, but informed me that Scotty and Chris had gone to bed after looking outside and seeing the dark clouds in the sky. I, too, had thought of going back to bed after seeing the gloomy conditions, but decided I might as well try to get something out of it.
Scotty and Chris got back up and we slowly started assembling our respective equipment. For me this meant inflating my gigantic tube and trying to untangle my 100-some-odd feet of towline. It took a while. For the Aussies this meant getting the cobwebs out of their heads and putting gas in the boat. But once we got onto the water, it was all business. Well, kind of. It was cloudy, the water was kind of choppy, and it was still early in the morning for us wake folks. The stokeage wasn’t too high. I hadn’t shot from a tube in some time, so I was just worried about trying to not screw anything up. The Aussies hadn’t ridden in the morning in some time, so they were worried about not being able to do anything at all. As always, though, the boys pulled through with some smooth riding. I’d never seen Chris and Scotty ride in person before, so it was fun to be able to shoot them for the first time.
In the end, despite our unmotivated approach, Mother Nature’s lack of cooperation, and one mangled rope and handle after an incident with the boat’s propeller we managed to get some decent photos and have a somewhat productive Thursday morning. Of course, right after we finished shooting I managed to step in a fire ant mound. For some cruel reason I seem to be more allergic than others to fire ant bites, so I am now sitting on my couch with my foot elevated and packed in ice to try to make the swelling go down. Outside it is sunny and gorgeous for taking pictures, but I can barely stand on my left foot. Damn fire ants. 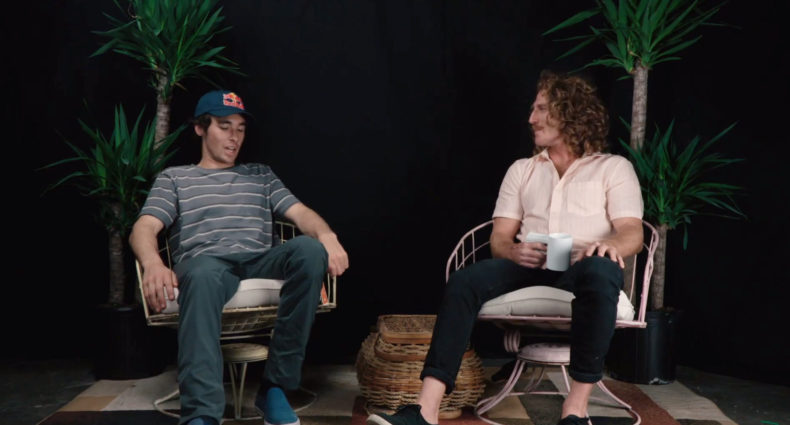