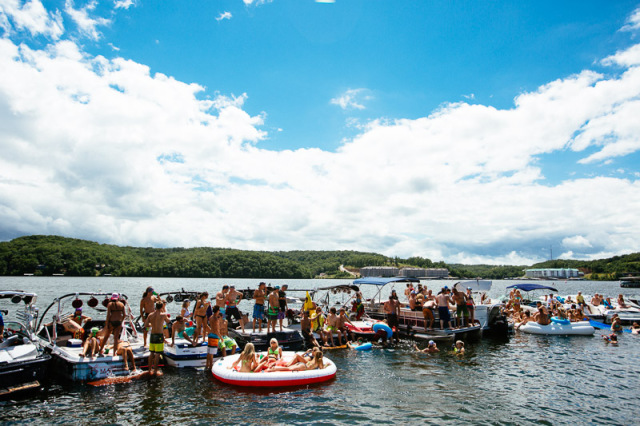 With the contest already complete, the riders and fans of BROstock still came out in force on Saturday to have a good time and enjoy the atmosphere, despite less than ideal conditions from Mother Nature. Winds upwards of 20 MPH and occasional downpours made the crowd a bit smaller, but the party still rocked as boats managed to create another fun-filled flotilla on the Lake of the Ozarks outside Captain Ron’s. A few riders, including Tom Fooshee, Harley Clifford, and Bob Soven still hit some double ups and put on a little wakeboarding show for the fans in attendance. The rest of the riders got in the mix on the flotilla and had some fun with extra curricular activities with the fans. 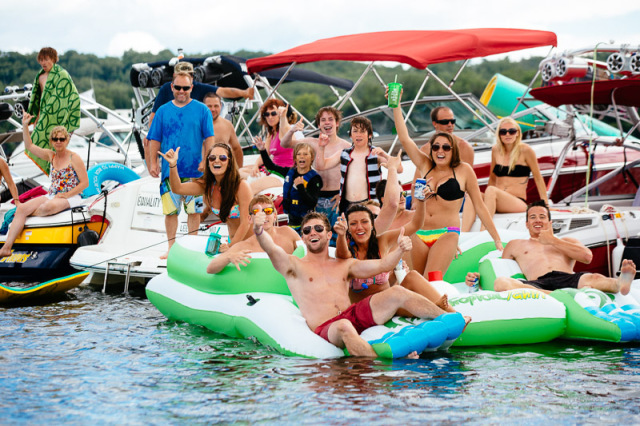 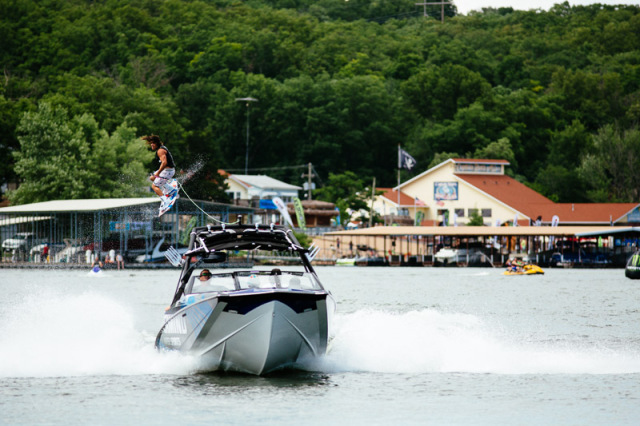 Fooshee keeping the show going for the crowd 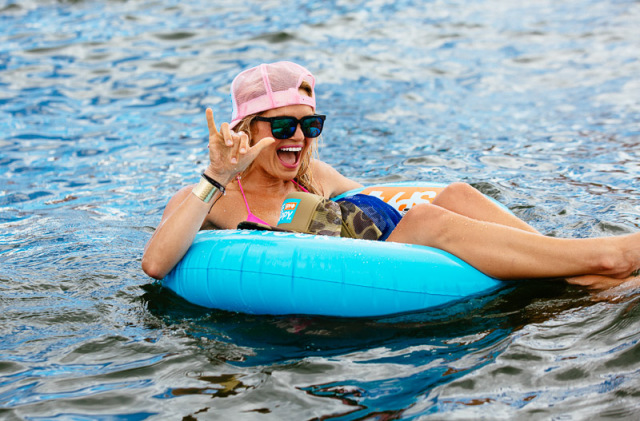 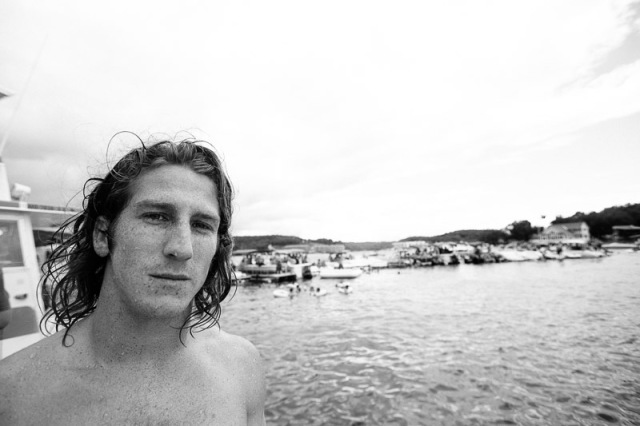 The day finished off with the awards ceremony. As was decided by the riders on Friday when the contest had to be changed due to the bad weather forecast for Saturday, the 10-man semifinal became the final round. Riders 10-2 would each take home $3,000 while first place would take home $10,000 (sacrificing $5,000 to spread the wealth through the rest of the heat). In the end it came down to who could land the best trick in the waning light and nobody could match Harley Clifford, who rode second to last. He pulled off an unbelievably clean indy double tantrum to take home the top spot and the cash. Aaron Rathy grabbed second and Adam Fields got third to round out the podium. Of note is the fact that Fields has made the podium at BROstock in 2014 (3rd), 2011 (1st), and 2010 (2nd). 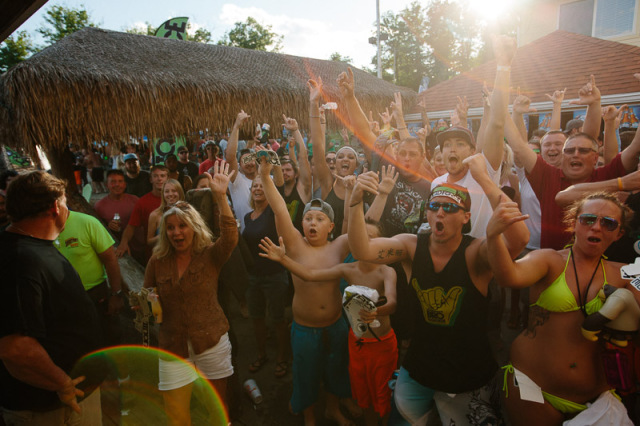 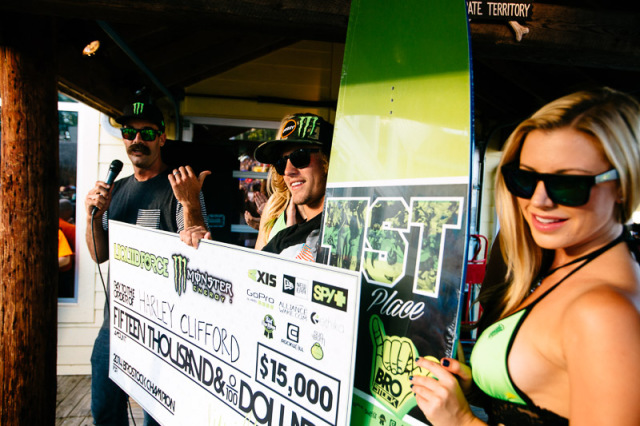 The second award of the day (and arguably the most important in the spirit of BROstock) was that of Mr. BROstock. Last year the award went to the one-and-only Danny Hampson. This year there were many people in the running, but it came down to one man who has done more for BROstock than most anybody else, been to every single one, and just helped the sport in ways that can’t be measured. Plus, he brought the fun to the top level this year. That man is Liquid Force’s VP of Marketing and Sales, Don Wallace. 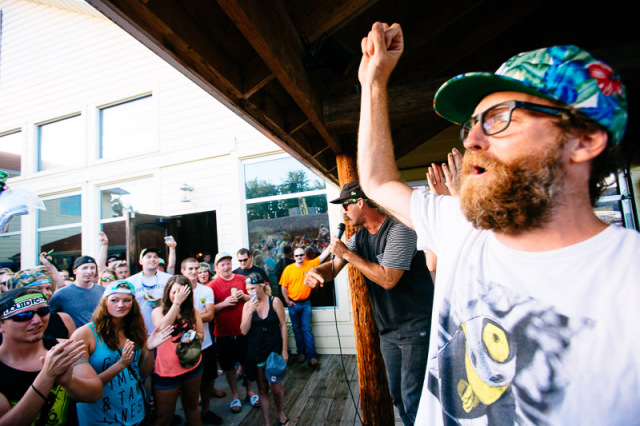 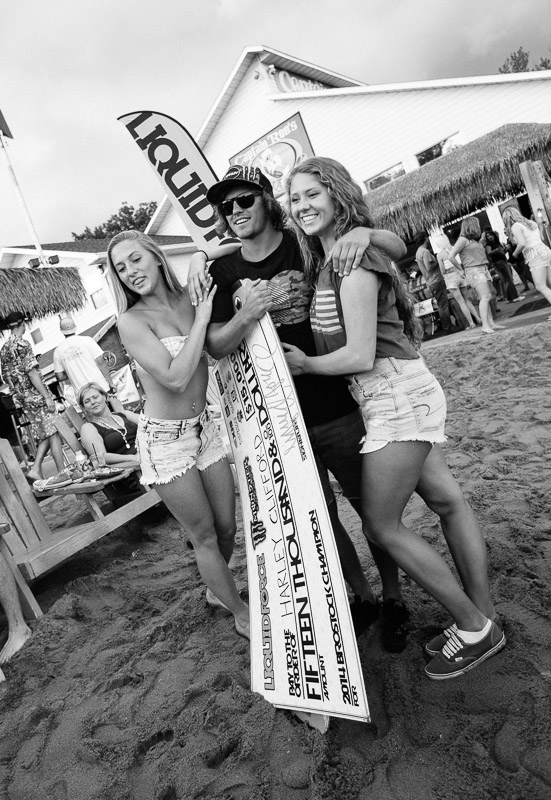 The awards ceremony marked an appropriate end to an unpredictable but unbelievably awesome weekend. BROstock 2014 was another amazing succes, thanks of course to all the sponsors and riders involved – but mostly to all the fans who come out and make it what it is. Who’s ready for next year?