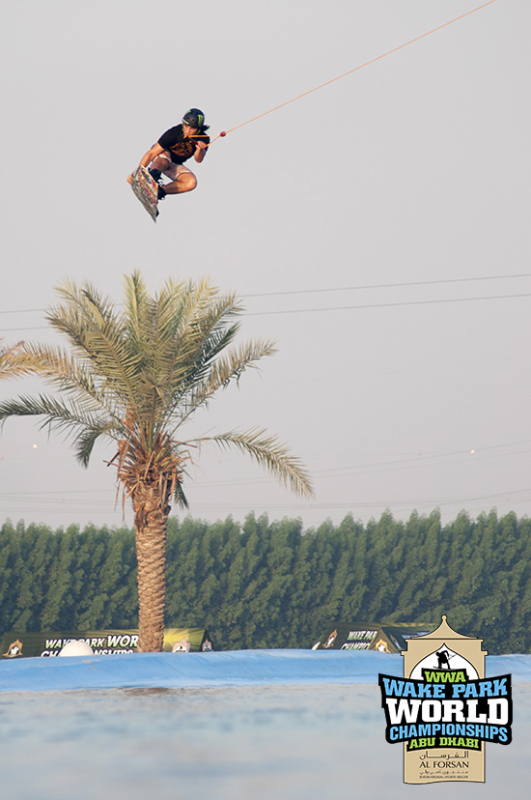 From Abu Dhabi, UAE (October 14, 2014) — Prize Money for the 2014 WWA Wake Park World Championships hosted by Al Forsan International Sports Resort has been raised by 33% from the previous year’s $30,000 USD to $40,000 USD. The additional $10,000 in cash has been raised directly by the WWA and Al Forsan International Sports Resort in an effort to continuously grow the prestigious event to it’s highest potential.

In addition to the extra prize money, the Pro Men’s and Pro Women’s divisions will also have a night-time, fully illuminated big air kicker contest while DJs rip apart their turn-tables in to the night. Each division paying out $1,000 USD to the absolute best hit. The finalist from both the pro men’s and pro women’s features will automatically be entered into the big air kicker contest.

Pro Wakeskate, Pro Women and Pro Men are among the payout divisions; however, there is still plenty on the line for the Amateur divisions, as the race for their respected 2014 WWA Wake Park World Championship titles will force riders to elevate their riding to their highest potential in both traditional “flats-tricks” incorporated divisions and features “rail-tricks” based divisions. 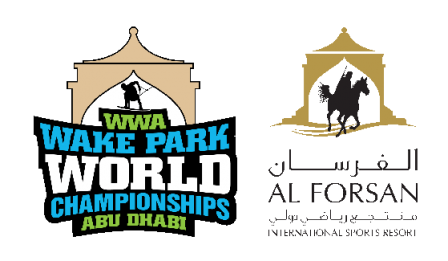