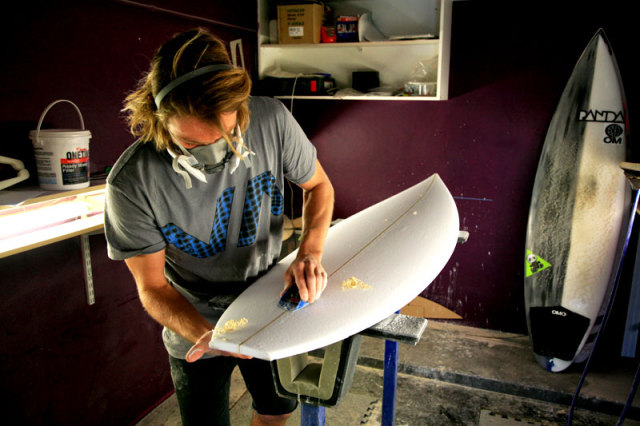 All-star line up will be in Orlando for a unique celebration of surf and wakesurf board design and shaping.

August 27, 2014 — For nearly 40 years Surf Expo has played a vital role in the global surf hardgoods market, and next week’s show will once again pay homage to the craftsmen at the roots of surfing heritage.

Surfboard, fin and related accessory companies from around the globe will display their latest innovations at the September edition of Surf Expo.

“Since our inception, Surf Expo has always strived to highlight surfboards and shapers, as they are the true core of our business. Surf Expo offers shapers the perfect venue to display new designs and technology to the marketplace. Our September show in particular brings not only an international market, but a collection of Surf, Wake, Kite and SUP shapers under one roof, showcasing the best of the boardsports industry,” said Surf Expo’s Show Director, Roy Turner.

At the center of the Shaper’s Gallery will be the first ever Surfboard/Wakesurf Shaping Challenge at Surf Expo curated by Ricky Carroll and Alliance Wake. Master board builders will compete to shape two boards in 3 hours—one wakesurf, one surfboard from blanks provided by US Blanks. The grand prize winner will receive $1,000 and a booth at the January 2015 Surf Expo show. Featured shapers include Brett Telinger of GUM Surfboards, Jim Hannan of Hawaiian Pro Design, Jason Standley of Ronix, Tony Logosz of Slingshot, and Sam Barker of 3DM.

Turner also added, “At this show we are excited to highlight a cast of Australia’s best shapers including Simon Anderson, Luke Short, Al Emery, Vampirate Surfboards and Aloha Surfboards who are kicking off their US tour at Surf Expo.”

About Surf Expo
Surf Expo is the global watersports and beach lifestyle tradeshow. Produced in January and September each year, the shows draw buyers from specialty stores, major resorts, cruise lines and beach rental companies from across the U.S., and 71 countries. Surf Expo features approximately 2,500 booths of apparel and hard goods and a full line-up of special events, demos, fashion shows, and annual award ceremonies. The 2013 shows were named among Trade Show Executives Fastest 50 for growth in attendance, number of exhibitors and net square footage in addition to being named The Fastest Growing Tradeshow for Attendance by TSNN. For more information visit www.surfexpo.com. All shows are open to trade only.