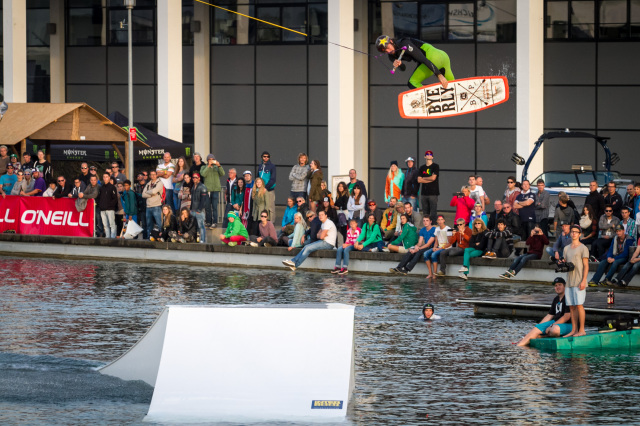 On 20th of September, 2014, Nico von Lerchenfeld and the INTERBOOT trade show will welcome some of the best rail and kicker riders to the unique contest CASH FOR TRICKS. Pulled by a Sesitec System 2.0 the setup will consist of UNIT Parktech features on the trade show lake in Friedrichshafen. With 5.000 Euros prize many up for grabs the athletes will push their limits to show that they deserve a stack of the cash. This year will include a live act of up-and-coming German rapper Umse and a new and promising location at Sky33 in Friedrichshafen for the after party.

CASH FOR TRICKS, one of the best wakeboarding events of the year, will once again take place at the international watersports exhibition INTERBOOT in Friedrichshafen, Germany, on 20th of September2014. Sesitec will install the portable two-tower cable System 2.0 to pull 16 world-class riders across the trade show lake. Equipped with a UNIT Parktech Spine Kicker and the new straight rail from the Pyramidseries the obstacles-setup will be perfect for amazing tricks.

International pro rider lineup
This year Nico von Lerchenfeld invited his Monster Energy team colleagues Lior Sofer (ISR) and NickDavies (GBR) as well as some other talents like Frederic von Osten, Miles Töller (both GER), Mattias Hoppe and William Klang (both SWE). But also a bunch of Germans who rocked CASH FOR TRICKSthe last couple of years will be there: Tobias Michel, Manu Rupp, Nico Kauzner, Tim Auf dem Graben,Niko Kauzner and last year’s wildcard winner, Max Balser. There are two more names to be announced and one wildcard to be given away at “Check-In @ Wakeport”, 7th of September.

Unique contest-format and 5.000 Euro prize money
Like the last year a qualification round will only have the best nine riders go through to the finals. Their challenge will be to get the crowd as well as speaker Clint Liddy cheering for them, because for bigger applause there will be more money put into each riders glas cylinders.

Live act at contest site and after-party in Sky33
Cash For Tricks is about having good times. Therefore German Rapper Umse will be another highlight for the event. He will perform at the event site right after finals. To give the riders a good opportunity toreinvest some of their prize money the legendary after party will take place in Friedrichshafen’s Sky33bar. Dj Laik and the Rowdyclub Crew will spin the turntables that night. Make sure to get a ticket at CASH FOR TRICKS as there will be limited space!

Those who want to rock the setup themselves will get the chance to ride at STUFF FOR TRICKS on Sunday, 21st of September. O’Neill and other event partners will give away nice goodies for good tries.All this should be enough to get you hyped and join the 5th anniversary of Cash For Tricks at the Interboot, Friedrichshafen, Germany. Nico and his friends are already pumped for another weekend of awesomeness! Be there! 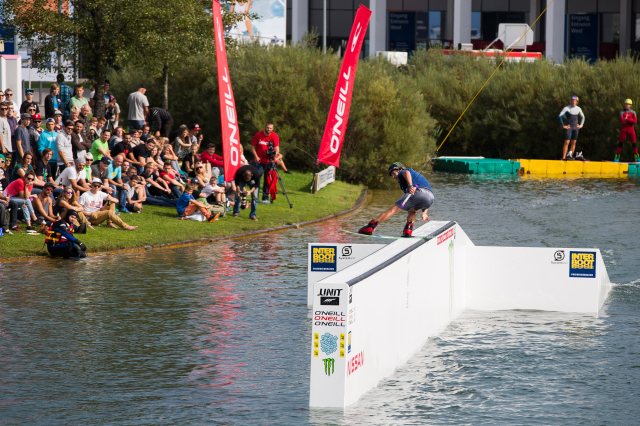