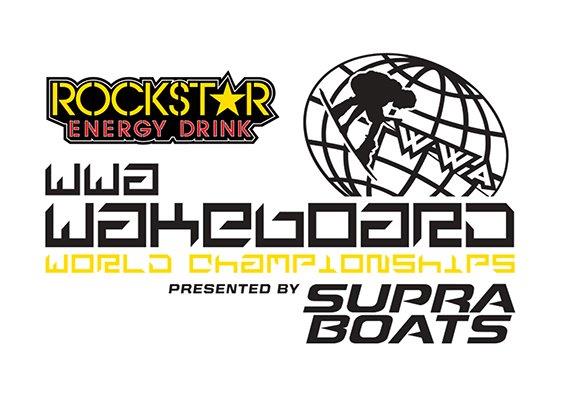 Ft. Lauderdale, Fla. (Sept. 13, 2014) —The Rockstar WWA Wakeboard World Championships, presented by Supra Boats closed out day three of the competition at Mills Pond Park with three divisions of finals (Adaptive Sitboarding, Master’s Finals and Men’s I Finals) and four pro divisions (Pro Wakeskate, Jr. Pro Men’s, Pro Women’s and Pro Men’s) battling it out for advancement and a spot on the podium.

Riders threw down remarkable runs on the waters behind the grand wakes of Supra Boats’ SE550, powered by the Indmar ROUSH charged Raptor 575 engine, keeping the judges, fans and media on the brink of their seats.

Master’s crowned Aaron Lecklider as champion, followed by Felipe Miyamoto and Kevco Michael in second and third places respectively.  In the Men’s I division, Robbie Culp took first place with the kgb, backroll to backside 360.  Following in second and third would be Morgan Pederson and Chad Payton.

Women’s Professional riding was taken to another level with perfect temperatures and glass-like water heading into the afternoon.    Three heats of the top riders in the world went head-to-head and rode their hearts out to advance in the finals.  Raimi Merritt, Dallas Friday, Amber Wing, Supra rider Bec Gange, Meagan Ethell and Tarah Mikacich will challenge each other one more time for the top spot in women’s wakeboarding.

The action continues tomorrow as the best rippers of wakeboarding and wakeskating will be hailed champions. In addition to the big day’s finals, fans can stay for the one-of-a-kind CONTOUR Big Air Contest on Sunday.  An off-site awards ceremony will be hosted tonight at 6:30 p.m., at the Ft. Lauderdale Marriott Harbor Beach Resort & Spa for all divisions that have completed finals thus far.

The WWA Worlds also serves as part of the Wakeboard World Series and the King of Wake series.

Rockstar Energy Drink is designed for those who lead active lifestyles – from Athletes to Rockstars. Available in over 20 flavors at convenience and grocery outlets in over 30 countries, Rockstar supports the Rockstar lifestyle across the globe through Action Sports, Motor Sports, and Live Music.
For more information visit: www.RockstarEnergy.com
Find us at: www.Facebook.com/Rockstar ~ www.Twitter.com/RockstarEnergy~ www.Instagram.com/RockstarEnergy ~ www.YouTube.com/Rockstar

At Supra Boats our team’s success lasts long enough for high fives and a social media shout out, then it’s back to the digital drawing board. The Supra Boats line embodies this passionate drive for continuous improvement. We are not concerned with being better than the next wake boat manufacturer. Our goal is to go beyond better by creating wake boats like the world champions’ choice SA550 that elevates your expectations of the advantages you, your family and friends can gain from a Supra on the water. From wakes, ride and handling performance to power to interior refinements to the team that puts it all together to exterior design to extremely useful features and options, Supra boats are elevating expectations beyond better at the 2014 WWA Wakeboard World Championships.

The King of Wake is the world’s elite pro wakeboarding series, attracting the sport’s top athletes from throughout the globe. Over the course of a season, athletes compete for the ultimate wakeboarding crown in a series points race of eight events throughout the United States to see who rules the wake. The King of Wake is organized by World Sports & Marketing – the leading wake-events producer since 1988.