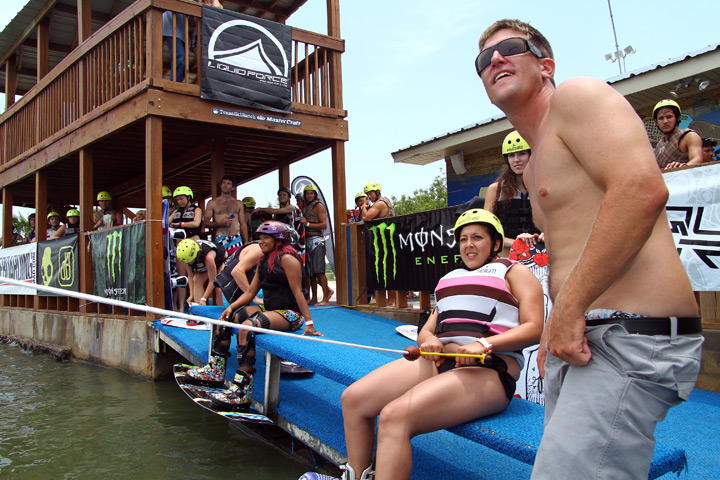 The event was success as 80 percent of the riders who showed up had never been to the cable park before.

Ben Greenwood and Collin Harrington both flew in from Florida to hang and ride at Texas Ski Ranch, one of the best cable parks in the world. Hometown heroes Tom Fooshee and Aaron Reed joined them for a day of autograph signing, riding and giving tips to the attendees.

Liquid Force brought out a nice selection of their new rail and Grind Base wakeboards for people to demo, which included the Liquid Force FLX, Liquid Force Watson Hybrid, and Liquid Force Witness Grind. They were all snatched up pretty quickly and used continuously throughout the entire day. It was hard to get them back as everyone loved how great these boards were performing on the rails.

Only two Free For All stops remain, so if you can make it out for an incredible day of free fun, don’t miss out: