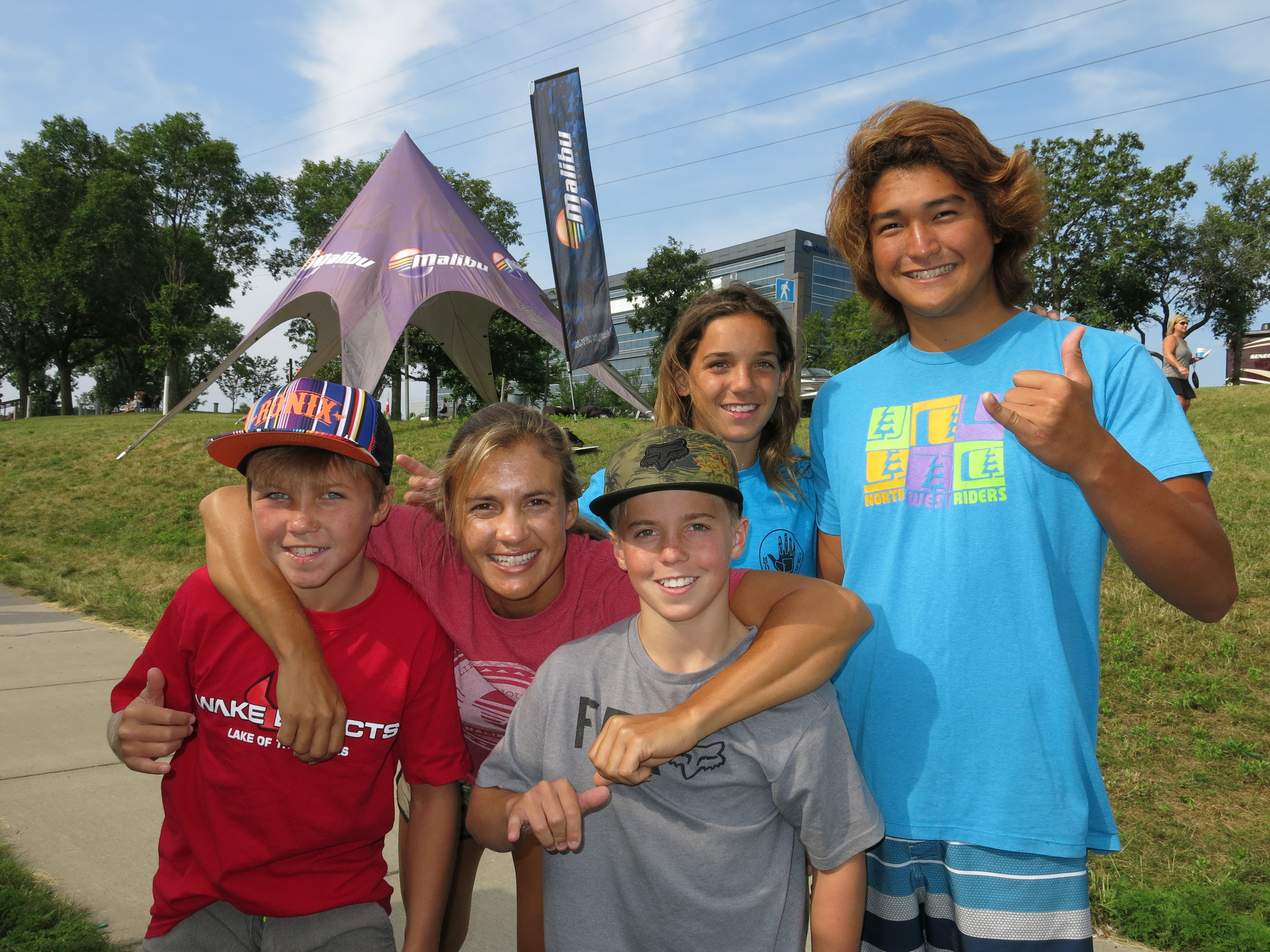 We had a full day on FreeRide Friday. Everyone was amped to get on the water and ride behind Malibu’s Wakesetter 23 LSV wake, not to mention the boats were loaded with some of the top Malibu team riders. Chad Sharpe, Jeff Langley, Tarah Mikacich, Oli Derome, and Raph Derome traveled to the East Region to give riders the full experience for the weekend. Riders are always pumped to get in the boat with their favorite pros and thrown down tricks to prepare for their contest runs. 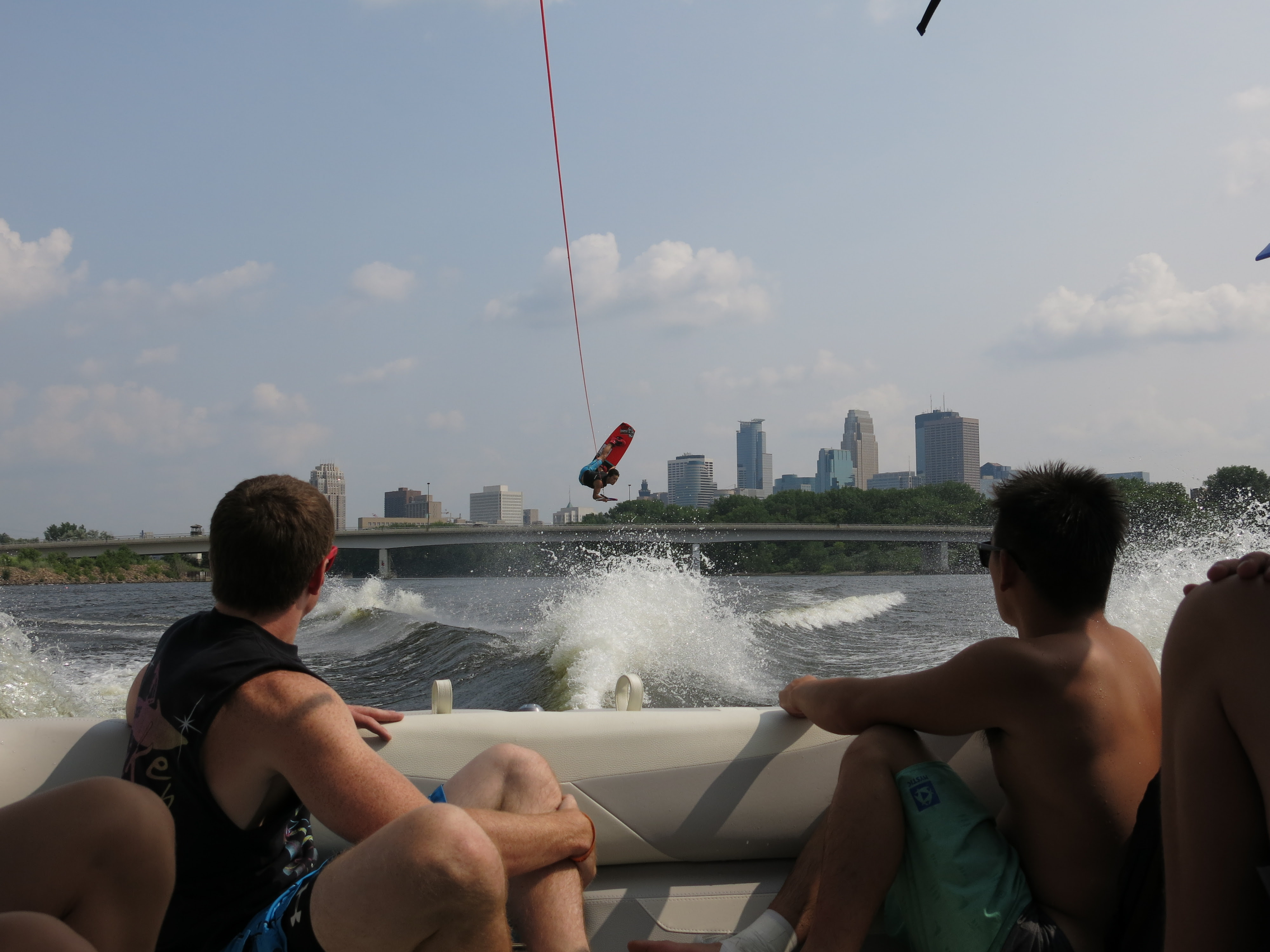 Over the weekend, riders had the opportunity to secure an invite for the WWA Wakeboard National Championships in August. In the Jr. Girls division, Kyla Hendricks of Wisconsin pulled together a run of diverse grabs, awarding her with a 1st place trophy. Laird Stidham of Indiana who showed a wide mix of stylish grabs and 180’s took 1st place in the Boys Beginner division with Karson Prowse of Michigan and Afton Bank of Minnesota rounding out the podium. We saw the region’s best Boy’s Division riders show up for a chance to claim the win. With Thomas Herman of Indiana in 1st, Jaden Reichl of Oklahoma in 2nd, and Kenny Prowse of Michigan in 3rd, the Boys Division put on a great show for the crowd. Coming back from an injury, Jesse Deemer of Minnesota showed his skills in the Adaptive Standing Division, sticking several inverts and taking home the 1st place trophy. In the Women’s Division that was a combination of Jr. Women and amateur Women riders, Shannon Sahinbas of Minnesota threw down a backside 360 in her stylish run, showing the judges she was here for the win. Coleen Okolski of Minnesota who competed in her first WWA event ever, placed 2nd, while Abigail Prowse of Michigan took the 3rd place hardware. The Jr. Men’s Division was stacked with local talent. The scores were close in a tough heat, with Mike Conrady of Wisconsin taking the win, Ethan Rau of Wisconsin coming in 2nd, and Grant Duininck of Minnesota coming in 3rd. The athletic Kyla Hendricks who won the Jr. Girls division, took home the trophy in the Women’s Wakeskate division as well. Shane Blanton of Wisconsin took the win in the Men’s Wakesurf division. With close scores in the Men’s II division, John Tietz of Minnesota earned the top position with a standup run while Kevin Hutts of Wisconsin and Thomas Pazerunas of Illinois rounded out the podium. 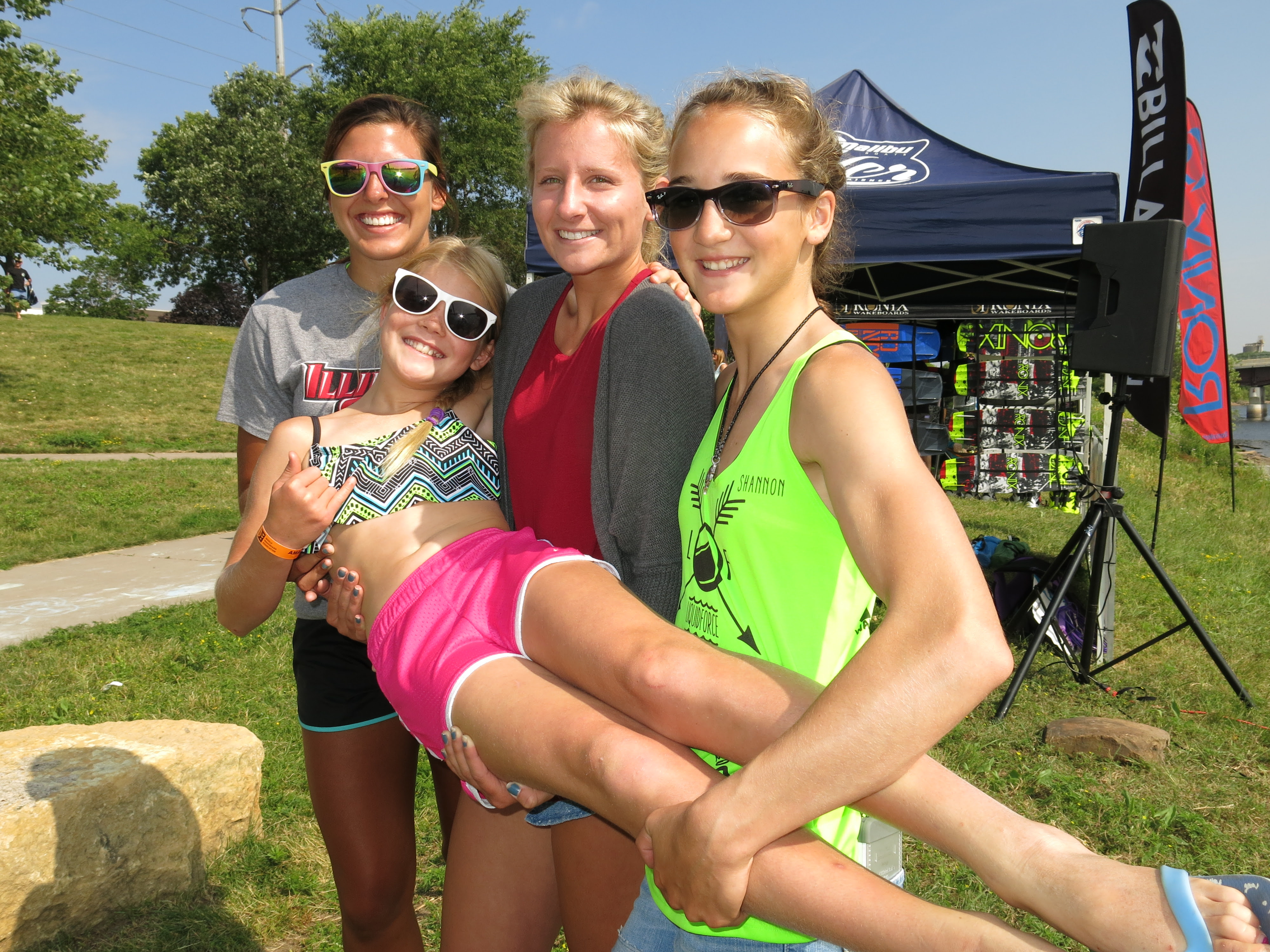 Three riders were awarded with a Pro Card on Saturday. Toshiki Yasui of Japan, dominated the water with a stand-up run full of technical and stylish tricks. Local, Colin Ryan and Joel Schrader of Georgia also earned Pro Cards, throwing down tricks deserving of the title.

Once again the Jr. Pro Men’s division was the show of the weekend. They continue to push each other and their riding ability to the next level, which made the final stop of the series a memorable one. The water conditions were not perfect, but that didn’t stop the six-man final from throwing some of their most technical tricks. Coming out on top was Nic Rapa of Australia, who had a stand up run with a heel side nose grab 720 and a toeside nosegrab 900 back to back. His style and consistency has shown throughout the entire series. Mac Schramm of USA, showed his effortless style right out of the gates with a Toeside backside 180 into an indy roll to blind, giving Rapa tough competition and landing himself the 2nd place spot. Rounding out the 3rd spot on the podium was Lewy Watt of Australia. 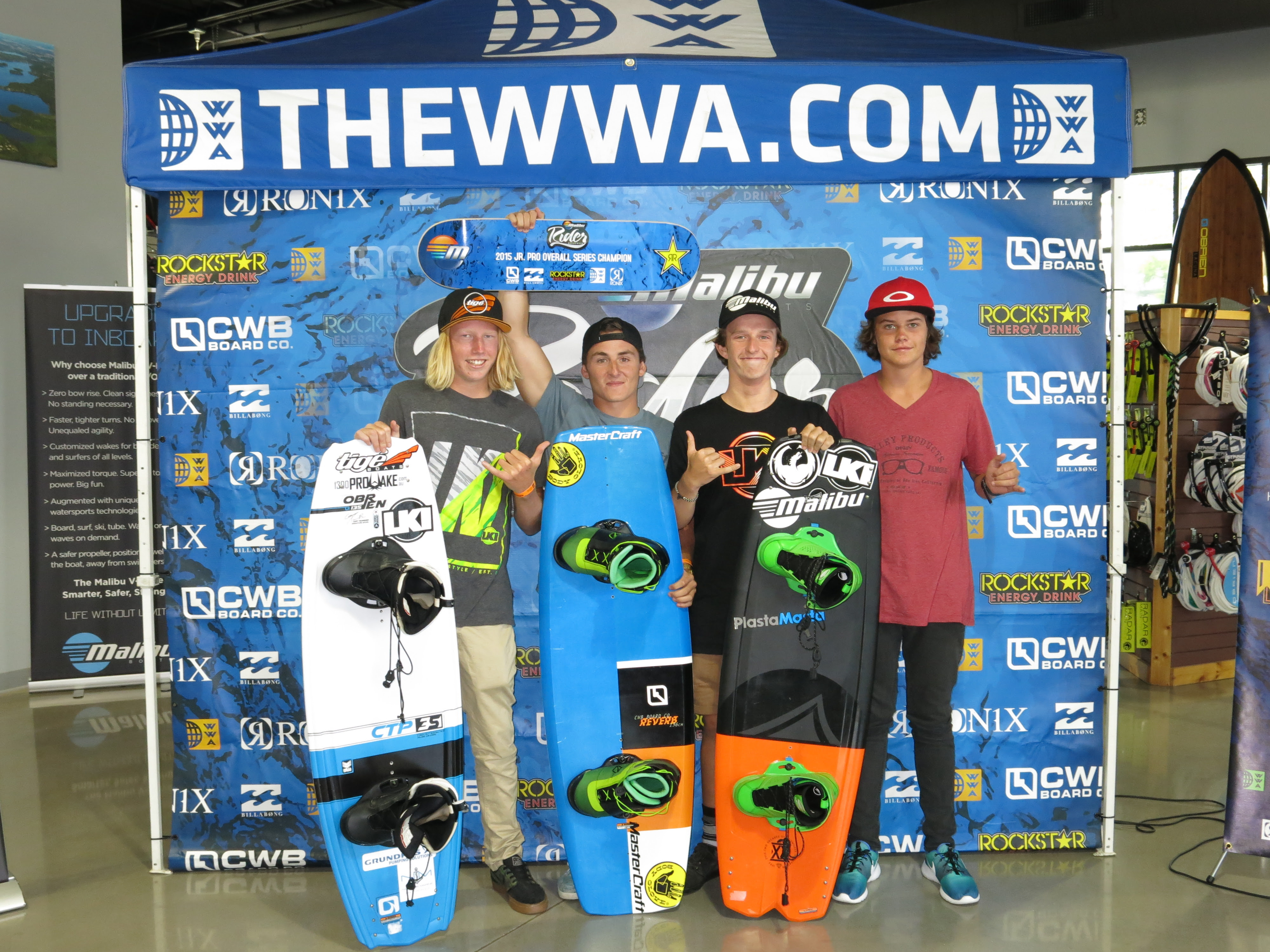 The weekend served as the final stop of the WWA Malibu Jr. Pro Men Regional Championships Overall Series.  Going into the weekend there was only a 5-point difference for the lead, between Nic Rapa and Cobe France. With $10,000 in prize money and an additional $5,000 in travel scholarships awarded to the top 5 overall, the series proved to be the most legitimate Jr. Pro Men’s Series yet. Winning three of the four events, Nic Rapa claimed the well-deserved title. Ranking 2nd on the series is Cobe France of Australia, Lewy Watt of Australia in 3rd, Nicholas Brown of Kentucky in 4th, and Yun Sangyun of South Korea in 5th. The WWA and Malibu Boats would like to thank the Jr. Pro Men for their continued support in the series and for pushing the competition at each event. 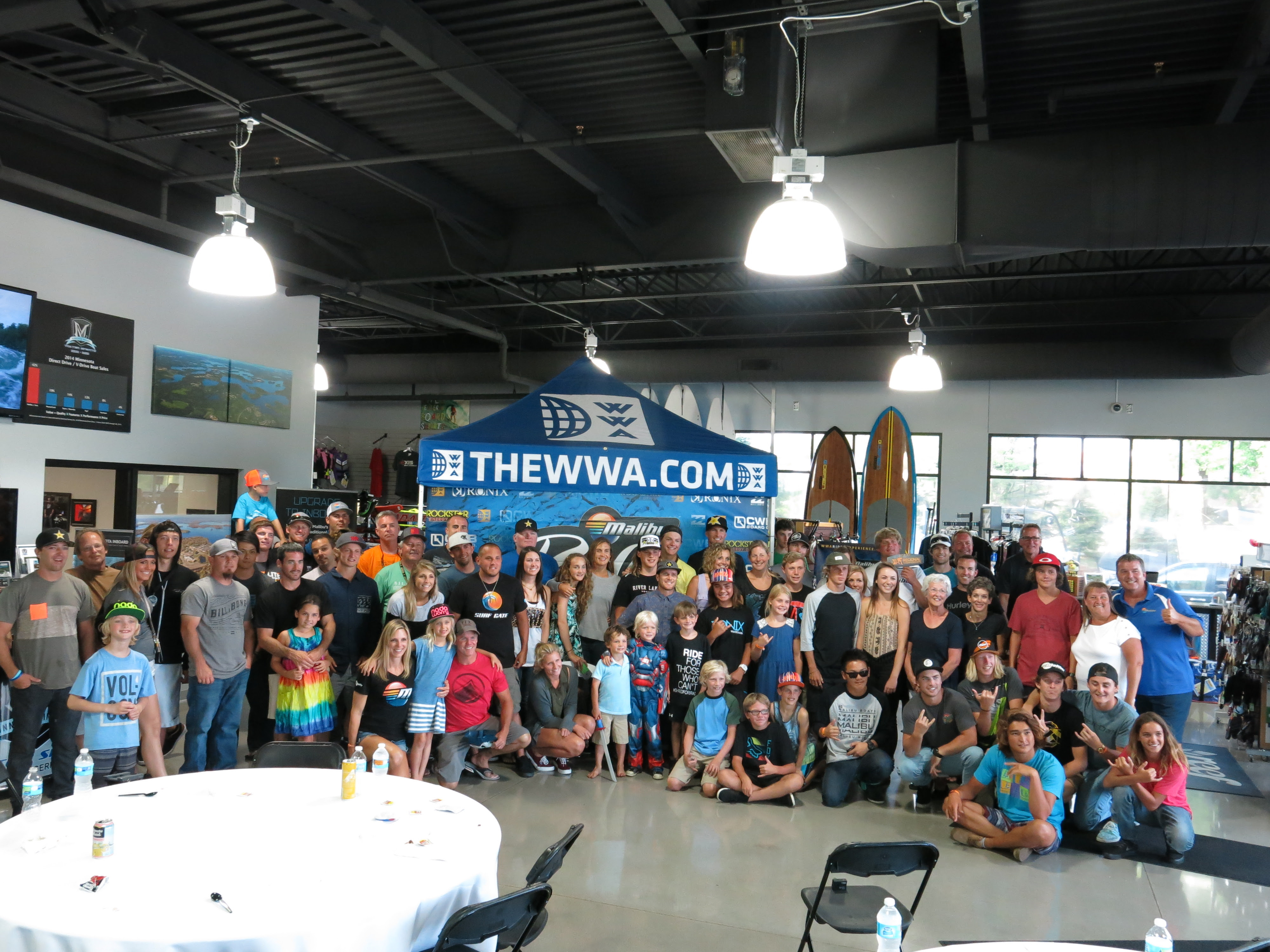 The weekend wouldn’t be complete without SurfGate Sunday on the Mississippi River. Riders of all ages were pumped to get behind the Malibu 23 LSV to see the SurfGate in action and hang out with the Malibu pro riders for the day. Ronix provided all styles of surfboards free to demo. It’s safe to say, the East Regional Championships were a success and FreeRide Friday as well as SurfGate Sunday were the cherry on top of a fantastic event. For the next and final stop of the WWA Malibu Rider Experience, we travel to Quebec, Canada.

For more info go to TheWWA.com