Nautique Pro Am Winners Begin to Shine on Friday

Nautique Pro Am Winners Begin to Shine on Friday
Lake Alfred, Fla. (June 13, 2015) – The next generation of riders shined on the water on Friday as the Nautique Pro Am presented by Rockstar Energy Drink moved into the final rounds for the amateur divisions while the pros saw action for the first time during the event. The third stop of the Nautique Wake Series provided some great entertainment on the world’s best wake produced by both the Super Air Nautique G23 and G21. Ten Pro Am titles were awarded including Connor Pogetto in the Adaptive Sitboarding division scoring a 90.00 on his Finals run.  Jamie Lopina put together a strong combination of 540s and inverts to claim the Jr. Women Division. 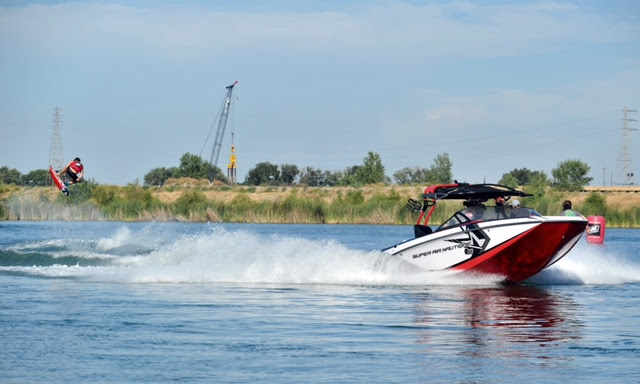 “The Pro Am is a great event and I am stoked to get the win,” said Lopina. “We have had great conditions this week and the event has been on point. I knew if I could put in a good run, I could take the finals and everything worked out great.”

In the Girls (10-14) division Hollie Wladrop battled with Mary Howell for the top spot in the Semi Finals with Hollie taking first in the heat with a run that included a heelside 360, frontroll, backroll and backside 180. In the Boys (10-14) Kevin Duffy and Tanner Higham won their respective heats. Duffy’s run included a backside 540, Moby Dick and Tantrum to blind, while Higham showed a lot of diversity combining flips in spins for his run. 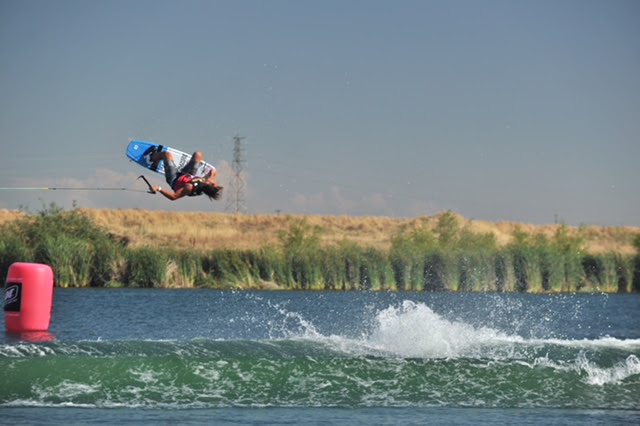 In the Jr. Pro Semi Finals it was Nic Rappa besting everyone with a Switch toeside 900 nose grab. Rappa takes the top seed into Saturday’s finals where he will face off with Jake Pelot, Cobe France, Gunner Daft, Jason Soven and Elliot Digney. 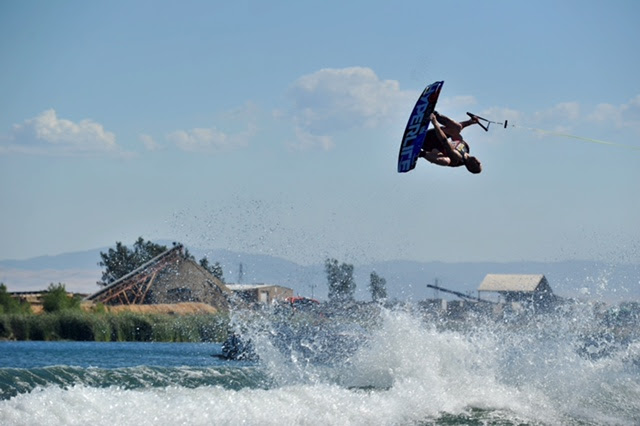 With many amateur divisions completed, 31 Pro Men battled to move on to Saturday’s semifinal round while 14 Pro Women looked to grab a spot in the Finals.
In the Pro Women’s Semis, Team Nautique’s Megan Ethel put in a stand up run to claim the top seed in the Finals. In Pro Wakeskate, Rockstar Energy athlete Reed Hansen won his heat with a switch front big. In the Pro Men’s Quarterfinals, Rockstar’s Rusty Malinoski went huge on his run to earn the top score in the division just beating out Shota Tezuka who combined two 900s and a crow mobe 540 on his stand up run. Dean Smith, who is returning from injury, posted the third best run of the day with his signature style to win his heat.

The third and final day of the Nautique Pro Am will wrap up the third leg of the Nautique Wake Series with winners being crowned in all of the Pro classes as well as the remaining Amateur Divisions.

Veterans (40 and over) Final

About Nautique Boat Company
Celebrating 90 years of excellence in the marine industry, Nautique Boat Company, Inc. has been on the waters of the world with a passion for progression since day one. Nautique is known to push the envelope of possibility on the water, and our family of owners have come to expect nothing but the absolute best. Time and time again we’ve proven that our boats are built to push boundaries. Each time a new Nautique is released it sets a series of events in motion that continue to have a profound impact on watersports. The Ski Nautique 200 has changed waterskiing with 17 world records, the G-Series has unlocked new possibilities in wakeboarding and wakesurfing, and our Sport Series has given families endless days on the water without compromise. Countless awards, mind-blowing moments, and seeing what the world will do next with our creations is what keeps us dedicated to staying on the cutting edge. Through our Nautique Cares initiatives we’re dedicated to not only making a difference on the water, but to people in need around the world. The world’s best ski boat, world’s best wake boat, and a company that cares.

About Rockstar
Rockstar Energy Drink is designed for those who lead active lifestyles – from Athletes to Rockstars. Available in over 25 flavors at convenience and grocery outlets in over 30 countries, Rockstar supports the Rockstar lifestyle across the globe through Action Sports, Motor Sports, and Live Music. For more information visit: www.RockstarEnergy.com

Nautique Pro Am Winners Begin to Shine on Friday