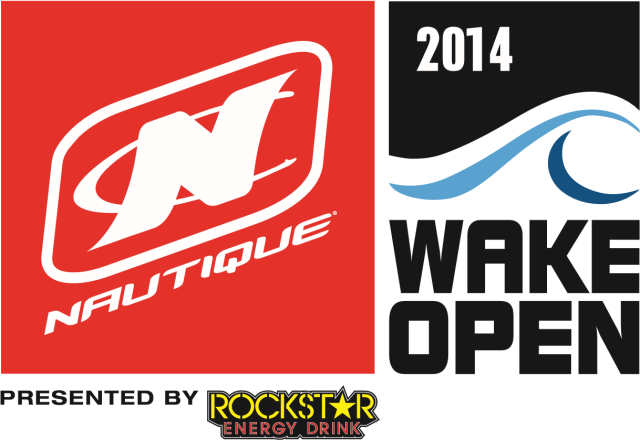 The Jr. Pro Men’s finals of the Nautique Wake Open hit the water early this morning behind the Super Air Nautique G23. Six of the top 18-year-old and under riders took full advantage of pristine conditions and power from the PCM Marine Engine to step it up. Using the Jr. Pro division as a developmental league of wakeboarding, these riders know how to ride. Tons of mobe 5 variations, big spins and unique airs were common amongst the young rippers.

Newcomer, James Loisel (USA) set the bar high with a massive toeside backside 540 and KGB 540; however, fell just short of the podium when the ‘guppy’ Jason Soven (USA) came knocking at the door. While Soven and Loisel were busy battling it out for the third place spot, Parker Siegele (AUS) and Cory Teunissen (AUS) where in a league of their own, each having toeside frontside 900s, heelside frontside 720s and mobe 5s that would even get the pros shaking in their boots. When the results came over, it was

Teunissen whom edged out Siegele for the victory.  Siegele took the title of the Nautique Wake Series – Jr. Pro Men’s overall, followed by Gunner Daft (USA) and Mac Schramm (USA).

In the Pro WakeSkate finals, a points race for the Nautique Wake Series overall title was closer than any other division. Brian Grubb (USA) had 290 points and Reed Hansen (USA) with 280 points right behind him coming into the event. With tons of overall prize money on the line, Grubb and Hansen let it all hang out, absolutely gunning for the win. With a few uncanny falls from the points leaders and unreal tricks from long-time wakeskate legend, Danny Hampson (USA), the podium would reign: Danny Hampson – first, Brian Grubb – second, and Reed Hansen – third. Grubb would hang onto the top spot of the Nautique Wake Series overall title, with Hansen and Hampson in second and third respectfully.

Pro Women’s finals featured Nautique team rider, Meagan Ethell, back at the top of her game. The 2014 Nautique WWA Wakeboard National Champion, Melissa Marquardt and 2013 WWA Wakeboard World Champion, Dallas Friday, put some heat on Ethell; however, she was comprised and almost flawless, leaving the podium as Megan Ethell – 1st, Melissa Marquardt – 2nd, and Dallas Friday – 3rd. Ethell would also win the overall title from the Nautique Wake Series with Amber Wing (AUS) in second and Friday in third.

Six of the gnarliest and heavy hitting riders in the event were summoned to put their bodies on the line during the CONTOUR Big Air Kicker contest. The boat, traveling around 28 MPH, would tow riders over the kicker while they cut n’ jump. Heelside Backside 720 from Dean Smith (AUS) Tail Backside 360 from Aaron Rathy (CDN) and 100’ Indy Glide from Chad Sharpe (CDN) put first, second and third as Smith, Sharpe and Rathy.

“I got some magazine quality shots today during the CONTOUR Air Kicker contest,” said Aaron Katen, event chief photographer. “Chad launched one so big that I had a hard time keeping him in the frame.”

Hearts were pumping and fans were on their feet for the Pro Men’s Final, as the heat would consist of Harley Clifford (AUS), Rusty Malinoski (CDN), Tony Carroll (USA), Shota Tezuka (JPN), Noah Flegel (USA) and Phil Soven (USA). Each rider went for broke trying to take home the coveted number one spot. After the first round of riding, Clifford would have his eye on the podium already with Malinoski and Tezuka looking to take him down. In the end, Clifford’s initial pass would prove to be unbeatable, leaving him in the number one spot. Clifford would also win the Nautique Wake Series, with Malinoski in second and Phil Soven in third overall.

The Orlando Watersports Complex finished its weekend off with intense heat, phenomenal riding and hearts pounding.  The Nautique Wake Open serves as the final stop on the Nautique Wake Series, a four-event professional and amateur wakeboard and wakeskate series, and the seventh stop on the King of Wake series.

Celebrating 89 years of excellence in the marine industry, Nautique Boats is known for delivering the highest quality product, innovative technology and exceptional customer service experiences. To get more information on the company or see the complete line of Nautique boats, visit www.nautique.com.

Rockstar Energy Drink is designed for those who lead active lifestyles – from Athletes to Rockstars. Available in over 20 flavors at convenience and grocery outlets in over 30 countries, Rockstar supports the Rockstar lifestyle across the globe through Action Sports, Motor Sports, and Live Music. For more information visit: www.RockstarEnergy.com

The King of Wake is the world’s elite pro wakeboarding series, attracting the sport’s top athletes from throughout the globe. Over the course of a season, athletes compete for the ultimate wakeboarding crown in a series points race of eight events throughout the United States to see who rules the wake. The King of Wake is organized by World Sports & Marketing – the leading wake-events producer since 1988.