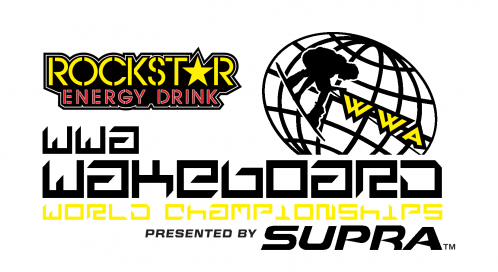 Riders from all corners of the globe competed behind the killer wakes of the Supra Boats SE550 and SA450, throwing down massive tricks to give judges a run for their money while scoring. Team Supra riders cleaned house, topping the podium in three of the four professional divisions.

A fan favorite, the CONTOUR big air kicker contest will also be on display during the televised episode. The mesmerizing specialty event features some of the best Pro Men’s riders who put their bodies on the line and launch themselves from a ramp into the air and perform massive rotating aerials that are rarely accomplished in a traditional contest setting. The boat travels around 28 mph.

At the end of the fete, the King and Queen of Wake were finally crowned after the eight-stop series was complete. Athletes gain points over the accumulation of the eight stops, and points are given based on final placement in the competition.

The Rockstar WWA Wakeboard World Championships, presented by Supra Boats serves as the final stop the elite King of Wake series. NBC Sports Network gives viewers unprecedented access to all of the action on the water, with in-depth profiles of all the best riders!

For more information on the 2014 King of Wake Series, visit: www.KingofWake.com.

About Rockstar
Rockstar Energy Drink is designed for those who lead active lifestyles – from Athletes to Rockstars. Available in over 20 flavors at convenience and grocery outlets in over 30 countries, Rockstar supports the Rockstar lifestyle across the globe through Action Sports, Motor Sports, and Live Music.
For more information visit: www.RockstarEnergy.com
Find us at: www.Facebook.com/Rockstar ~ www.Twitter.com/RockstarEnergy~ www.Instagram.com/RockstarEnergy ~ www.YouTube.com/Rockstar

About Supra Boats
At Supra Boats our team’s success lasts long enough for high fives and a social media shout out, then it’s back to the digital drawing board. The Supra Boats line embodies this passionate drive for continuous improvement. We are not concerned with being better than the next wake boat manufacturer. Our goal is to go beyond better by creating wake boats like the world champions’ choice SA550 that elevates your expectations of the advantages you, your family and friends can gain from a Supra on the water. From wakes, ride and handling performance to power to interior refinements to the team that puts it all together to exterior design to extremely useful features and options, Supra boats are elevating expectations beyond better at the 2014 WWA Wakeboard World Championships.