Atlanta, Georgia (May 16, 2016) – The Georgia Wake Series kicked off its inaugural season on Saturday, May 14th, in front of a packed shoreline in Rome, complete with great conditions, sunny skies and over 60 riders.  After a solid round of practice late Friday afternoon, riders and spectators lined the edge of the private lake early Saturday and were greeted with good music, plenty of activities, in addition to theWaterSports Central Surf Shack, a Connelly SUP to play on, and lots of Liquid Forcegear to check out. Wake guru / Terminus Wake Park rep Scott Schaad held down the mic and kept the stoke meter high throughout the 10 rounds of competition. In the Men’s Beginner class, Jayden Asper took home a CWB wakeskate by winning the crash of the day. Clipping the top of the wake on a toeside 180, Jayden dug the nose of his board for an immediate lake inspection and fish exploration. Undeterred, Jayden got back on the water, sticking the rest of his run to take home a solid 2nd place in his division. As great as Jayden rode, it was 11-year-old Cason Dennard who threw down the best run of the dirty dozen beginners, finding himself standing atop the podium at the end of the day. It’s still early, but we may have a championship battle in the making between these two.

All day long the Atlanta Marine Supra SE 550 and WaterSports Central MasterCraft X-Star pulled rider after rider, with each class getting progressively more advanced, the wakes getting bigger, and the tricks more technical. 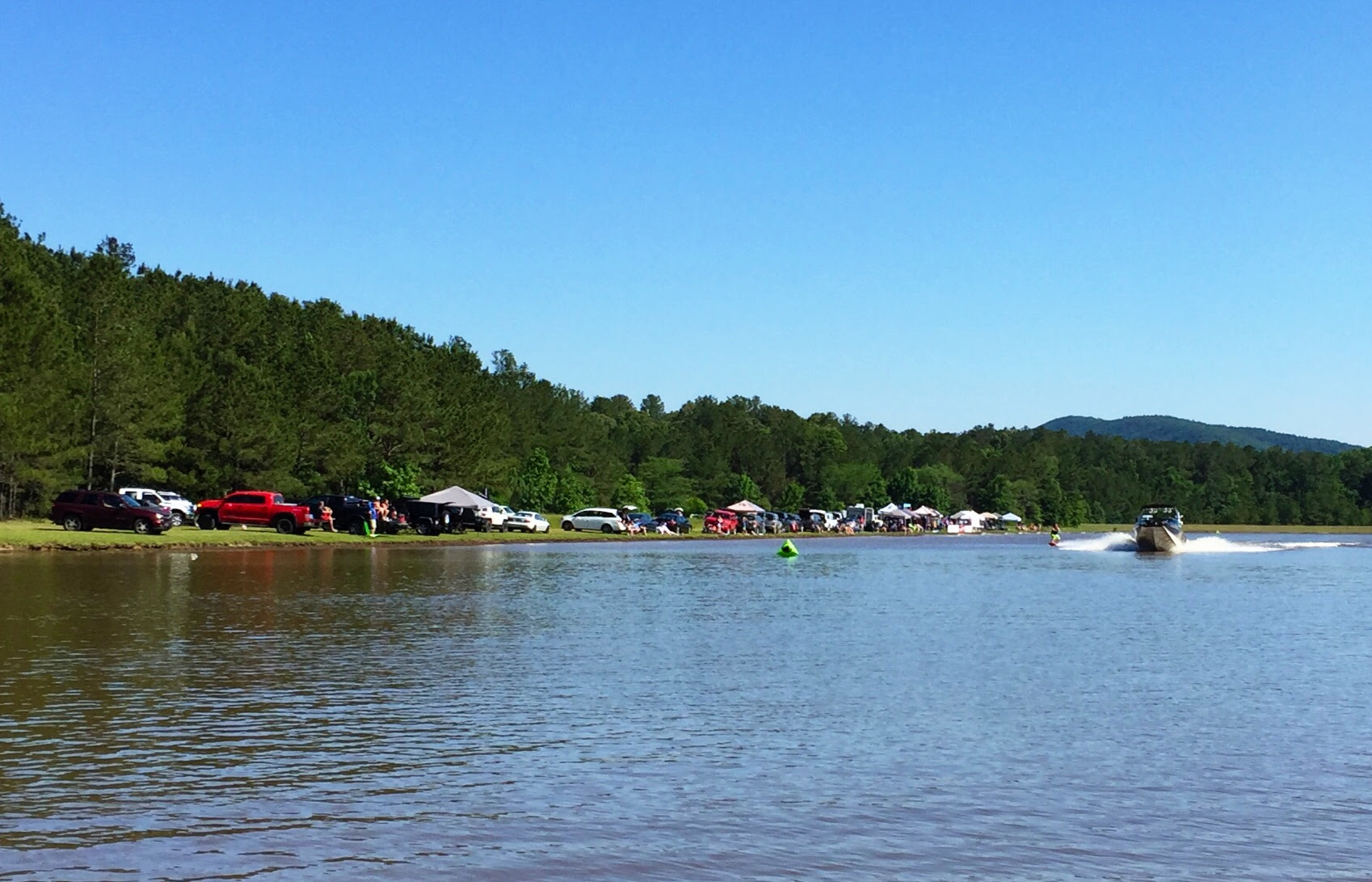 Last off the dock were the 9 riders of the Open class, who all put on a show for everyone on shore. Alabama native Colby Bernier set the bar early by linking together a Moby Dick and Pete Rose at the end of his run, holding down the 2ndspot on the podium.  Vinny Knapp stood up his run, sticking a Dum-Dum and Nose Grab Front Flip to lock up 3rd. But it was not enough to catch Georgia Wakeboard Lessons’ own Brett Lee, whose back to back Toeside 720 and Heelside Backside 540 along with several other solid tricks took home the top spot, a $100 Gift Card toAmbush Board Co., a Day Pass to Terminus Wake Park, and $250 in cash. 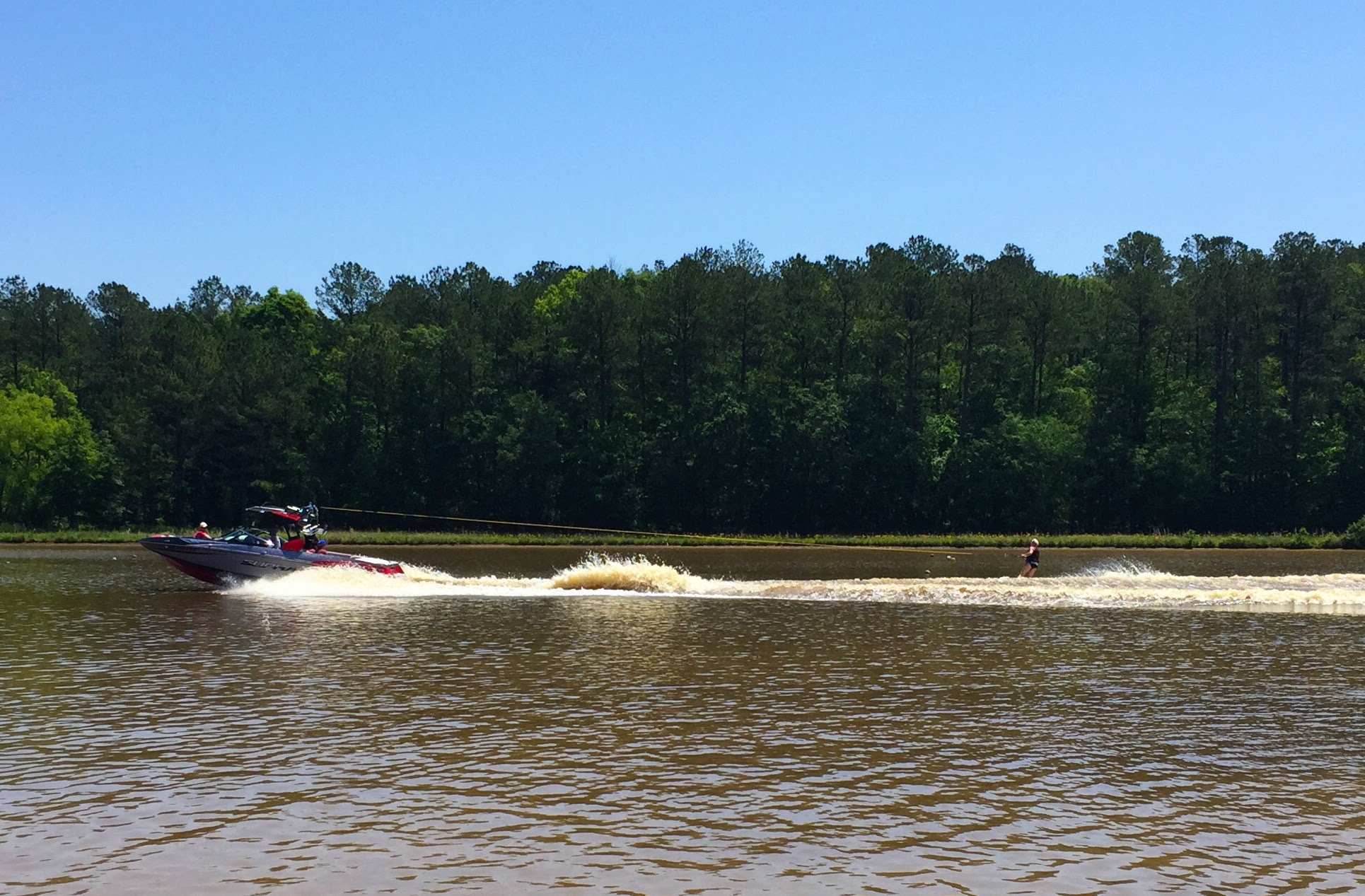 Following the day’s riding, the podium winners were announced and prizes were handed out, including specialty trophies commemorating the Rome Clock Tower with Gold, Silver and Bronze. Georgia Wake Series director, Brandon Lee said, “I’m excited with the turnout for our first stop.  With riders from 7 states coming in, this was an excellent way to open the 2016 Series.  The riding was great, the vibe was even better and I’m thankful for all of the support we had from our riders, sponsors and volunteers.”

With Stop One now complete, the Series points chase is taking shape. But with five more rounds of competition, there is only one thing for certain – plenty of time remains. Results from each division can be found below and full results / points standings will be uploaded to www.gawakeseries.com/.
.