This is the Coming Up article from the June issue of Alliance. 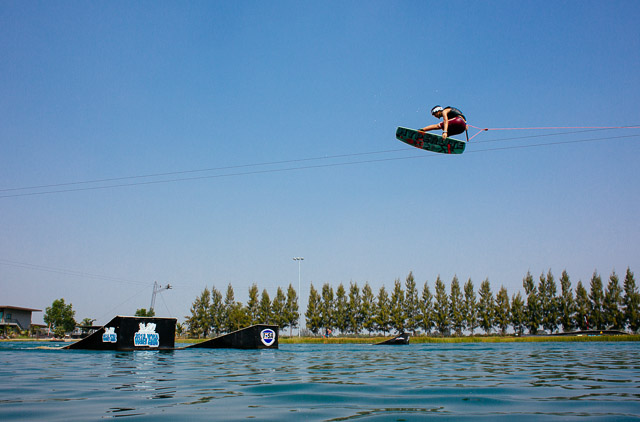 Alliance: How were you first introduced to wakeboarding?

San Im:At first, I wasn’t actually fit for this sport. Because I was always so thin, I wasn’t strong enough to do all the tricks. So I was waterskiing for the first year and then started wakeboarding during the second year… of course I found that it was super fun! Unfortunately, my parents didn’t really support me with wakeboarding. I think there are lots of young kids that pick up a sport and let go really easily so they can try something different. But I decided to stick with wakeboarding and told my parents (about four years ago) that I want to move to Thailand to wakeboard all year. Once they saw this commitment, they began supporting me with all the trips, riding, etc. That was the start of my true progression with the sport.

A: You were born in Korea but have since made the move to Thailand. What prompted the move? Did you do it mainly for riding?

SI: The first reason was for wakeboarding. I couldn’t wakeboard the whole year in Korea because there are four seasons. This makes the wakeboarding season quite short. But I also wanted to finish all my education years, so I also planned to study and learn Thai as well. Even though I am now attending University in Thailand, wakeboarding is still a big part of the reason why I made the move.

A: Do you plan to ride more events in the States this year?

SI:I don’t know where I’ll compete/ride the most this year. I do love to travel so I’d definitely like to move around a bit this season!

A: What keeps you busy when you’re not riding?

SI: Studying mostly and a few other hobbies – mainly drumming.

A: When did you officially start riding for Hyperlite? How’s that going?

SI: I got on the Hyperlite team in January of 2013. It has always been good because of the love and support they give to me. Big thanks always in my mind.

A: Who is your favorite boat/cable rider to watch?

SI: I like to watch Nick Davies because I really like his style and he’s always having fun. I also like to watch clips of myself… that’s the best way for me to learn and progress.

A: Do you ride much boat?

A: In terms of your riding, do you have any specific goals for the next couple years?

SI: I’m still searching for my first contest win. I’d also like to film a lot and put out a really good web video.

A: Where is your favorite place to ride?

A: How do you hope to impact the sport as you continue to progress/grow as an athlete?

SI: There are loads of tricks that are possible but that haven’t been done. I’m trying to create technical new tricks while still focusing on style.

SI: Always huge thanks and blessings to my sponsors: Hyperlite, Rixen, AllisPossible, Republic, and Mystic. Also, thanks to my family and my parents for all their support. Lastly, thanks to Alliance for this opportunity and for always providing good news about wakeboarding throughout the world.