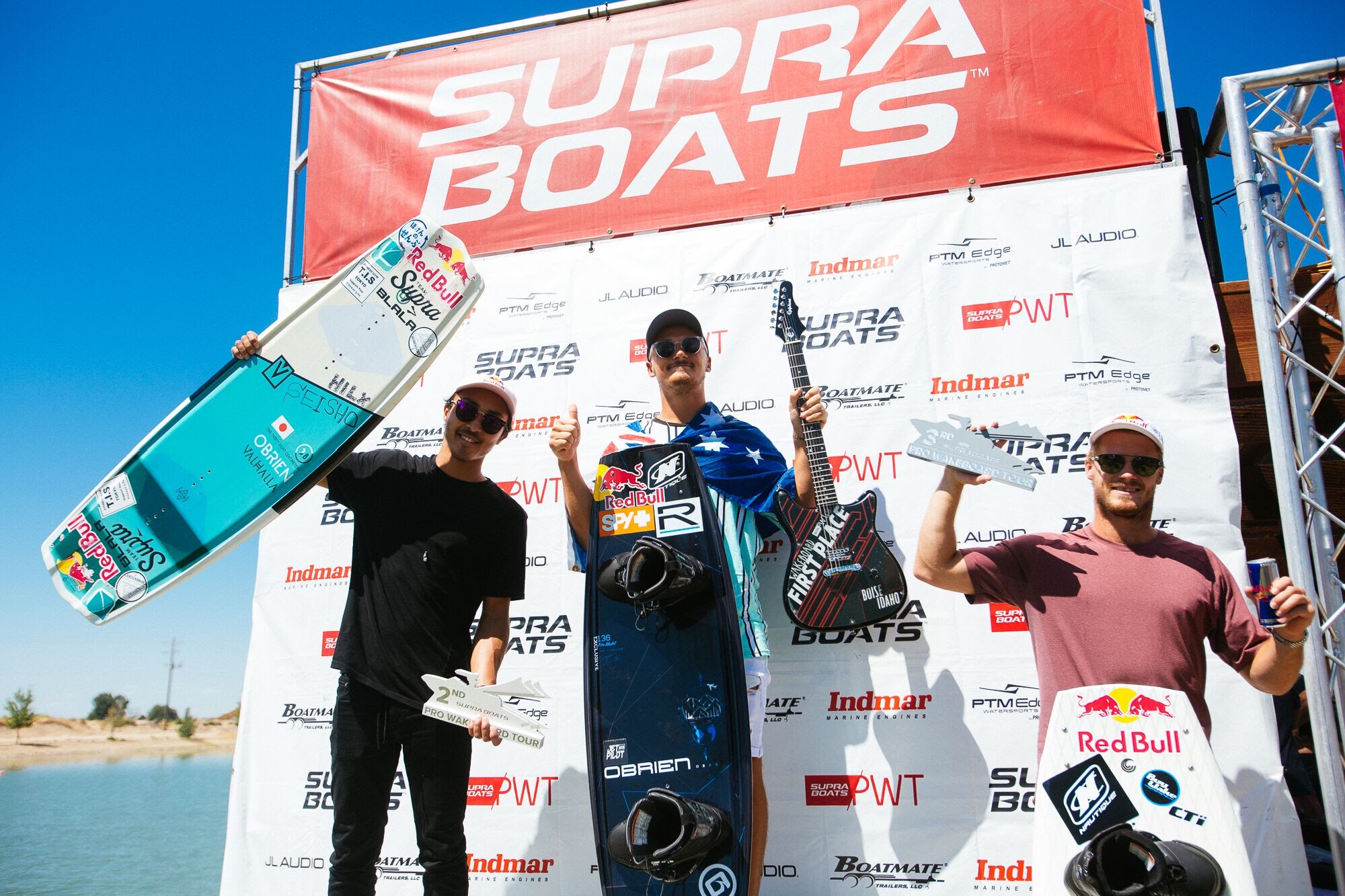 CALDWELL, Idaho (August 3, 2019) — Cory Teunissen and Noah Flegel were each victorious in the fourth and final round of the 2019 Supra Boats Pro Wakeboard Tour season at Broadside Harbor Lakes in Caldwell, Idaho, on Saturday, August 3, while Team Supra riders Nic Rapa and Sean Silveria clinched championships.

Teunissen earned the highest score of the day in the Wakeboard Final Round (96.00) on his way to claiming the victory over Team Supra rider Shota Tezuka (93.33) and Mike Dowdy (92.50). Teunissen had a clean sweep of the event, winning the second Quarter Finals Heat and the First Semi-Final. For the Australian, it was his second victory of the season to go along with a win in Mantua, Utah.

In Wakesurf, Flegel picked up his first PWT win of the season, taking the final round over Team Supra riders Parker Payne and Sean Silveira. Flegel edged Payne (67.5-66.1) to claim the victory. Flegel opened the day with a third-place showing in the Semi-Final round to earn a spot in the finals.

Team Supra rider Nic Rapa used a fifth-place finish in the Final Round to wrap up his first Wakeboard title. The Australian was victorious twice in 2019 en route to claiming the championship over Teunissen, with Tony Iaconni, finishing third in the final standings.

Silveira, who had won the previous three rounds of competition this season in Wakesurf, wrapped up his second consecutive title with a berth in the final round. The native of Orlando, concluded the season by finishing on the podium in all four events. Fellow Team Supra Rider Parker Payne finished second in the standings, with Flegel using his win to secure the third spot in the final tally.

Team Supra rider Sam Brown was named the 2019 PWT Rookie of the Year. The Australian finished ninth or better in all four events this season. In the final Wakeboard standings, Brown finished eighth in his first full season on the Pro Tour. 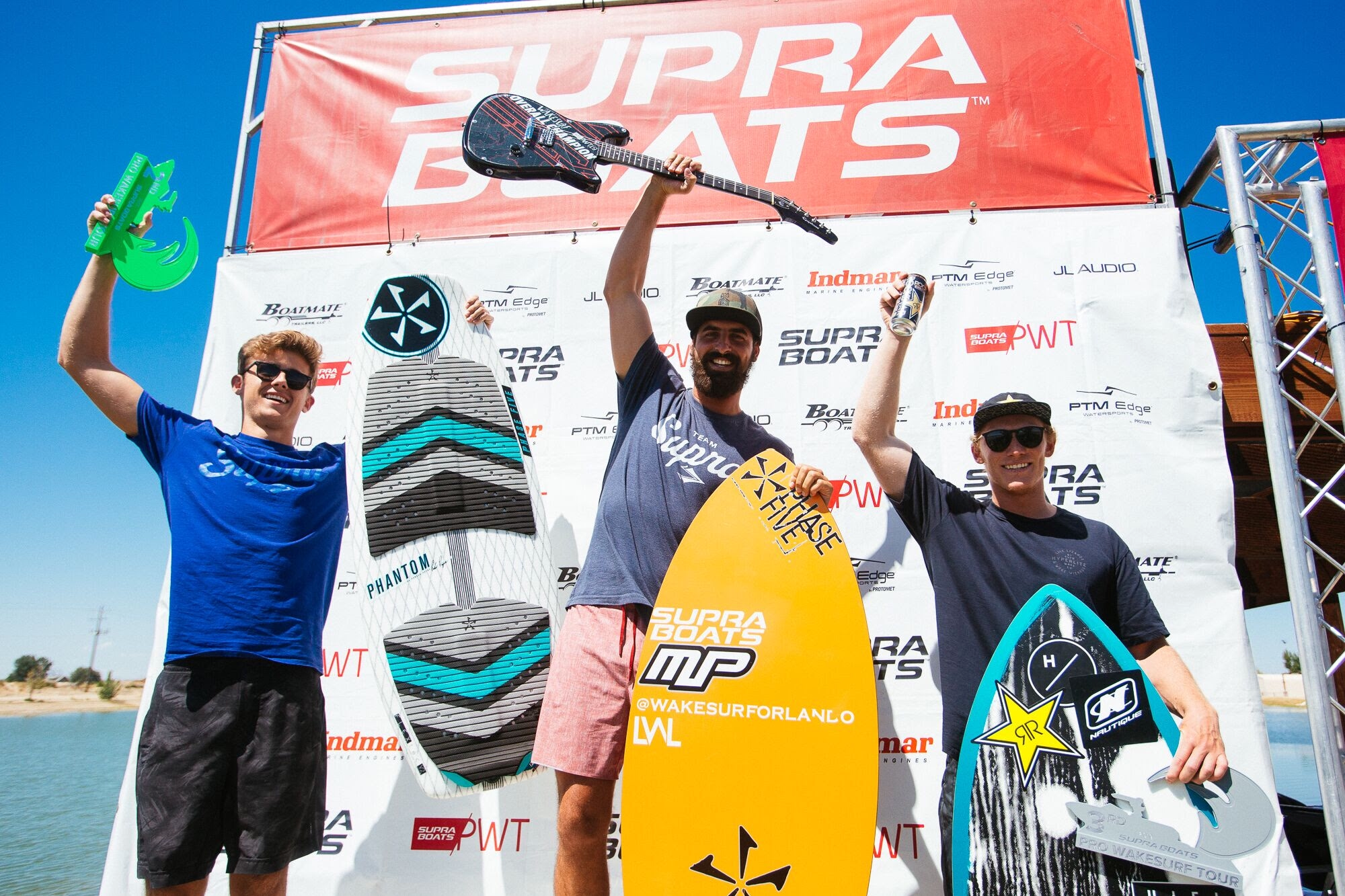 Highlights of the Day: 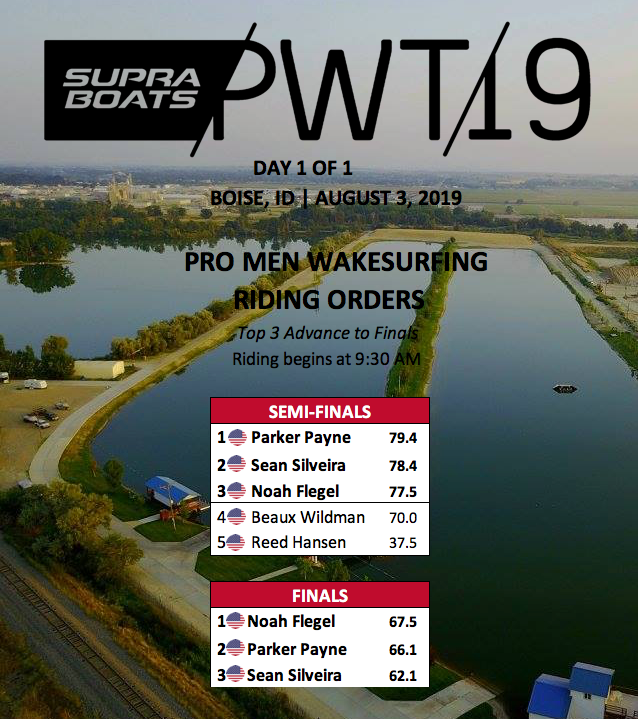 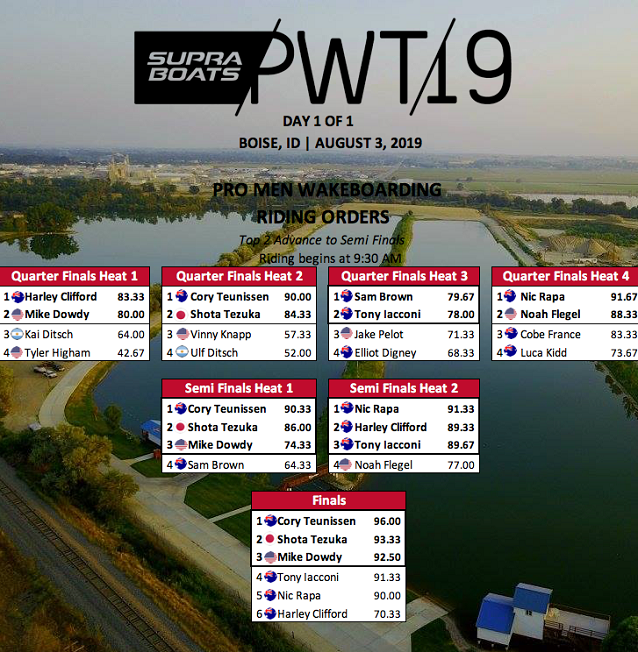