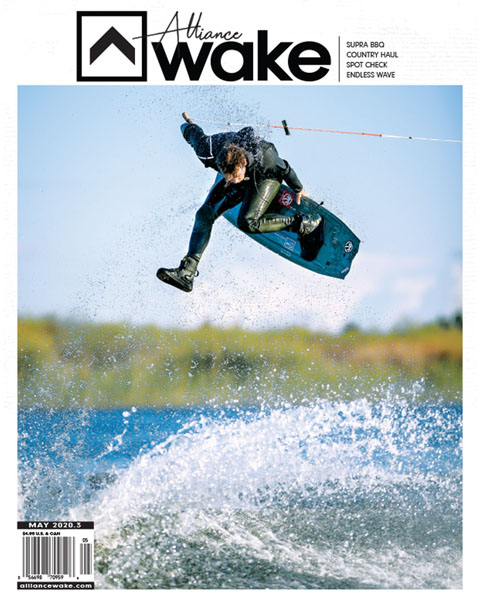 Michael Belligan might not be a household name, but growing up and riding on the Delta in California has given him more style than most. It also helps that his typical riding crew consists of Trever Maur and Josh Twelker. He had a break out web video earlier this year with Follow and as soon as we laid our eyes on it, we just knew we had to get some images of him. So we got him and Rod on the phone and the next thing we knew, they had made some magic. So magic, it landed Mike on the cover of Alliance Wake. Keep riding outside the box, Bellz! We’re here for it! 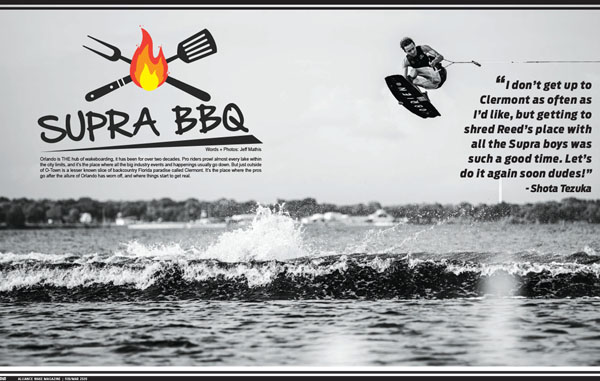 In the sleepy town of Clermont, many pro riders have broken off from the typical daily grind of Orlando to embrace a more humble and low-key residence. Surrounded by plenty of water and home to the now famous “Clermont Surf Club”, Clermont has become a hot spot over the years. The water may be brown (thanks to all the cypress trees), but the stoke is always high whenever you’re cruising the Clermont canals. The stoke gets even higher when you pile the Supra team into Reed Hansen’s place for a day of riding and all-around shenanigans. Riding, rope swings, and the occasional boxing match made for a pretty epic time. 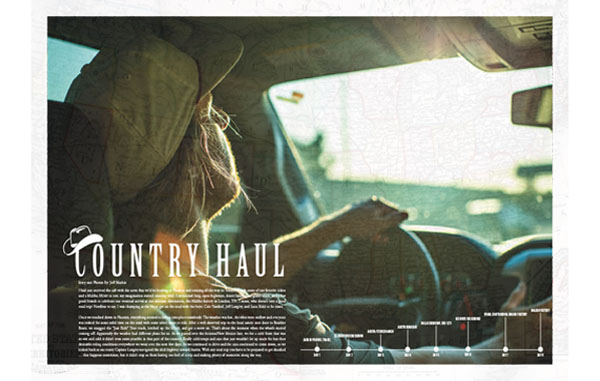 Out on the road, that’s where we like to call home. That’s true for Jeff Langley, at least since he’s been spending his past few summers driving the Malibu “Just Ride” Tour rig all over the US. This time was a bit different though. Rather than popping from event to event, it was time to do more shredding than driving. Throw Luca Kidd into the mix and you’ve got the makings for a good ol’ fashioned road trip. Cruise through the Southwest U.S. on the way to Tennessee as Langley and Luca tow the Malibu M240 down any road that can handle it. And with Jeff at the wheel, no road is safe … 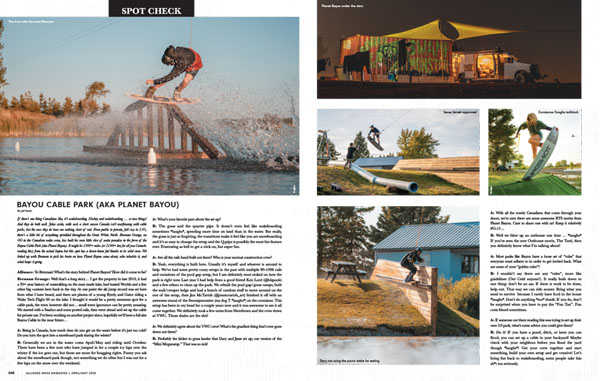 If there’s one thing Canadians know how to do, it’s have a good time. That’s exactly the kind of vibe you get at Planet Bayou in Amaranth, Ontario. Owned and operated by Brennan Grange, Planet Bayou is one of those 2.0 parks where really anything can go down. Gnarly tricks, super fun setups, and parties that can rage all through the night – have a look inside one of Canada’s hidden gems, and the riders who inhabit it. 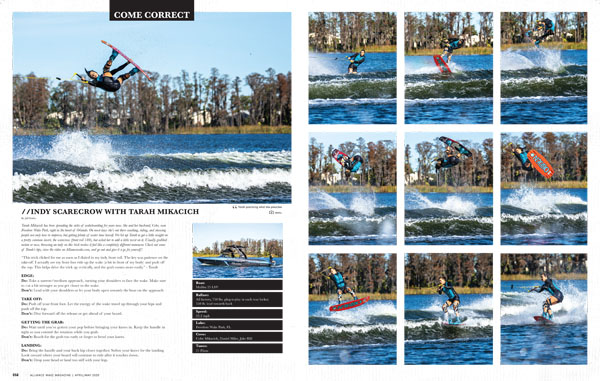 Tarah Mikacich has been one of the top female riders for years and with her training grounds of Freedom Wake Park right in the heart of Orlando, she’s been passing on her wake knowledge to the next generation while still getting plenty of water time herself. We caught up with her and tricked her husband, Cobe, into driving so she could break down one of her favorite tricks for us: the indy scarecrow. This trick can get a little out of hand (pun intended) when you grab with your back hand so let Tarah walk you through it so you can stick it next time you’re on the water. 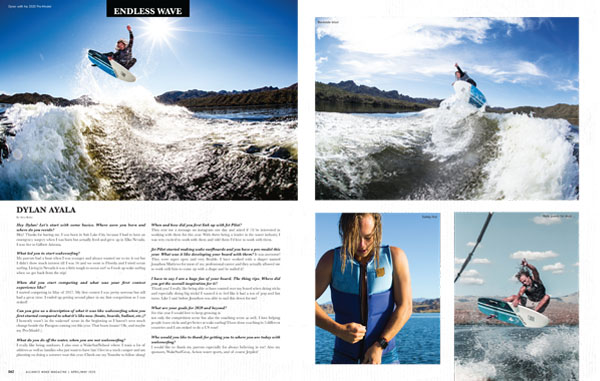 Born in Salt Lake City, Utah but raised in Nevada, Dylan Ayala is one you need to keep your eyes on. Style for days. Residing in Arizona, Dylan gets his fair share of time on the water. While running a wakesurf school, he trains when he can to compete in every event he can. With a 2020 Pro Model board from Jet Pilot, Dylan is off to a good year.

Check out the full issue HERE