Palma: winner of the first Global Rider Search and the Best Dreads in Wake

Back in 2004 a then unknown rider named Josh Palma entered the Ambush/Buywake.com Global Rider Search Contest. To say that winning changed his life would be a bit of an understatement. As the winner Palma was hooked up with a handful of sponsorships, including a full sponsorship from Ambush/Buywake.com. Soon enough Josh was making waves in the industry with his smooth, technical, and consistent riding. These days he is known around the world for his competitive abilities, laid-back attitude, coaching at The Boarding School, and just being an all around wake shredder. Here is some of what Josh had to say about winning the first GRS and what it did for him and his career.

“Winning it was really pretty shocking. I’d shot that video with my roommate during my sophomore year of college. A week before the submission deadline my roommate broke his femur and up until that point we only had a little bit of footage, but I asked him if he wanted to throw something together because he liked editing and was obviously laid up at the time. It was super last minute and sort of on the whim, so I wasn’t expecting much, but when I got a call from Chuck Morrow (owner of Ambush/Buywake.com) one afternoon I was completely shocked.

Winning that first GRS hooked me up with a handful of brands and really got me connected in the industry. It was a really revolutionary contest. Chuck and the whole contest really opened a ton of doors for me, but he also made it clear that it was only a one year thing. He said if I worked hard and stuck with it, it could lead to more opportunities in the industry — and obviously it did. At the time the contest was really crucial for me because I wasn’t a 14-year-old kid who had a ton of time to develop, grow and build connections in the industry. I was in college and knew the window of opportunity wouldn’t be open much longer.

Really, it’s probably the most important thing that’s ever happened for me in my career, because it really is what started my career in the professional sense. To be propelled into the industry by something like this was exactly what I needed in order to make wakeboarding my career. It also gave me the confidence that I could make wakeboarding professionally a reality — before I won I just thought it might be cool to finish school and maybe enter a couple contests, but I never thought I’d be able to do what winning the contest allowed me to do.”

Now, as a well-respected pro and the original GRS winner, Palma is looking forward to being on the panel of judges who will select the next Global Rider Search winner. This year Ambush/Buywake.com and Alliance have teamed up with Liquid Force to bring back the revolutionary contest and help change the life of one rider. All you have to do is submit a video of your riding to the designated site. One video to potentially change your life and help you become the next professional wakeboarder or wakeskater. For more info on the contest and how to submit your video, go to http://www.buywake.com/grsv2/ Submissions close August 1, so get on it! 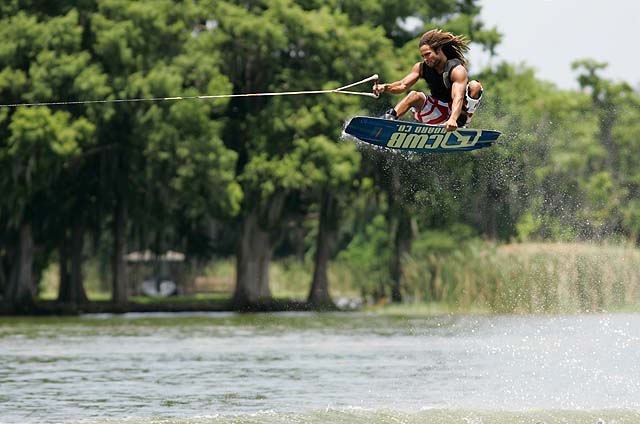