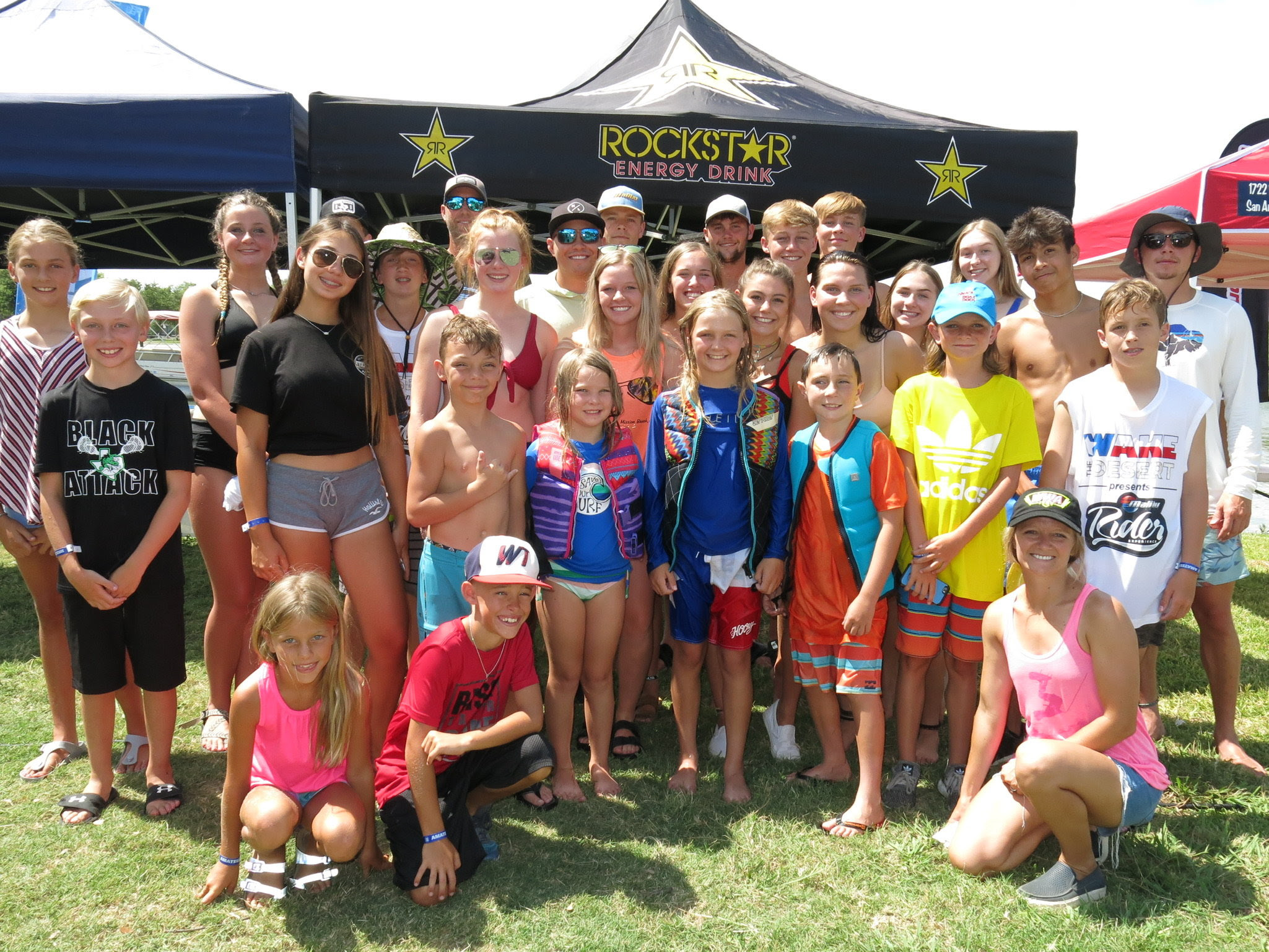 San Angelo, TX (July 15, 2019) – The Malibu WWA Rider Experience Central joined forces with Texas’ infamous Wake the Desert event bringing together the top amateurs and professional riders to celebrate Wake the Desert’s 20th Anniversary. Hosted by the crew at Family Powersports, riders felt like rockstars behind the Malibu 25LSV and M235 all weekend long. Focused on rider development, the event began with Freeride Friday, giving competitors, family and friends the opportunity to hang out and learn from their favorite Malibu Pro athletes. Alongside Freeride Friday, Wake the Desert’s amateur wakesurf divisions hit the water laying down competition firsts and setting the pace for the rest of the weekend. Saturday’s WWA Regional Championships Central included all WWA amateur and Jr. Pro divisions along with Wake the Desert Outlaw semifinal rounds. The weekend wrapped up with Surf Gate Sunday where riders were able to experience the endless wave of Malibu’s world-class line of boats and take inspiration from today’s stars with the Wake the Desert Outlaw and Pro Wakesurf and Wakeboard Finals.

“We had a blast in Texas this weekend! It was great watching the next up and comers in wake interact with the Malibu Pro athletes and take inspiration from all of the talented riders who came to compete at the Malibu Rider Experience Central and Wake the Desert. We are so privileged to work with such great partners like Malibu Boats and Family Powersports, and we look forward to seeing everyone for the final U.S. stop in Virginia next weekend,” commented WWA Executive Director, Corrie Wilson. 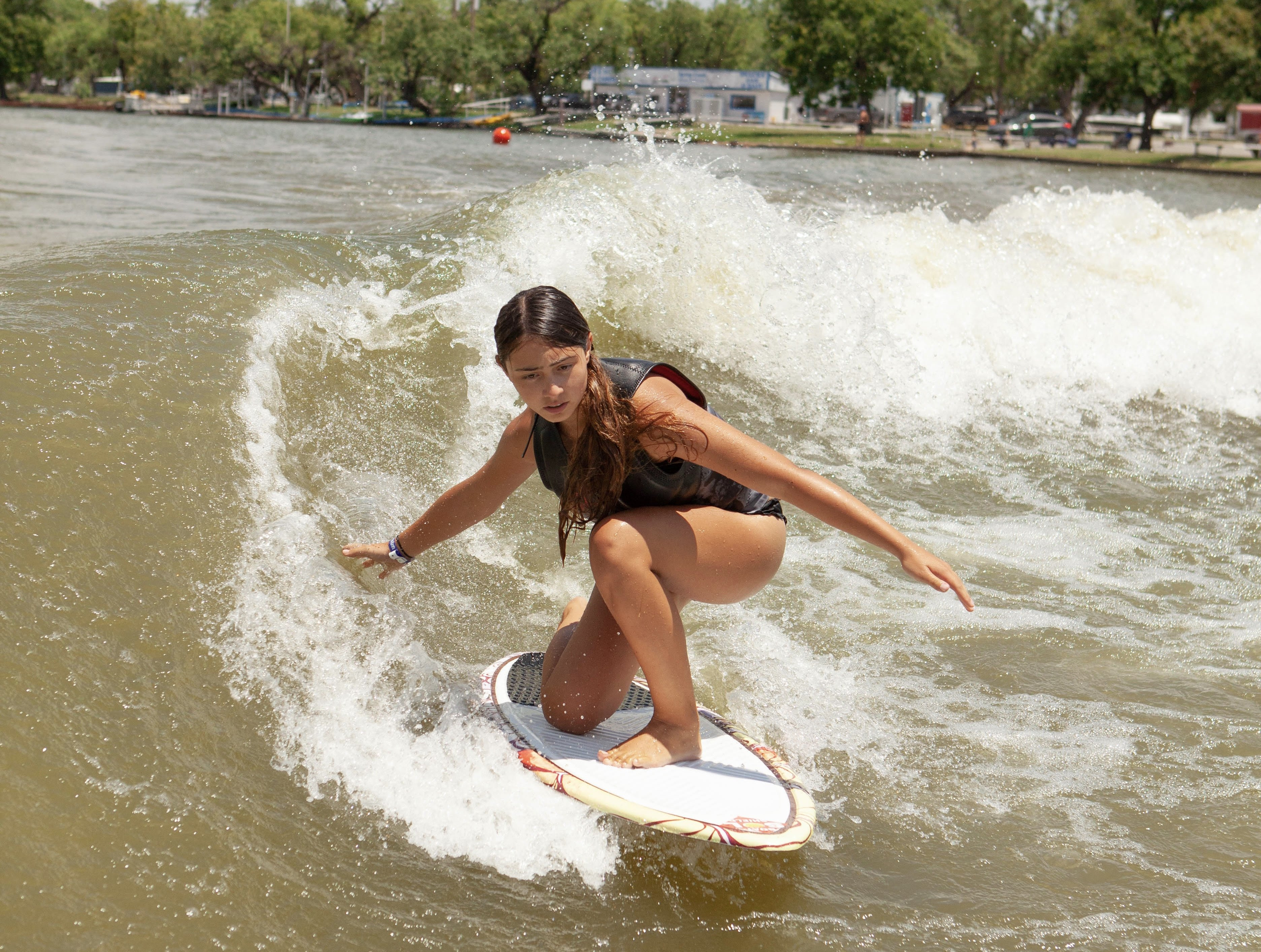 Friday set the pace for the amount of talent Lake Nasworthy would see throughout the weekend with Reese Hunt III (TX) bringing a unique longboard style to the wakesurf community throwing deep bottom turns and walking up and down the board for a final score of 76.67. The Junior Wakesurf division showcased nine tremendously talented rippers of which Stella Tracy (OK) came out on top with a super steady body varial for a score of 68.33 in the final round.

The smiles were contagious during Saturday’s WWA Regional Championships as riders threw down in front of their hometown crowd for a chance to represent the Central region at the upcoming WWA Wakeboard National Championships. In the Jr. Boy’s Beginner division, local Texan Kyle Bendele (TX) threw a huge H/S wake to wake indy grab to earn his first place finish and a score of 86.67. Alex Albin (CA) claimed the top spot in the Boys division throwing a tootsie roll for a first place score of 86.33. The Jr. Women’s division saw Ellie Patrick (TX) take the win with a H/S back roll and a melan grab for a score of 80.00. Ainsley Harper (TX) came in second throwing a fashion air for a score of 61.67, followed by Logan Vaughan (TX) in third scoring 55.00.

The Jr. Pro division brought some of the world’s best to Texas with Fynn Bullock-Womble (USA) taking home his first Jr Pro Series win. Laying down his unique style Fynn started off his run with a H/S B/S 720 followed by a cab 720 earning his first place finish and a score of 85.00. Thomas Herman (USA) landed a second place finish with a textbook KGB to score 76.00, followed by Bryce Grey (AUS) in third with a final score of 72.67.

Still grinning from a weekend of accomplishments, riders and families took to the water behind the Malibu 25LSV for the Surf Gate Sunday wakesurf experience before packing the shoreline for the Outlaw and Pro division finals of Wake the Desert. San Angelo local, Gentry Slayden (USA) came out on top in the Outlaw Women’s Wakesurf division with a winning score of 70.00. In the Pro Men’s Wakeurf division, Keenan Flegel (USA) took the win with a backside big spin and shuvs in every direction to complete his winning run for a score of 83.33, just ahead of his brother Noah Flegel (USA) who finished second with an 81.67.

Malibu Athlete Tarah Mikacich (USA) annihilated the wake of the Malibu M235 to take the win in the Outlaw Women’s Wakeboard division throwing a wrapped KGB to secure her final score of 65.00. Charli Shore (AUS) came in second throwing a tootsie roll for her final score of 56.67, followed by Dallas Friday (USA) in third.  Rockstar Energy athlete Tony Iacconi (AUS) made it out on top of an intense Outlaw Men’s Wakeboard final round sticking a front mobe 540 for a score of 90.00. Noah Flegel (USA) scored 81.67 in second putting down a super stylish melan back mobe, just ahead of Luca Kidd (GBR) in third with a score of 77.67.

The Malibu WWA Rider Experience heads north to Spotsylvania, Virginia July 19 – 21 for the next round of the world’s most popular rider development series and the final WWA Wakeboard National Championship qualifier. To find a Rider Experience event near you visit hhttps://www.thewwa.com/rider-experience-2019/. 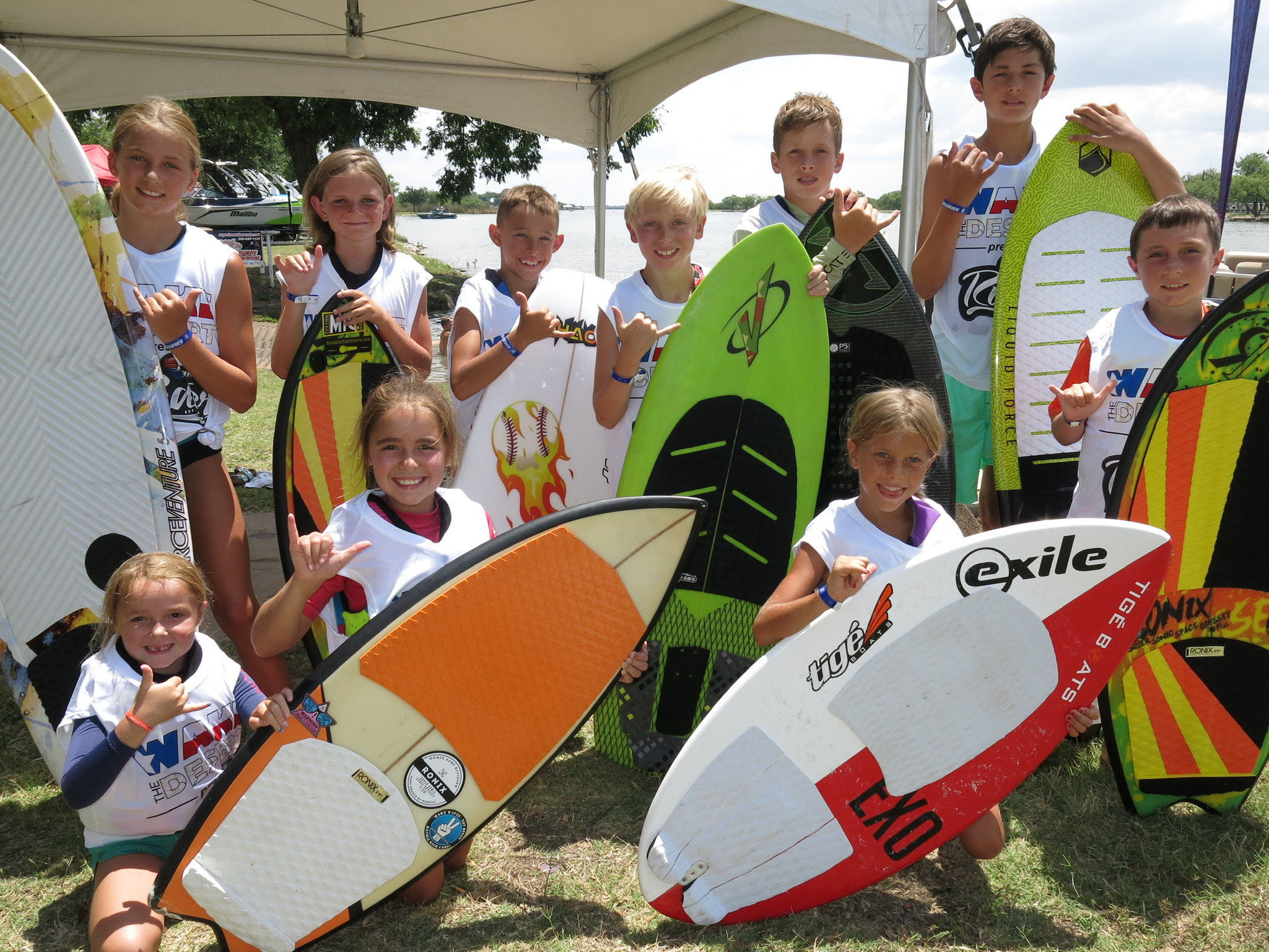 About Malibu Boats, Inc.: Based in Loudon, Tennessee, Malibu Boats, Inc. (MBUU) is a leading designer, manufacturer and marketer of a diverse range of recreational powerboats, including performance sport, sterndrive and outboard boats. Malibu Boats Inc. is the commanding market leader in the performance sport boat category through its Malibu and Axis Wake Research boat brands, the leader in the 20’ – 40’ segment of the sterndrive boat category through its Cobalt brand and in a leading position in the offshore fishing boat market with its Pursuit brand. A pre-eminent innovator in the powerboat industry, Malibu Boats, Inc. designs products that appeal to an expanding range of recreational boaters, fisherman and water sports enthusiasts whose passion for boating is a key component of their active lifestyles. For more information, visit www.malibuboats.com, www.axiswake.com, www.cobaltboats.com,or www.pursuitboats.com.