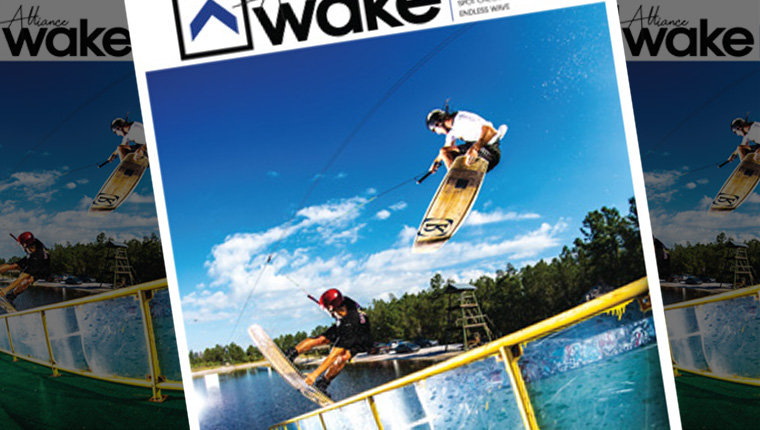 Sibling rivalry in wake didn’t die off with the cancellation of “Wake Brothers”. It’s very much still alive and well. Brandon and Josh Harris, aka “The Twins”, have been pushing each other from day one and have managed to progress much faster because of it. Going from unknown cable rats to legit shredders in only a few years, the sky is the limit for these two. This doubles shot is just the tip of the iceberg. (photo: Mathis) 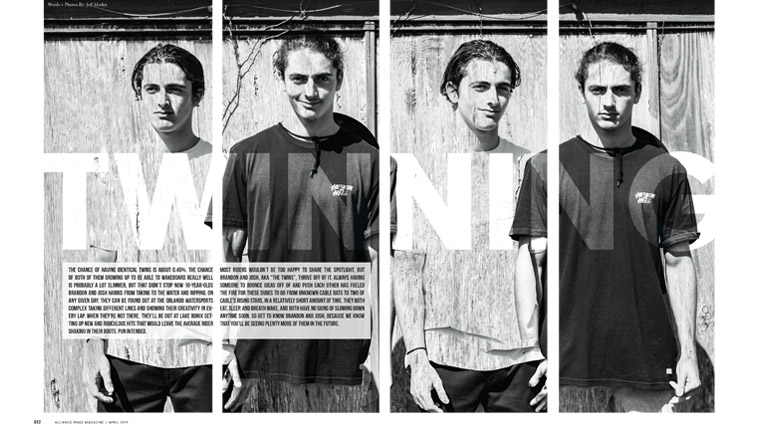 Brothers in wakeboarding isn’t anything new. You’ve got the Sovens, the Bonifays, the Peacocks, the Hansens and more, but being identical twin brothers that absolutely shred takes it to a whole different level. Brandon and Josh Harris have been in the scene now for a few years and although they’re not household names yet, they’ve been gaining a following with their fresh style and different approach to riding. They’ve been making a name for themselves by travelling to as many contests as they can while filming each other every step of the way. 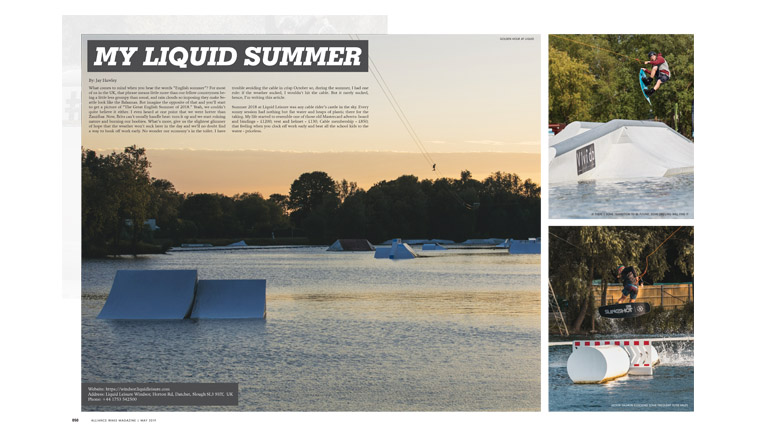 When you have the most UNIT features in the world crammed into one place, pro riders are going to flock to your park from far and wide. Liquid Leisure is Mecca for wake in the UK, and it’s no wonder the Plastic Playground stop there is one of the biggest cable events every year. Photographer Jay Hawley was lucky enough to spend his entire last season there and was never in short supply of riders to frame up. Riding and shooting all day every day doesn’t sound too bad, does it? 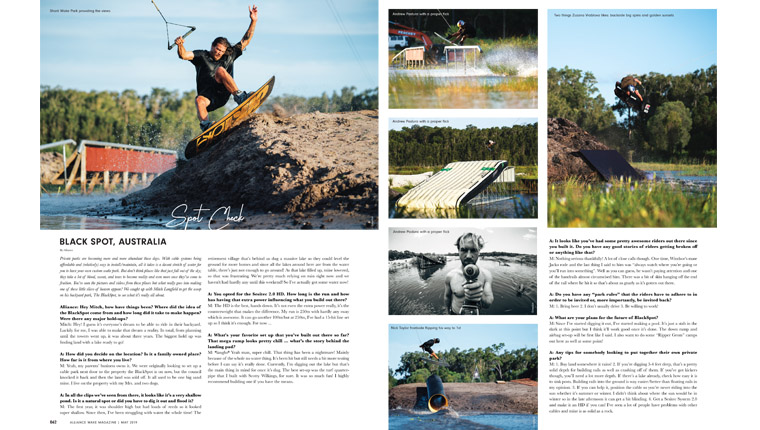 Mitch Langfield may be relatively quiet when it comes to social media but when he drops something, you can bet that it’s going to get people talking. When he started making plans for his own private cable, we knew it was going to be something special. Thanks to Mitch’s unique vision, his BlackSpot Compound is one of the raddest private parks out there. Handrails, dirt jumps, corrugated pipes, a mega-ramp and more make up the backbone of BlackSpot, and even though it’s been a couple years since it got up and running, Mitch is just getting started.