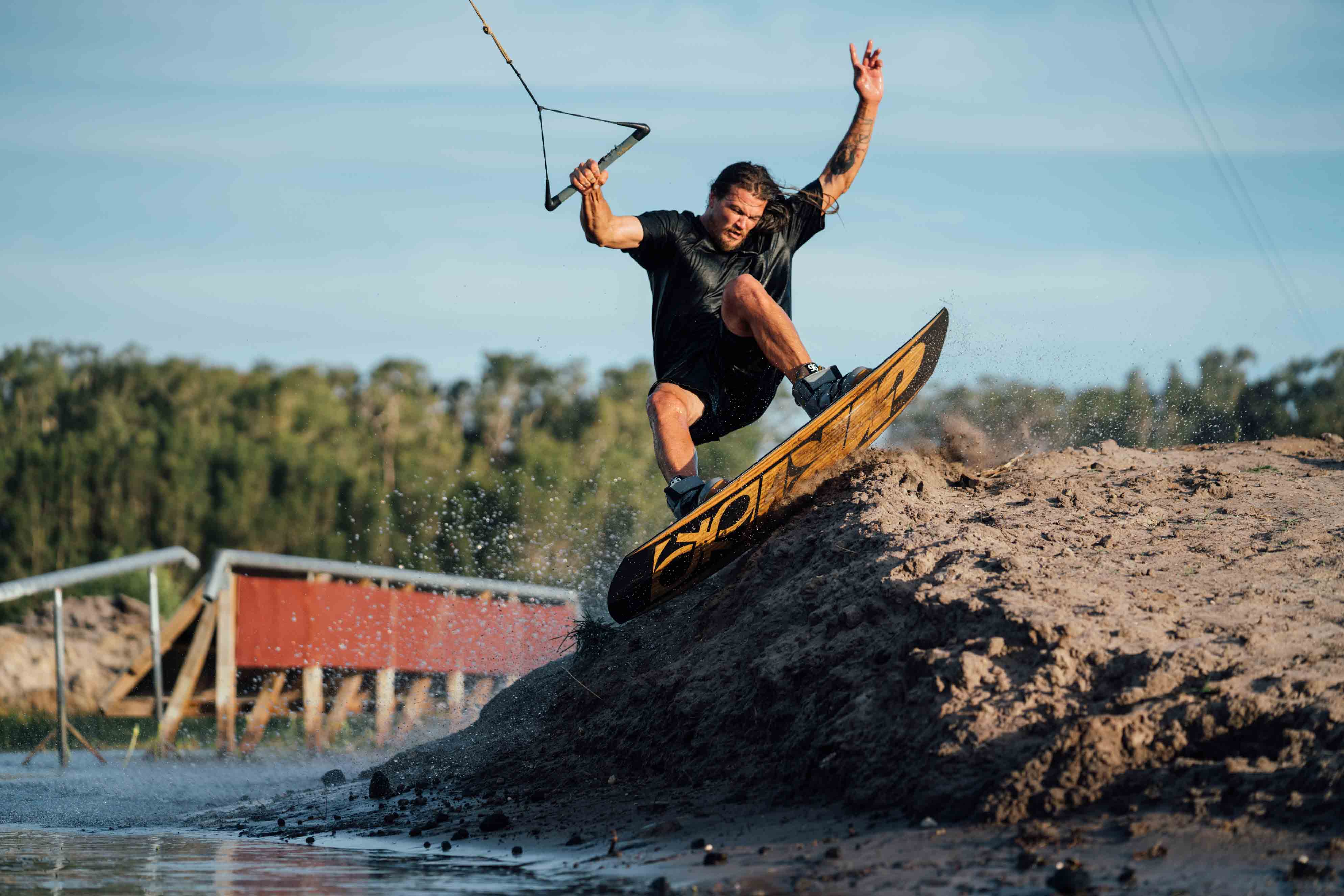 Private parks are becoming more and more abundant these days. With cable systems being affordable and (relatively) easy to install/maintain, all it takes is a decent stretch of water for you to have your own custom wake park. But don’t think places like that just fall out of the sky; they take a lot of blood, sweat, and tears to become reality and even more once they’ve come to fruition. You’ve seen the pictures and videos from these places but what really goes into making one of these little slices of heaven appear? We caught up with Mitch Langfield to get the scoop on his backyard park, The BlackSpot, to see what it’s really all about.

Alliance: Hey Mitch, how have things been? Where did the idea of the BlackSpot come from and how long did it take to make happen? Were there any major hold-ups?

Mitch: Hey! I guess it’s everyone’s dream to be able to ride in their backyard. Luckily for me, I was able to make that dream a reality. In total, from planning until the towers went up, it was about three years. The biggest hold up was finding land with a lake ready to go!

Alliance: How did you decide on the location? Is it a family owned place? How far is it from where you live?

Mitch: Yeah, my parents’ business owns it. We were originally looking to set up a cable park next door to the property the BlackSpot is on now, but the council knocked it back and then the land was sold off. It all used to be one big sand mine. I live on the property with my Mrs. and two dogs. 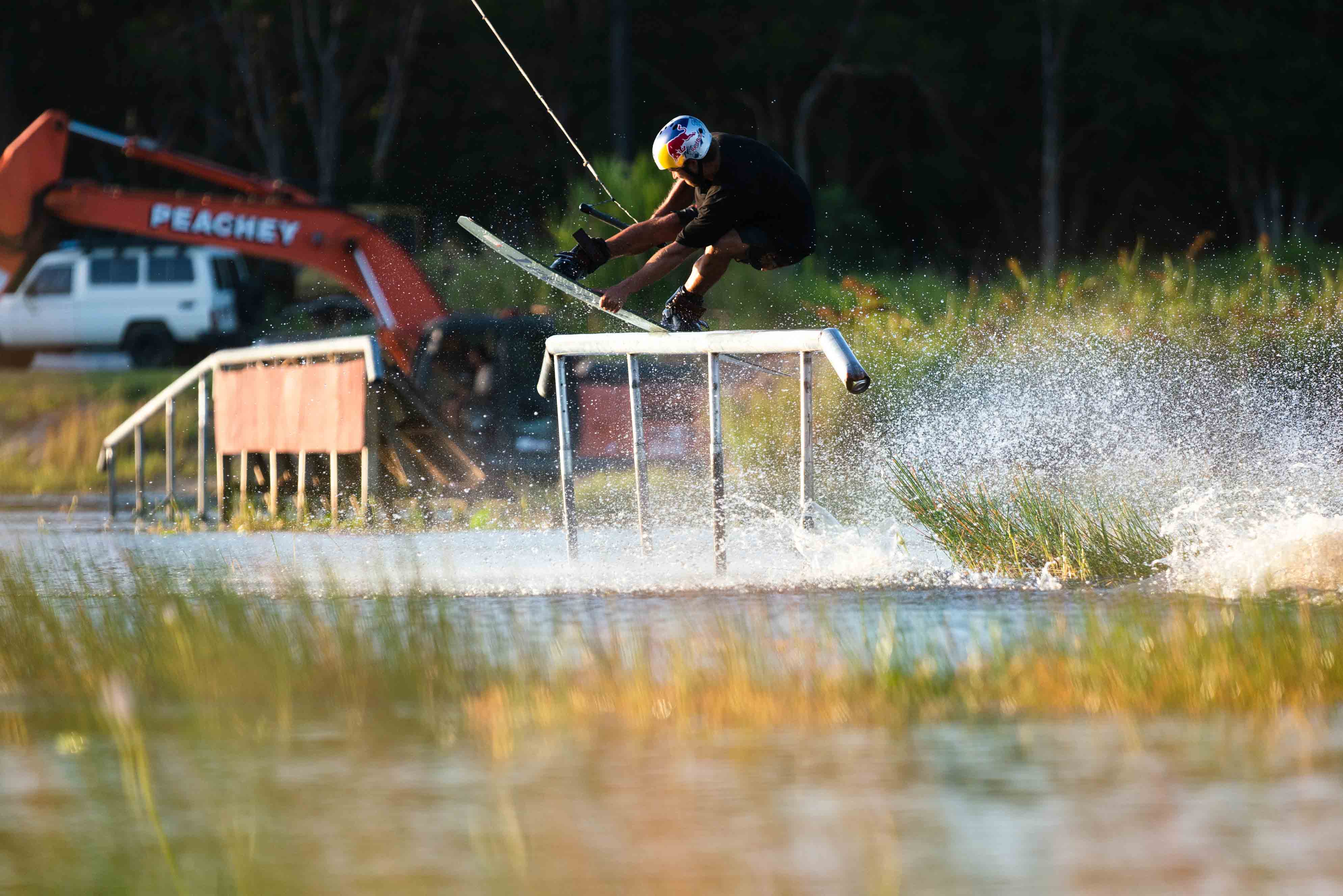 Alliance: In all the clips we’ve seen from there, it looks like it’s a very shallow pond. Is it a natural spot or did you have to dig it out and flood it?

Mitch: The first year, it was shoulder high but had loads of reeds so it looked super shallow. Since then, I’ve been struggling with water the whole time! The retirement village that’s behind us dug a massive lake so they could level the ground for more homes and since all the lakes around here are from the water table, there’s just not enough to go around! As that lake filled up, mine lowered, so that was frustrating. We’re pretty much relying on rain right now and we haven’t had hardly any until this weekend! So I’ve actually got some water now!

Alliance: You opted for the Sesitec 2.0 HD. How long is the run and how has having that extra power influencing what you build out there?

Mitch: The HD is the best, hands down. It’s not even the extra power really, it’s the counterweight that makes the difference. My run is 250m with hardly any sway which is awesome. It can go another 100m but at 250m, I’ve had a 15-hit line set up so I think it’s enough. For now … 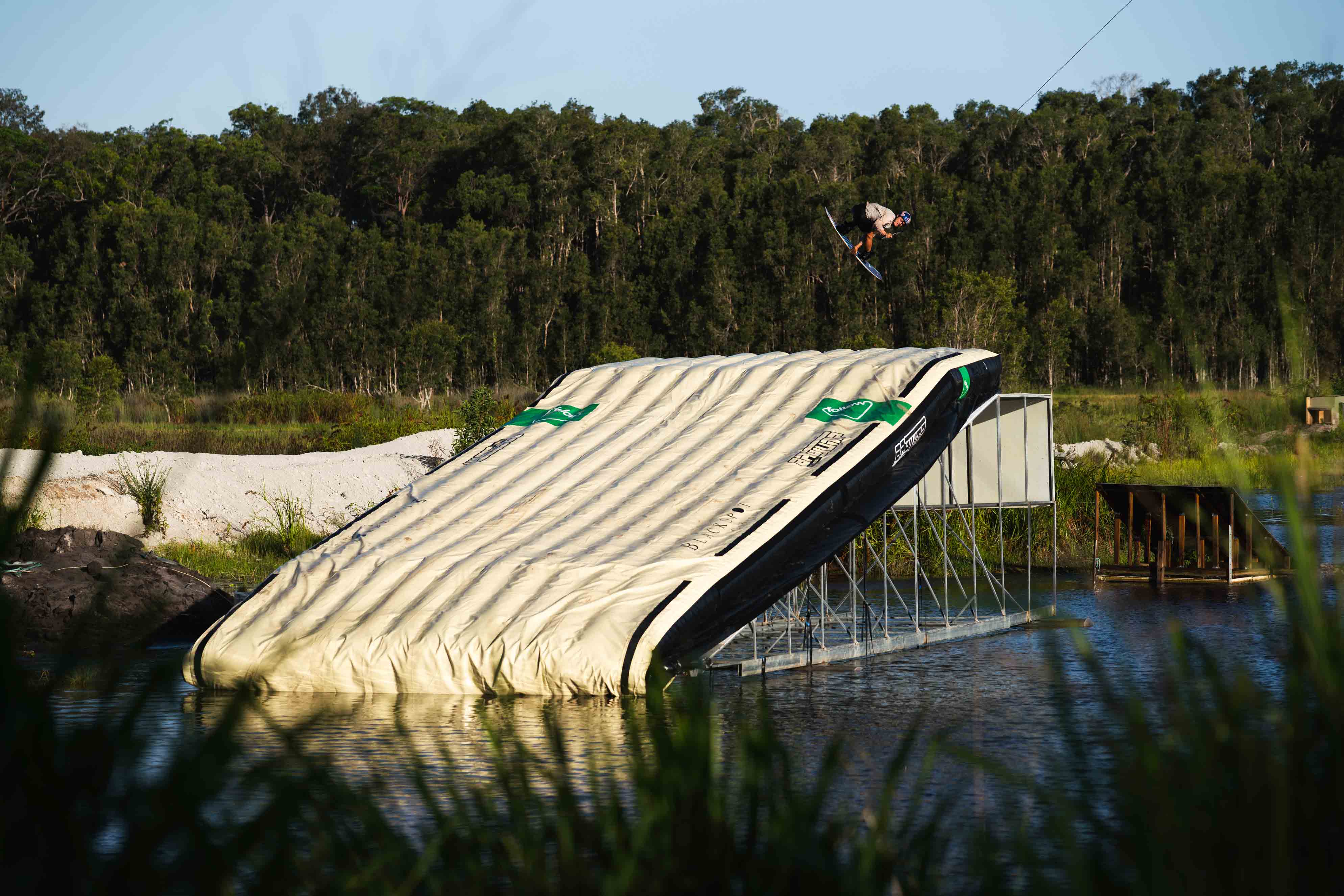 Do you have your own mega ramp?

Alliance: What’s your favorite set up that you’ve built out there so far? That mega ramp looks pretty chill … what’s the story behind the landing pad?

Mitch: *laughs* Yeah man, super chill. That thing has been a nightmare! Mainly because of the whole no water thing. It’s been hit but still needs a bit more testing before I can say it’s really done. Currently, I’m digging out the lake but that’s the main thing in mind for once it’s dug.

The best set-up was the turf quarter-pipe that I built with Scotty Wilkings, for sure. It was so much fun! I highly recommend building one if you have the means. 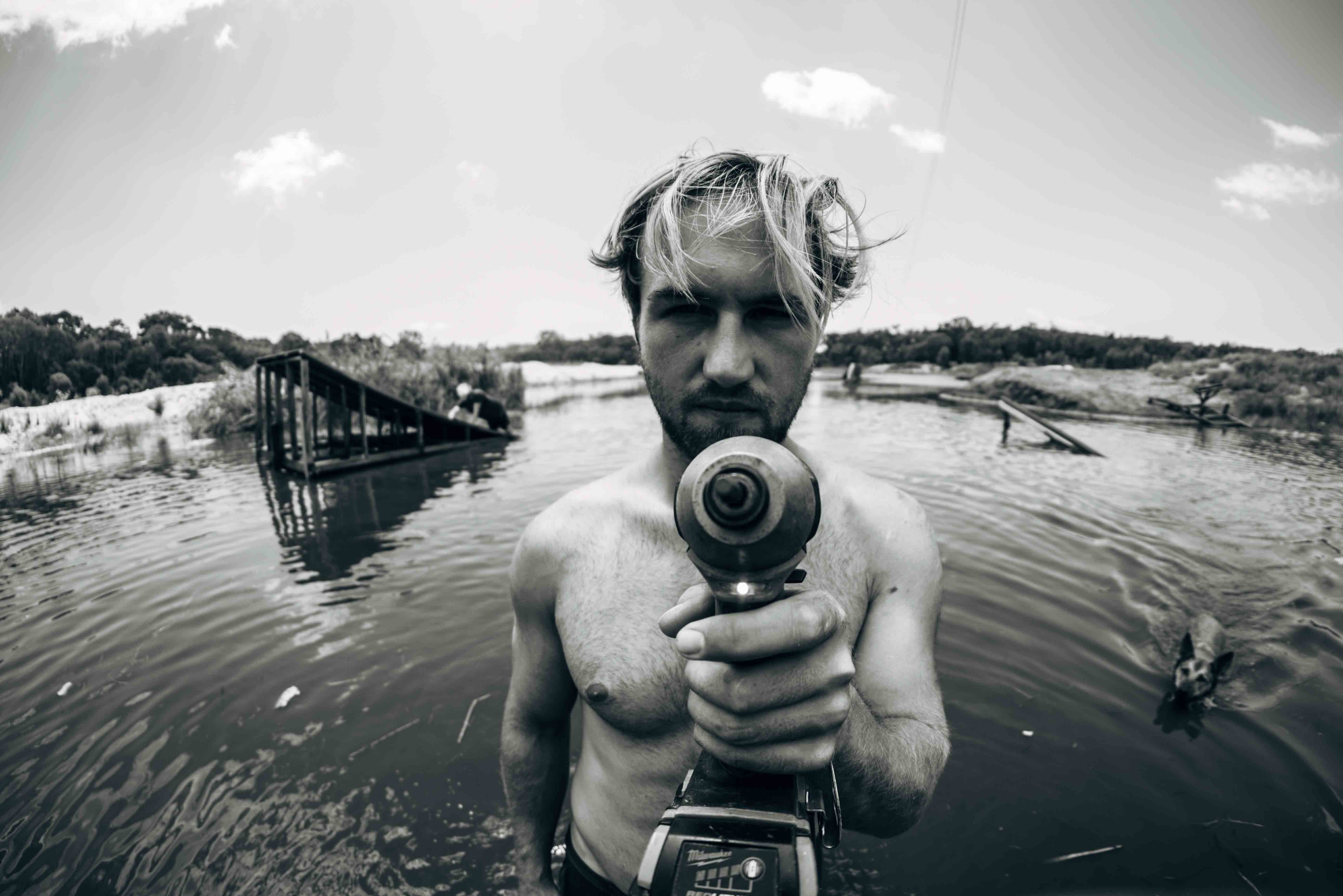 If you get the invite, make sure you put in some work

Alliance: It looks like you’ve had some pretty awesome riders out there since you built it. Do you have any good stories of riders getting broken off or anything like that?

Mitch: Nothing serious thankfully! A lot of close calls though. One time, Windsor’s mate Jacko rode and the last thing I said to him was “always watch where you’re going or you’ll run into something”. Well as you can guess, he wasn’t paying attention and one of the handrails almost circumcised him. There was a bit of skin hanging off the end of the rail where he hit it so that’s about as gnarly as it’s gotten out there.

Alliance: Do you have any “park rules” that the riders have to adhere to in order to be invited or, more importantly, be invited back? 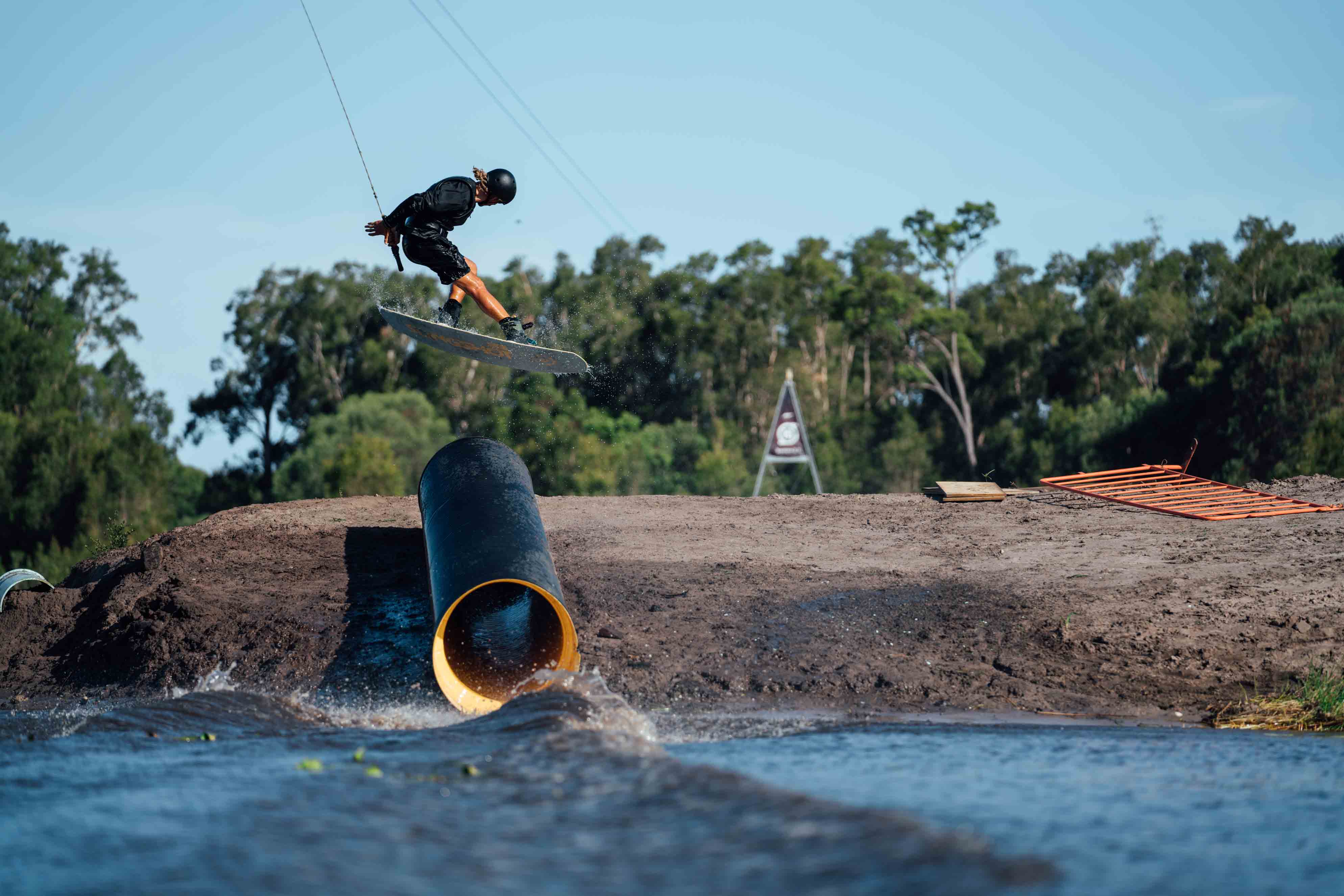 Alex Graydon stabbing one into the pool (photo: Walden)

Alliance: What are your plans for the future of BlackSpot?

Mitch: Since I’ve started digging it out, I’ve started making a pool. It’s just a stab in the dark at this point but I think it’ll work good once it’s done. The down ramp and airbag set-up will be first like I said. I also want to do some “Ripper Grom” camps out here as well at some point!

Alliance: Any tips for somebody looking to put together their own private park? 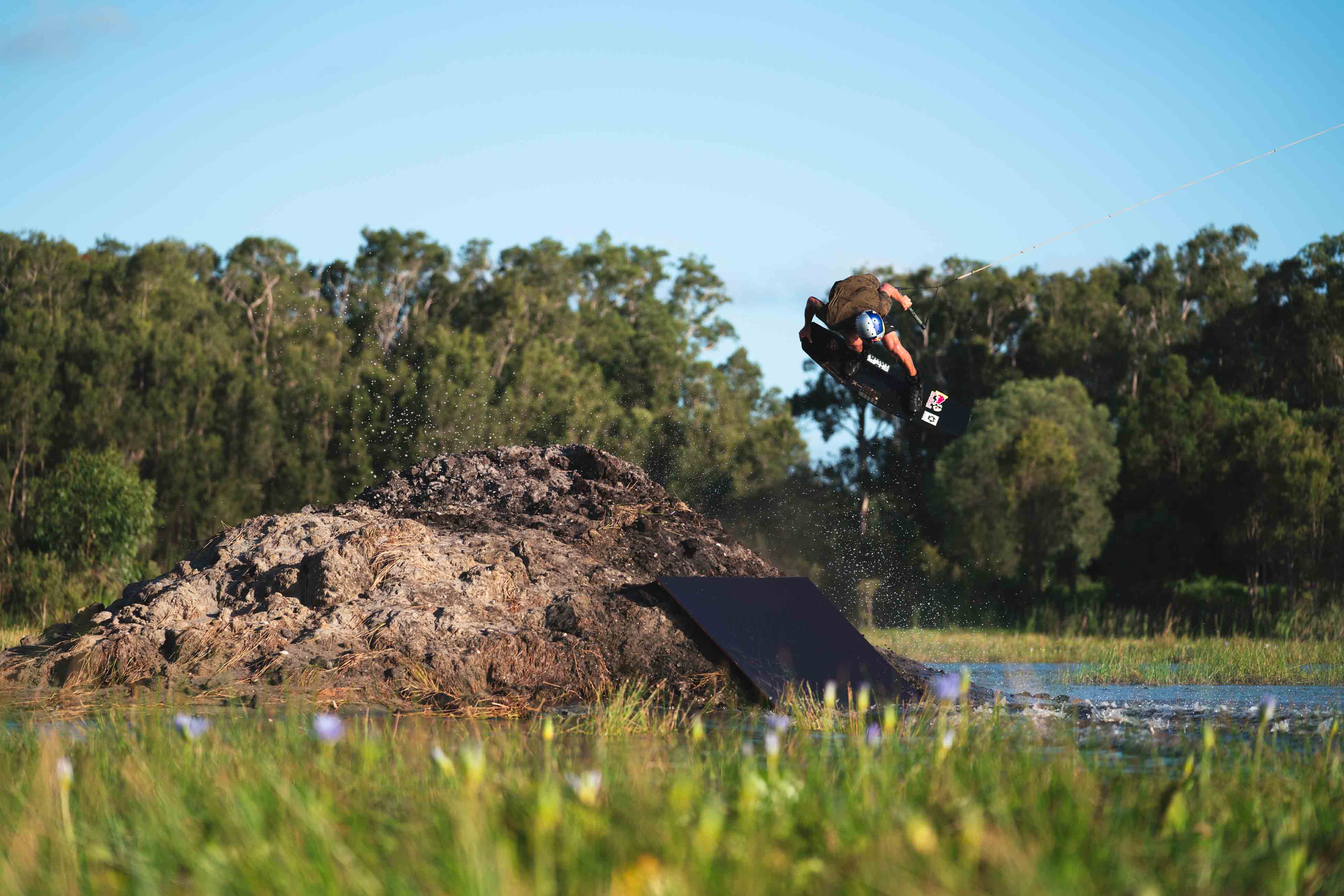 It doesn’t matter the spot, Dom Hernler will shred it