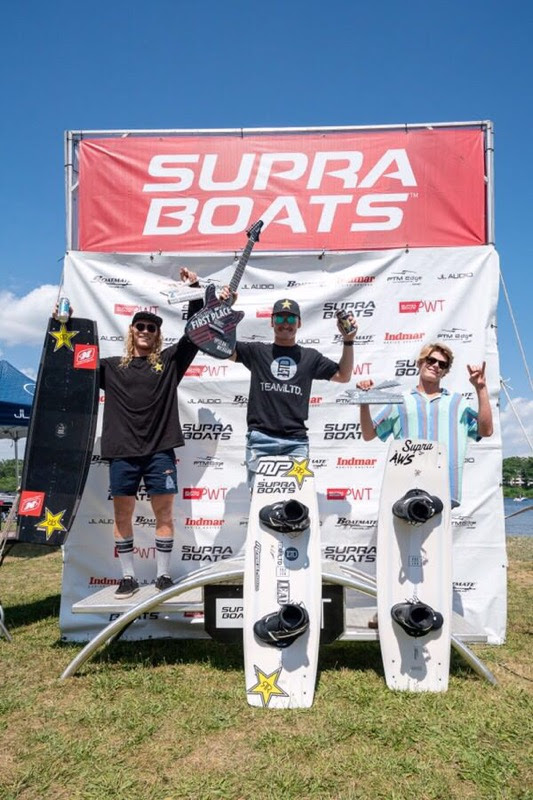 YPSILANTI, Mich. (July 13, 2019)— Team Supra riders Sean Silveira and Nic Rapa were both victorious in Round 3 of the 2019 Supra Boats Pro Wakeboard Tour season on Saturday, July 13 in an inaugural event at Ford Lake Park in Ypsilanti, Mich. Silveira remained undefeated in Wakesurf, as he won for the third time in 2019. For Rapa, it was his second win of the season in Wakeboard, after opening the year with a victory in Katy, Texas in May.

Silveira opened the day in Wakesurf by edging Noah Flegel in the semi-finals by a scant 0.2 points (88.7-88.5). In the finals, the native of Orlando, Fla., picked up the win over fellow American Jake Caster. Silveira extended his lead in the championship battle as he looks to win his second consecutive Wakesurf title.

Rapa was victorious over Noah Flegel in the Wakeboard final round (89.33-81.67), with Noah Flegel, finishing third. The Australian won the fourth quarter-finals heat over fellow Team Supra rider Sam Brown. In the second semi-final, Rapa finished third to advance to the final round. Rapa stretched out his lead in the championship standings as he chases his first title.

The Supra Boats Pro Wakeboard Tour will wrap up the 2019 season on Saturday, August 3 at Broadside Harbor Lakes in Caldwell, Idaho, outside of Boise.

Highlights of the Day: 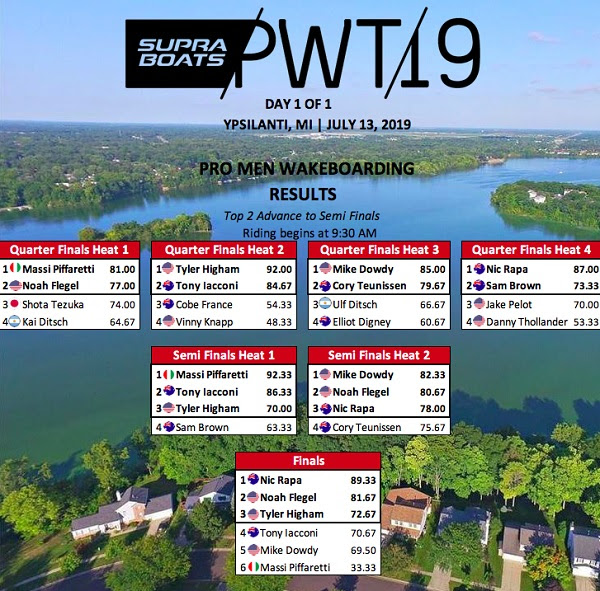 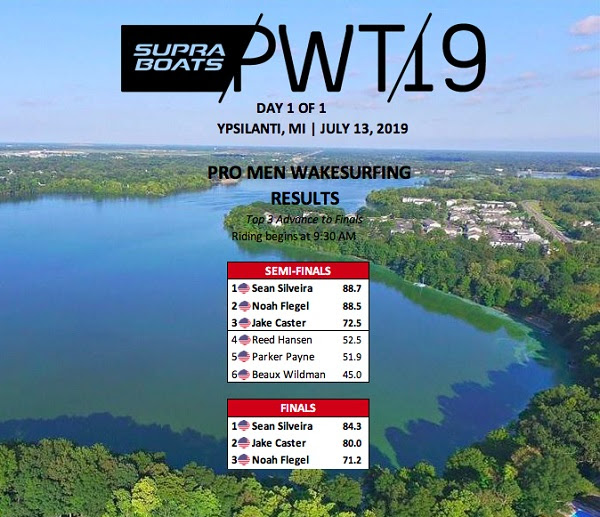