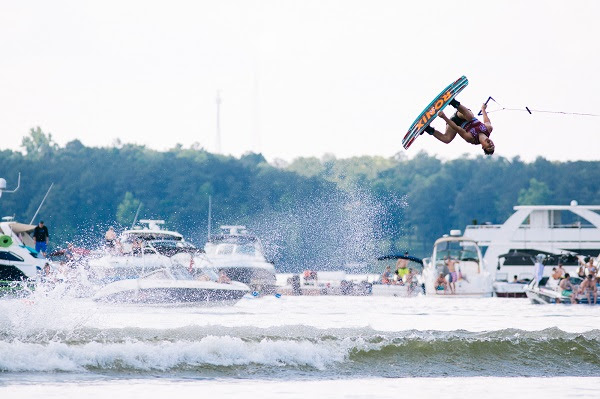 KATY, Texas (May 14, 2019)—The Supra Boats Pro Wakeboard Tour (PWT), begins its 27th season of competition this weekend at August Lakes in Katy, Texas, for an inaugural event, May 17-18. The visit to Katy will mark the first of four stops this season for the best wakeboard and wakesurf athletes in the world.

On Friday, May 17, an Open Qualifier for Wakeboarding (with free spectator admission) will be held, with eight spots on the line for the Main Event on Saturday, May 18. Upwards of 20 athletes are expected to take part in the Open Qualifier to earn a spot to compete on Saturday.

The top-eight finishers in last year’s PWT standings are already locked into the Main Event, led by reigning champion, Cory Teunissen. The Australian was victorious twice in 2018, including in the final event of the season in Warsaw, Ind. Teunissen also was on the top step of the podium last year in Mooresville, N.C. In the other two events, he finished second and fourth.

Nic Rapa, a Team Supra athlete, who led the standings for a large part of the season in 2018, ended up second in the championship battle. The Aussie won at Acworth, Ga., and turned in a very gutsy performance in the season finale, competing with a fractured fibula, and still finished in the top-five in that event.

Harley Clifford won the season opener in 2018 in Chandler, Ariz., and wound up third in the final standings. Tony Iaconni was fourth last year in points, with Jake Pelot rounding out the top-five.

Three additional riders are locked in from their 2018 performances, with Tyler Higham, the regining PWT Rookie of the Year, who finished sixth last year, Cobe France, who was seventh, and Mike Dowdy, who was eighth, in 2018.

August Lakes, where the PWT will open the season, is a picturesque, 100-plus-acre, residential watersports community located in Katy, Texas, which provides ideal water conditions for the Pro Tour.

The Supra Boats SA550 returns as the official towboat for the 2019 tour. Known for its clean, consistent and controlled wakes, the SA550 provides a balanced ride, precise handling and the platform to push athletes to the next level.

Tickets for Saturday, May 18 can be purchased online in advance at a discounted rate of $5/Adults and $3/Children, ages 6-12. At the gate, tickets are $10/adults and $5/children. Kids 5-under are admitted free of charge. Military (with ID) + 3 people are FREE. To purchase tickets online, visit https://bonnierevents.ticketspice.com/supra-boats-pwt-katy-tickets.