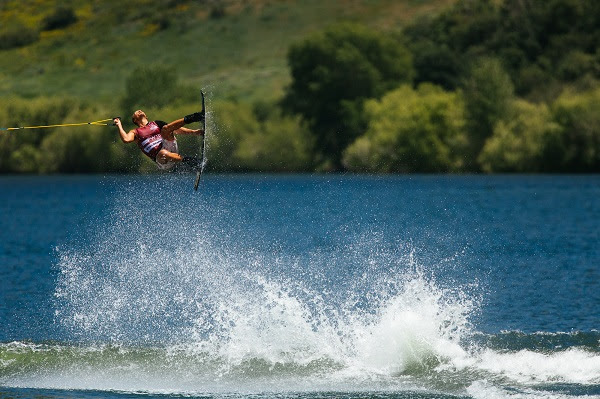 YPSILANTI, Mich. (July 2, 2019)—The Supra Boats Pro Wakeboard Tour (PWT), the largest and longest-running professional wakeboarding competition circuit in the country, continues its 27th season on Saturday, July 13 with an inaugural event at Ford Lake Park in Ypsilanti, Mich. Action begins on the water at 9:30 a.m., with Finals in both classes set for approximately 2:15 p.m.

Ford Lake was formed in 1932 when Henry Ford completed a dam over the Huron River to supply hydroelectric power to one of his plants. The spacious lake covers 958 acres and is surrounded by the six-park Ford Lake Park System, which will provide fans of the Supra Boats Pro Wakeboard Tour plenty of great viewing locations.

“Going to a new market and venue is always exciting for the Supra Boats Pro Wakeboard Tour,” said Chris Bischoff, Director of Operations, Pro Wakeboard Tour. “Michigan has long been known for having a very strong and passionate watersports community. We are thrilled to bring the excitement and atmosphere of the Pro Tour to Ypsilanti.”

In the Wakeboard class, a different rider has been victorious in each of the first two events of the season. Team Supra rider Nic Rapa opened the 2019 campaign with a win in Katy, Texas, and is the current Tour point leader. Cory Teunissen scored his first victory of 2019 in the second round in Mantua, Utah a few weeks ago. Rapa currently leads Teunissen by 15 points at the halfway mark of the season.

Sean Silveira, another Team Supra rider, is undefeated this season in Wakesurf. The native of Orlando, Fla., followed up a season-opening win in Texas in May, with another triumph in the second round in June in Mantua, Utah. Silveira swept that entire event, winning a Qualifying Heat, a Semi-Final Heat and the final round. In the standings, Silveria has a 20-point lead over fellow Team Supra rider Parker Payne, with two events remaining in 2019.

“We have had two exceptional events to open the 2019 season and the event at Ford Lake Park will be vital in the championship battle this year in both Wakeboard and Wakesurf,” said Bischoff. “We have a great partner Club Royale, the local Supra Boats dealer in the Ypsilanti area, and look forward to working with them as we showcase the sport.”

The family-friendly event features the world’s top-16 professional wakeboarders and the top-6 professional wakesurfers as they compete for the top spot on the podium and season-long points in the third round of competition of the four event series.

The Supra Boats SA550 returns as the official towboat for the 2019 tour. Known for its clean, consistent and controlled wakes, the SA550 provides a balanced ride, precise handling and the platform to push athletes to the next level.


Tickets for Saturday, July 13 can be purchased online in advance at a discounted rate of $5/Adults and $3/Children, ages 6-12. At the gate, tickets are $10/adults and $5/children. Kids 5-under are admitted free of charge. Military (with ID) + 3 people are FREE. To purchase tickets online, visit bonnierevents.ticketspice.com/supra-boats-pwt-ypsilanti-tickets

About Skier’s Choice Inc.
Skier’s Choice, Inc. is the proud manufacturer of Supra and Moomba performance inboard wakeboard, wakesurf and waterski towboats. Supra has been a leader in the inboard industry since 1981. The Supra brand is synonymous with innovative styling, luxurious interiors, highest construction quality, and unsurpassed wake performance. The Moomba brand delivers quality and performance far above its class. Moomba offers the best wake performance technology and none of the fuss. The company is privately held and is located in Maryville, Tennessee.Skier’s Choice encourages all boating participants to learn and follow safe boating practices. There are risks associated with boating and water sports activities. Be mindful of the risks, familiarize yourself with the environment, know your limits and conduct yourself accordingly.