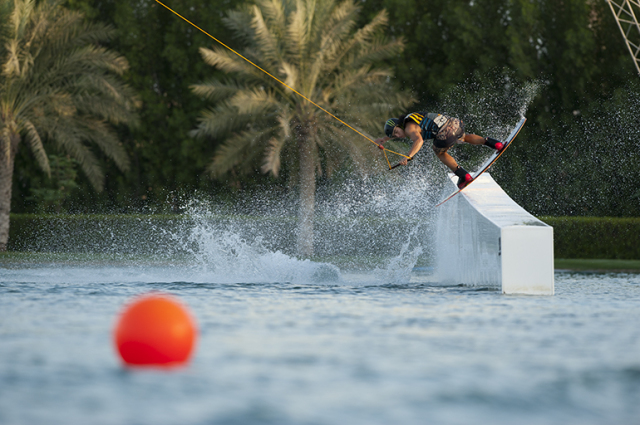 The competition started early this morning to push through all the way until sundown. Today covered every single division, showing not only incredible riding level from all participants but also a great range of age from 5 to 46 years old and an amazing number of countries represented in this international level competition. Riders from 11 different countries won world titles and showing 26 total countries, which is a proof that our sport is in great shape all around the world! The motivation levels were off the charts in all categories of riders and everyone was pushing not only their own limits but also those of our beloved sport.

The hype and energy went up all day to culminate as the sun got closer to the horizon, while a crowd of beautiful people filled the banks of the Al Forsan’s lake. The sunset saw the ladies’ pro and features finals with five of the best riders in the world battling hard to show the judge what they’ve got and win the one and only World Title. They all demonstrated amazing level and consistency, catching all of the crowd’s attention. If we look at how these ladies performed consistent hits and solid tricks all around – like easy looking 720s by double title winner Julia Rick (GER) –, “riding like a girl” is actually quite the compliment.

The other strong and very awaited moment of the day was of course the Men’s Pro and Men’s features finals. Two different format, one big dose of excitement for everyone who gathered around the lake to watch the show. The guys definitely gave it all they got, landing gigantic triple rotations off the kickers, complicated air tricks and steezy rail hits. It’s not that often that we can see such an amazing pool of international talent, all together in one place! They were all pushing it and getting amped on what their friends yet momentary rivals are doing on the water. The crowd went crazy when Pro Men’s Features winner Aaron Gunn (USA) landed a Mute to Stalefish Heelside 900 while traveling over 25 meters and 5 meters high, which got a well deserve “Oh My God are you kidding me!” shout from our on-site announcer Dean Smith.

“This event was freaking insane and I enjoyed every minute of it!” told us Aaron Gunn shortly after getting his trophy.

One of the highest moments of the day took place during the award ceremony, when local national pride was at its highest as up and coming star Omeir Saeed won the Amateur Wakeskate Champion title as well as getting a very special mention for making it to the finals in the Pro Men Category, a first by a UAE national rider.

The day might have ended with the award ceremony, but the night just started as the organizers puts together a massive light and sound show to round off the event in style, right after a impressive “winner takes all” night kicker contest. Abu Dhabi is definitely the place to be tonight! 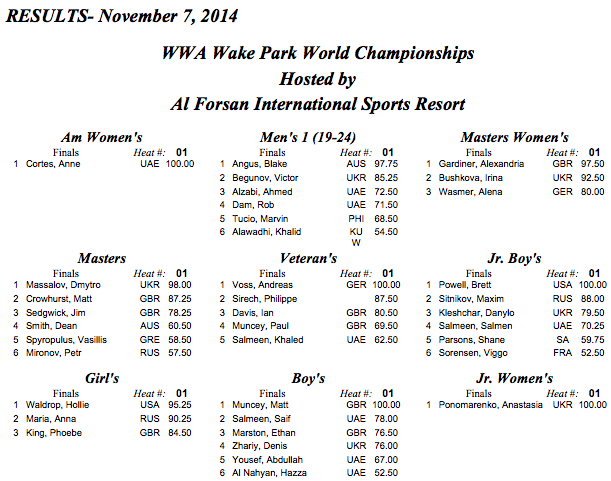 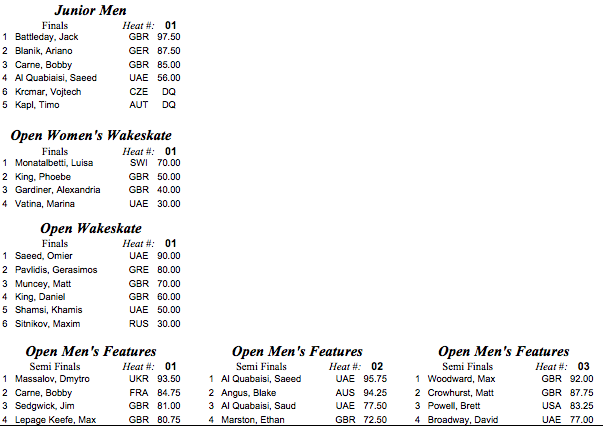 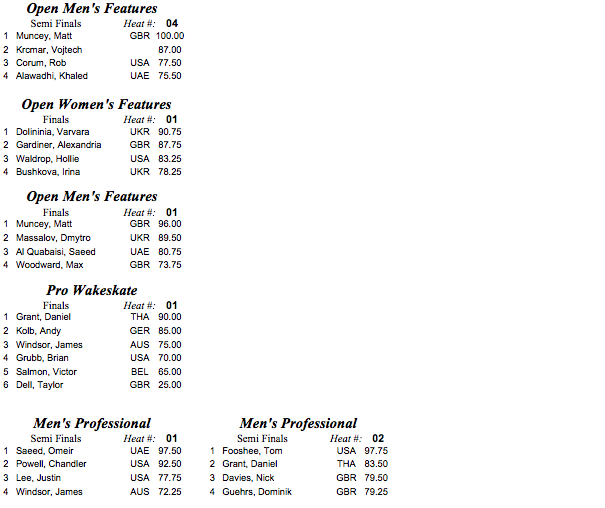 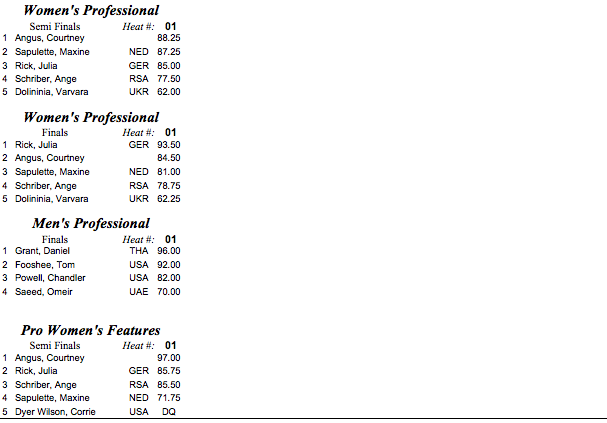 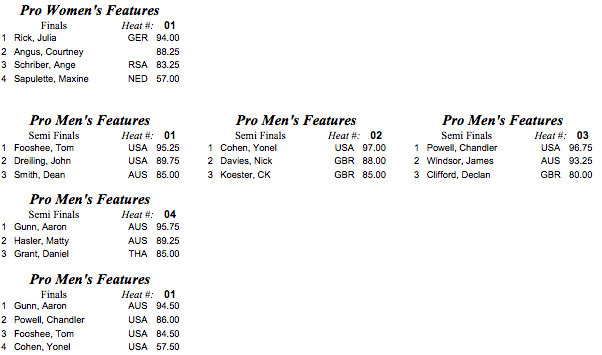