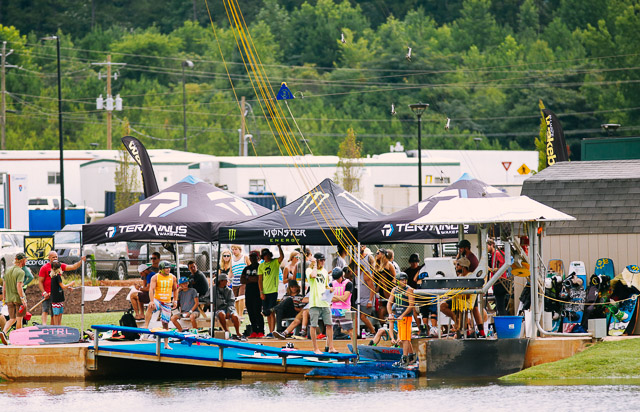 Mother Nature is either a fan of wakeboarding or Terminus Wake Park – probably both – because she gifted some perfect conditions for the first day of the second stop of the Monster Energy Wake Park Triple Crown at the country’s hottest new park. An international contingent of the best park riders came out to the turf-lined shores of Terminus’ advanced lake to compete for over $20,000 of prize money. Following the heavy hitting of the first stop at CajunX, the competitors didn’t make it any easier on themselves, much to the delight of the fans in attendance. 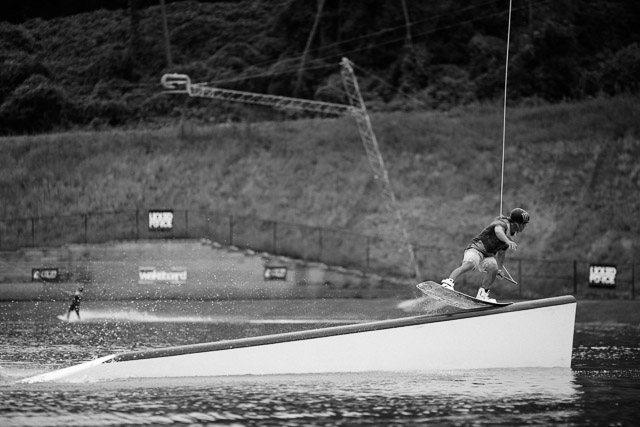 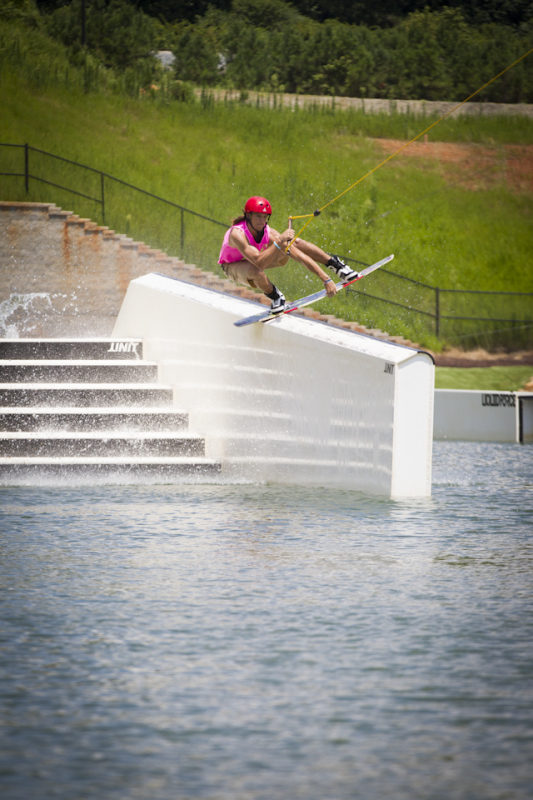 Austin Pratt doesn’t care what you think about grabbing on rails   Photo: Rutledge

One of the great aspects of the WPTC is the “come one, come all” attitude at each stop. Not only is each stop open and a friendly environment, there are divisions for all levels of riding. The day kicked off with the Amateur Women, giving a handful of lady shredders the opportunity to compete against each other in the same contest setting as the best riders in the world. From there the morning clouds burned off and the Pro Women and Open Men divisions hit the water. With international stars Angelika Schriber, Sophie Hogben, and Courtney Angus all in attendance, the Pro Women’s heats were full of top-level riding. 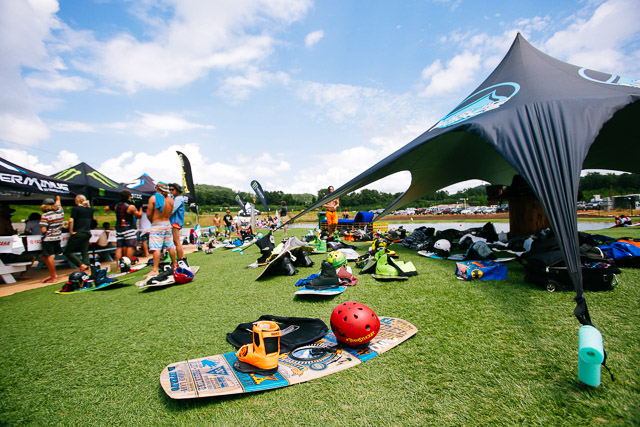 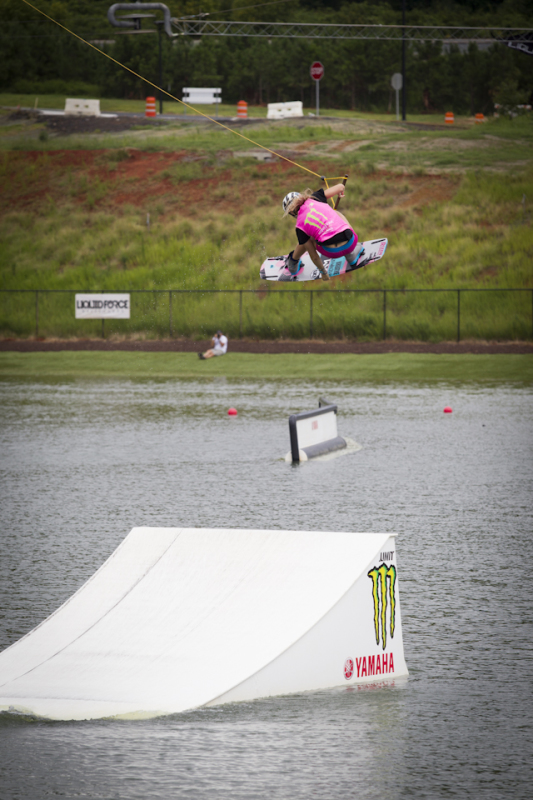 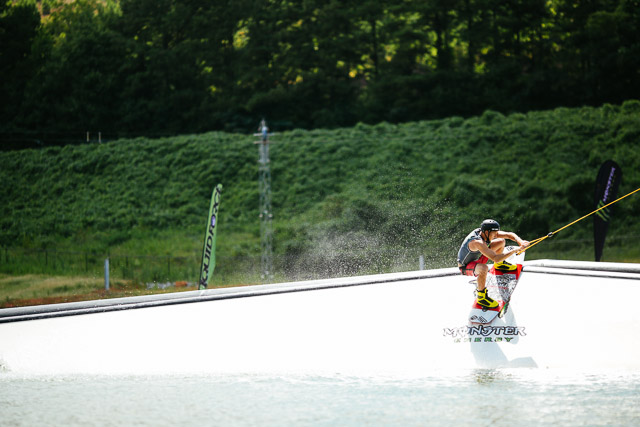 Throughout the day fans and riders alike were witness to some of the most progressive and inspiring riding to ever go down in the history of the WPTC series. With the Raph Derome signature rail from UNIT in play for the second time ever at a WPTC event, Graeme Burress and Cole Vanthof showed off their creativity with unique transfer lines. Daniel Grant and James Windsor kept the crowd on their feet with their unbelievably huge air off the XL Kicker – you know a rider is going to go big when his back is skimming the water as he edges in toward a giant ramp. But the trick of the day belonged to none other than young Cody Hesse with his signature switch mute double back mobe – that’s two back rolls with a 360 rotation, while holding a mute grab the whole way around. After landing it on his last trick in the first round, Cody was greeted with a large cheer and lots of high-5’s from his fellow competitors. 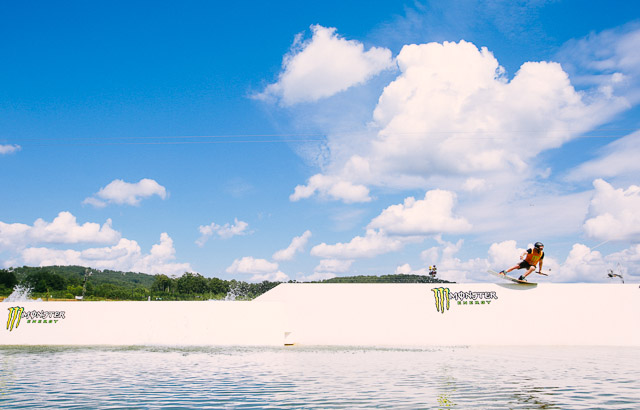 Graeme getting down on the Silas pool   Photo: Cortese 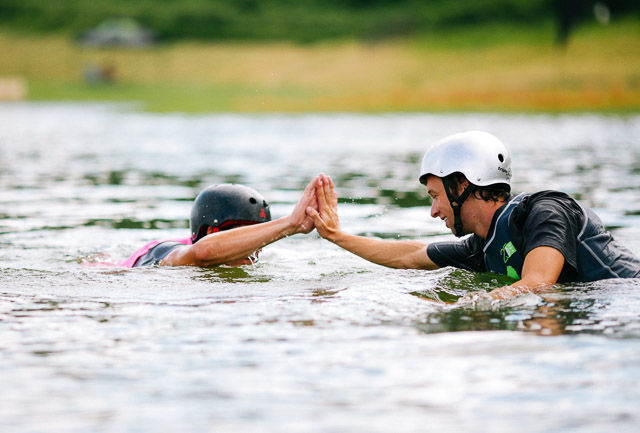 The day wrapped up with one of the most intense quarterfinal rounds in the history of the WPTC – any one of the 12 riders left could stand on the top of the podium at the end of the contest. More insane riding went down and more jaws were dropped. The action was intense, leaving the semifinals for tomorrow guaranteed to be filled with tension – and fun. If you’re anywhere near Terminus Wake Park outside of Atlanta, be sure to come by (it’s free!) and catch all the action. You’re guaranteed some incredible riding, great interactions with the pros, and a fun-filled atmosphere the whole day. We hope to see you there. 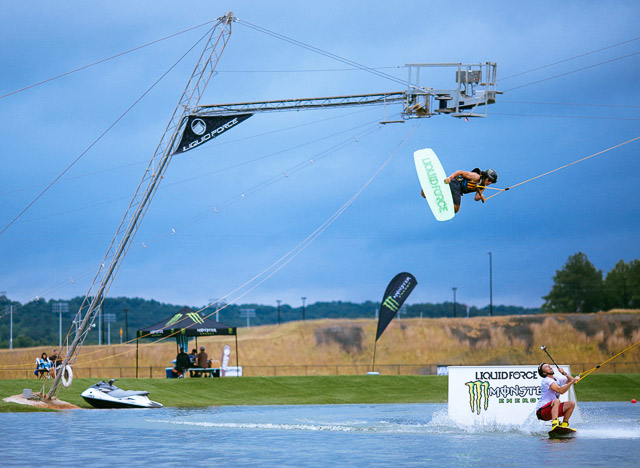 Daniel Grant likes to start his day off with giant airs during film sessions – before the contest starts…   Photo: Cortese