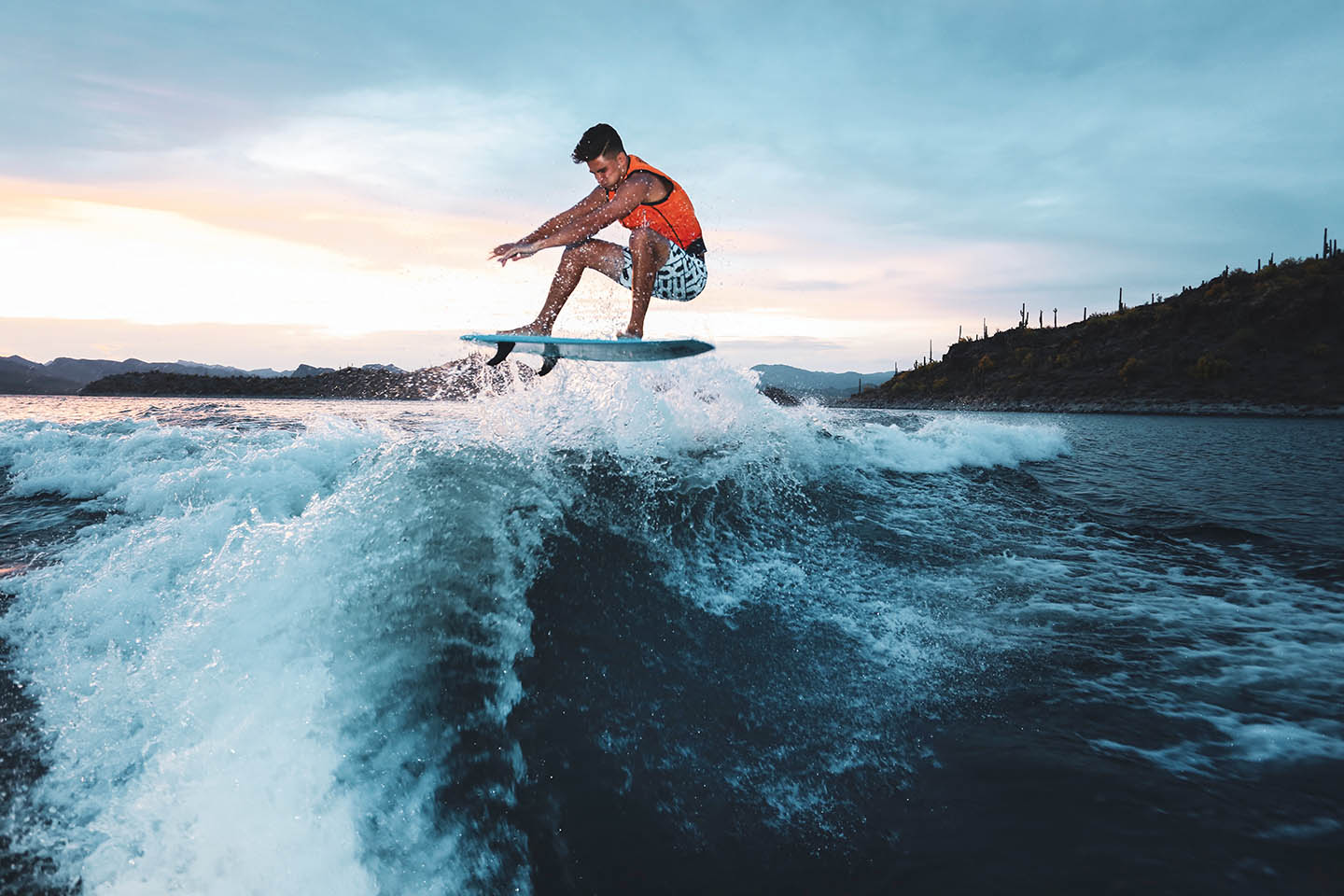 Hey Connor, how’s life? Tell us a little bit about yourself.
Hey! My name’s Connor Burns! I just graduated high school this year and I’ve been learning the ways of my Dad’s business while still being able to wakesurf as much as I’d like.

How and when did you start wakesurfing? I started wakesurfing back in 2016 when my friend took me out on their boat. I loved the sport so much, we ended up getting our own boat within a few months.

Do you snowboard or do any other sports for cross-training? How has that helped? I live about 2 hours away from the closest mountain so I get season passes there and go as much as I can, however the season here is only about 3 months or so. I also practice my shuvs on the trampoline with a skateboard deck which I believe helps a ton and not a lot of people know about it! 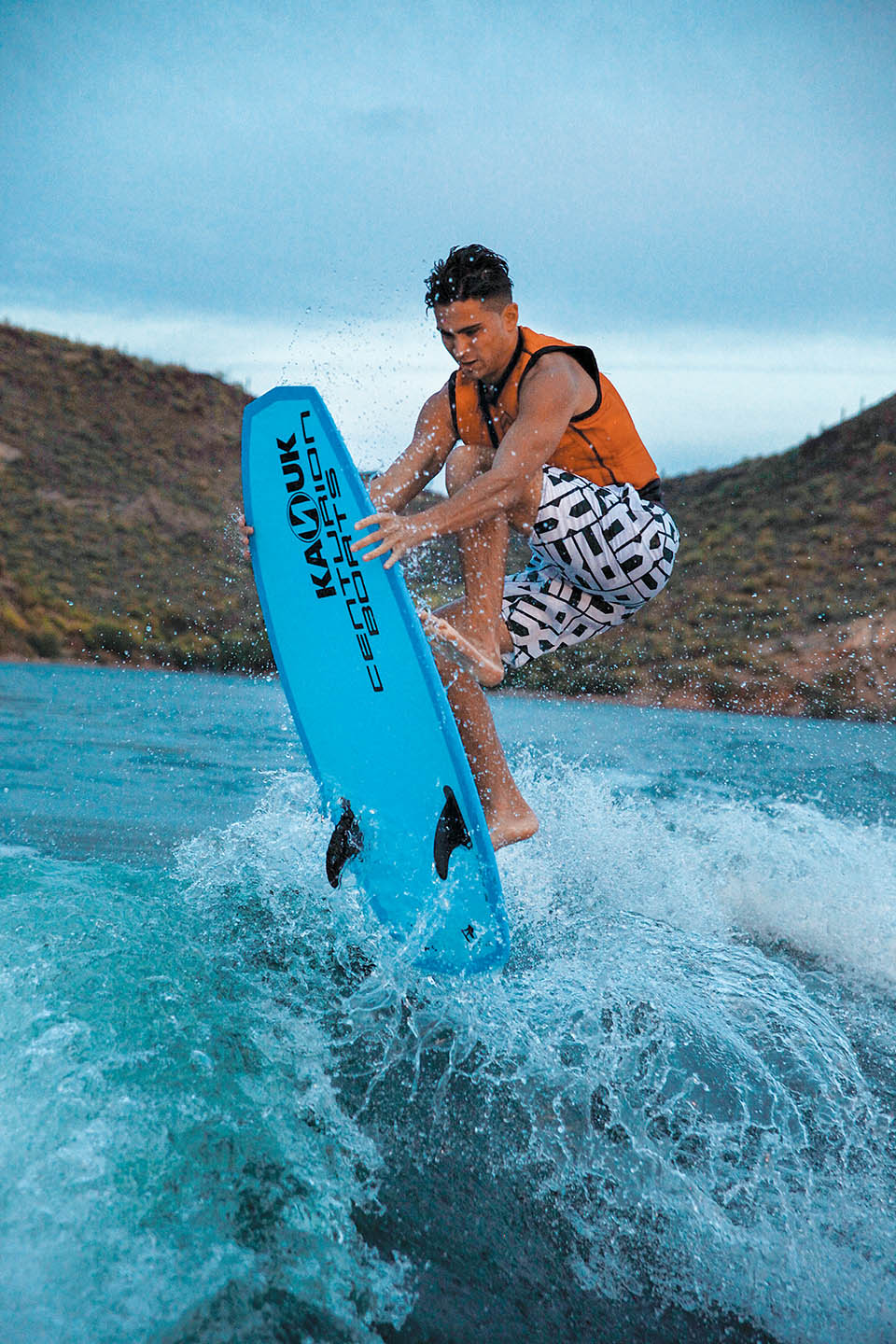 What events do you enjoy and which do you plan to do this season?
I think the event I’m looking forward to most is the Japanese competition at Lake Biwa. I’ve been to this event last year and it was one of the best experiences I’ve ever had. Everyone there is the nicest people you’ll ever meet and the culture over there is something else.

You’re the 2018 Pro Mens Wakesurf World Champion. How do you plan to defend that title? Honestly, this season has been about keeping the sport fun. You get so caught up in training and trying to beat the next person above you that you forget the reason you started in the first place. I’m still working just as hard and training just as much, I’m just in it with a new mindset. 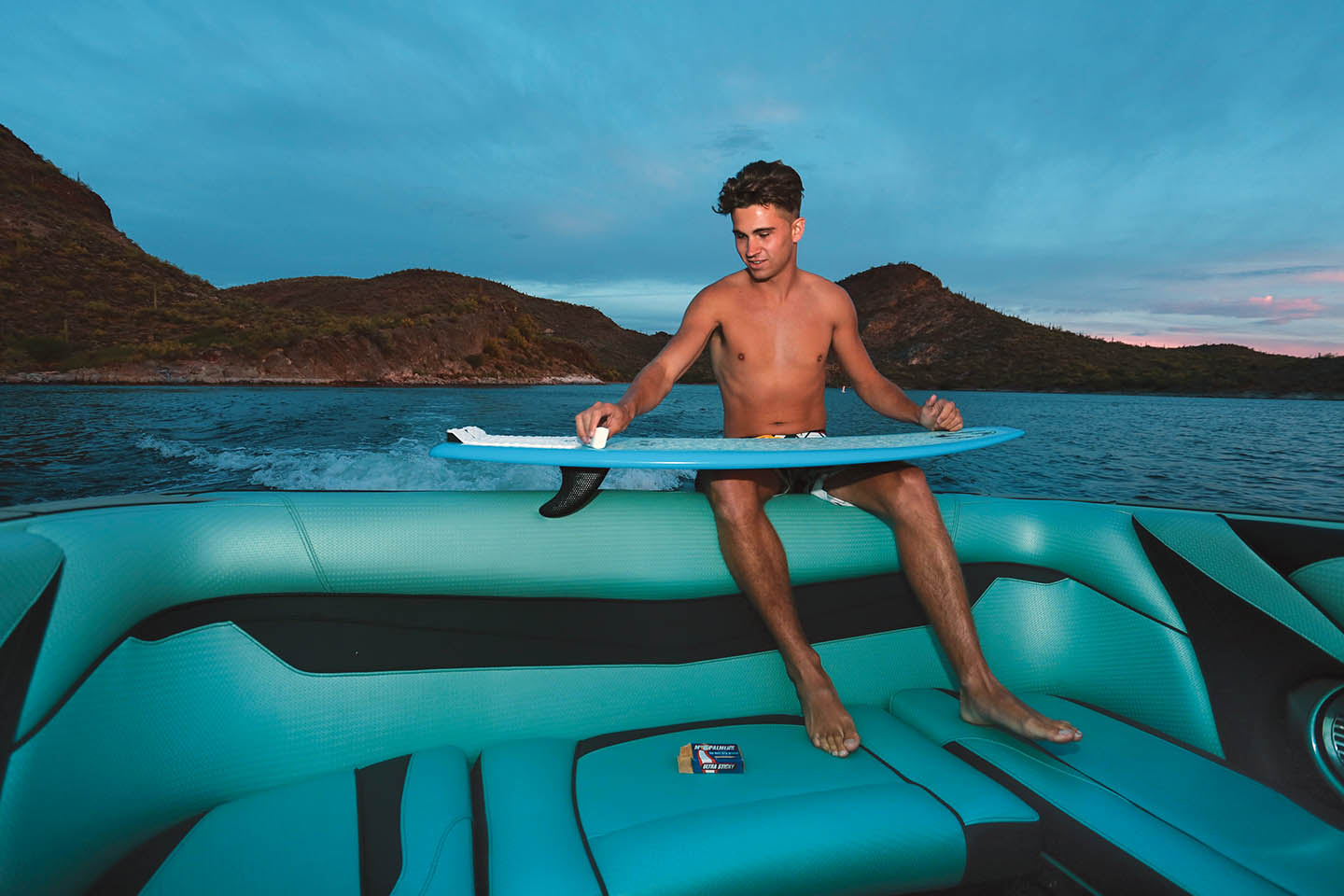 What’s your boat and board set-up of choice? Twin fin or quad? I actually just switched over to the Centurion Ri237. Let me say that this has been the best decision I’ve made so far! The wave has so much push and has unlocked so many new tricks for me. Also there are so many events pulled by Centurions so it makes sense to train on what I’ll be riding behind. As far as my board goes, I ride my pro model from Kanuk called the Burnsy Pro. I designed it with the intent of being able to do 360’s and shuvs easier on a surf style board. This year it is the number one selling board from Kanuk! There’s also a “top secret” pro model skimboard in the making so stay on the lookout for that.

What are some of the major changes you’ve seen in wakesurfing since you first started? Since I’ve only started competing about 3 years ago, I haven’t seen a lot of change. Although, I can see the sport progressing quickly and more people are getting into wakesurfing. 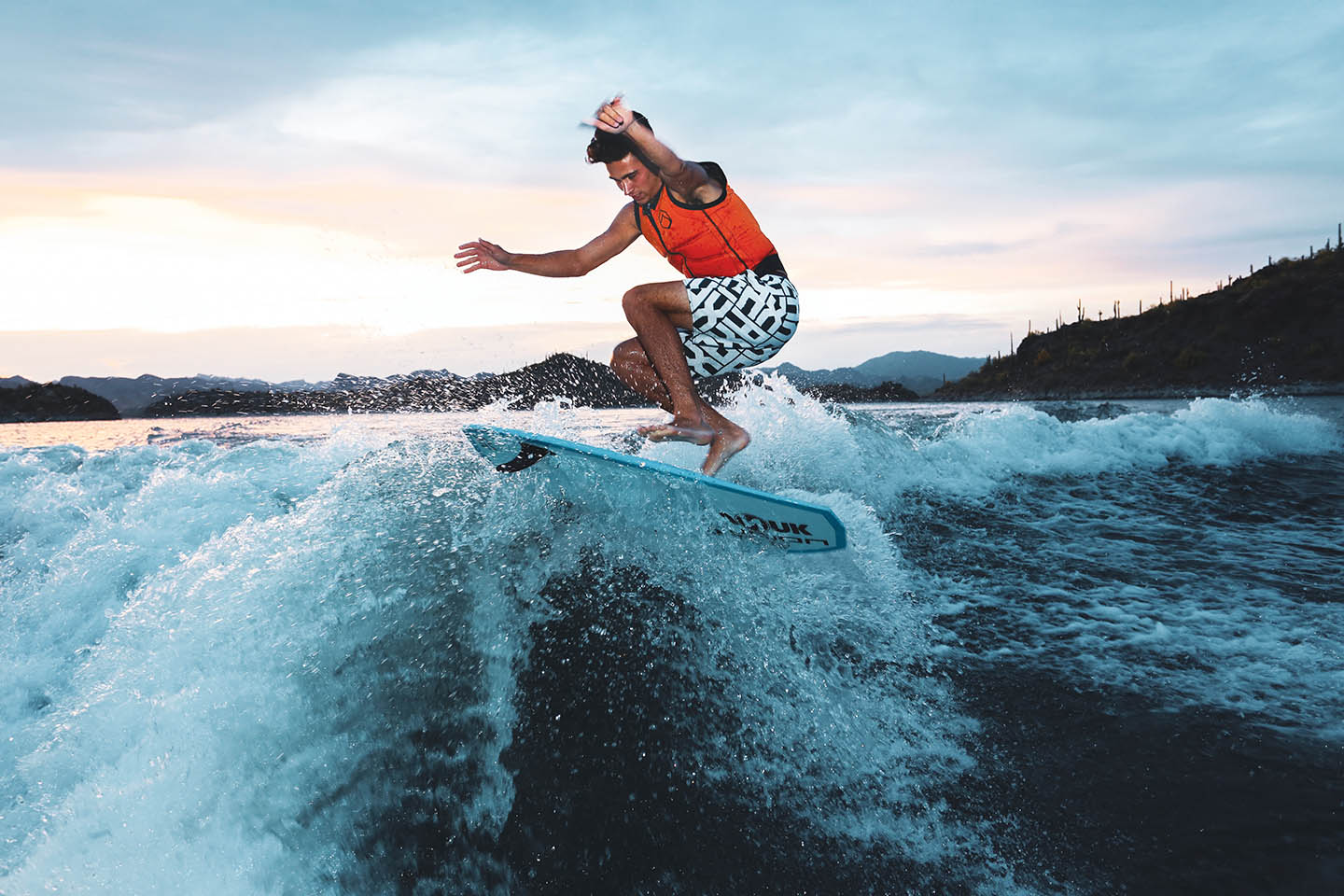 Do you have any pre-contest rituals or routines you live by? Certain meals, hopping on one foot, meditating etc.? The biggest thing that helps me before competing is clearing my mind. I try to go to a quiet area and just go through all the tricks I want to land in my head so I don’t forget when I’m out there. I also try to see what the conditions are and try to adjust my run according to that.

Is there one person on tour you have a rivalry with? Or look forward to competing against? I don’t really like to think about it as a rivalry, but it’s always a close one when I’m up against Keenan Flegal. He is the one person that I’ve set my goal to beat, and ended up beating him for the first time at the World Championships of 2018.

What advice would you give to someone eager to compete in wakesurfing and one day land at the top of the podium? The number one thing for someone looking into competing is just getting out there and trying it. So many people think you have to be a certain skill level to compete but there are divisions for everyone! If anything you can watch a competition on the live stream and see what it’s all about. I would also recommend getting coaching or advice from someone in the sport. I give lessons in Arizona for people interested in knowing what the judges look for, landing a new trick, or even people interested in riding behind a Centurion. You can message me on Instagram @ConnorBurns 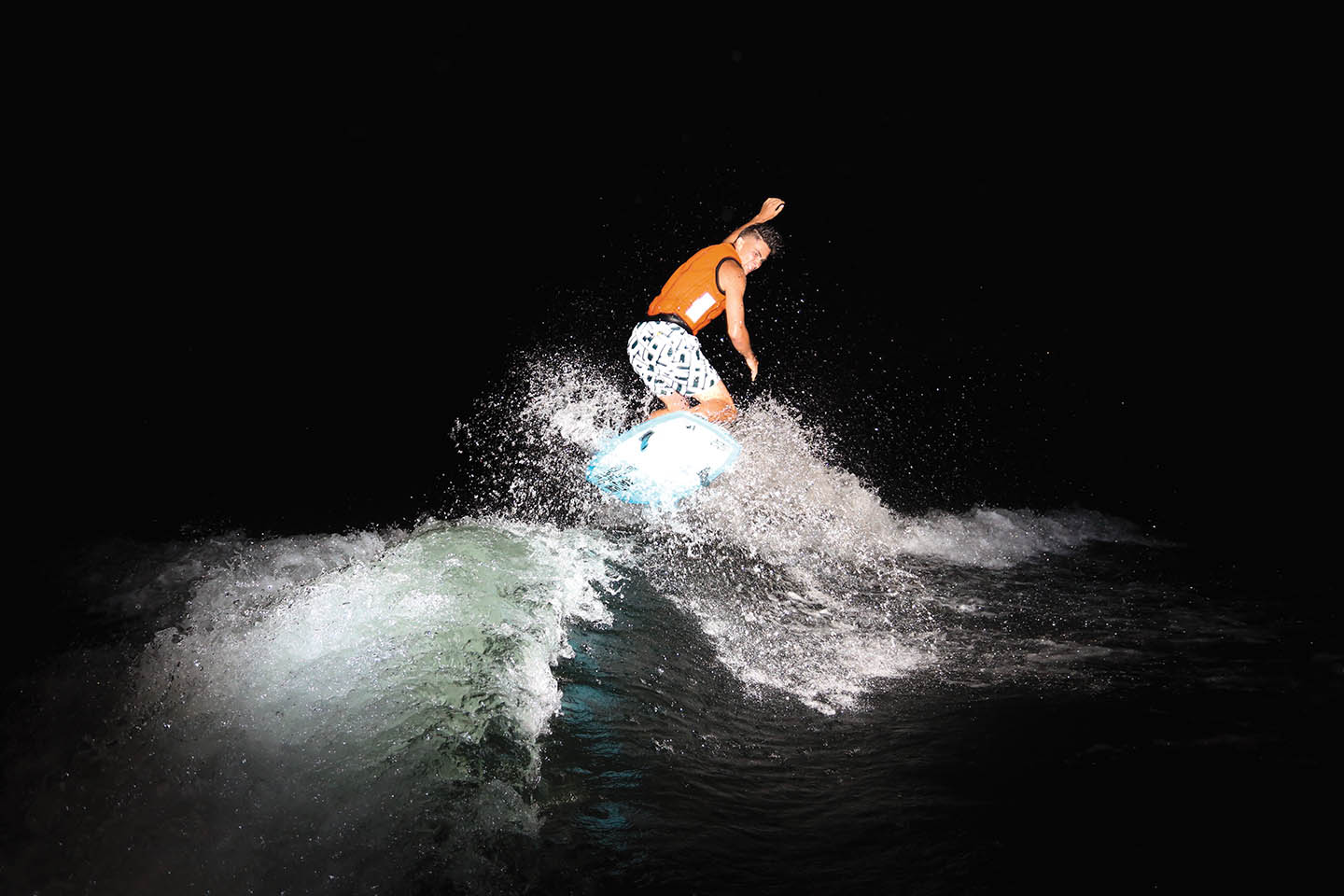 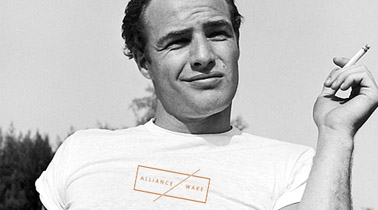 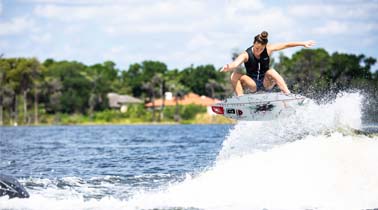 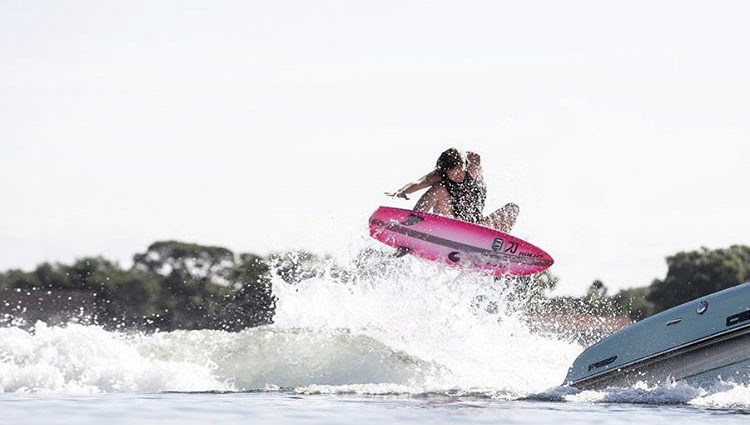 How To Do An Air | Wakesurf With Ashley Kidd 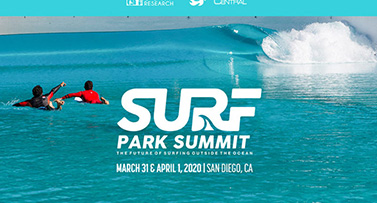