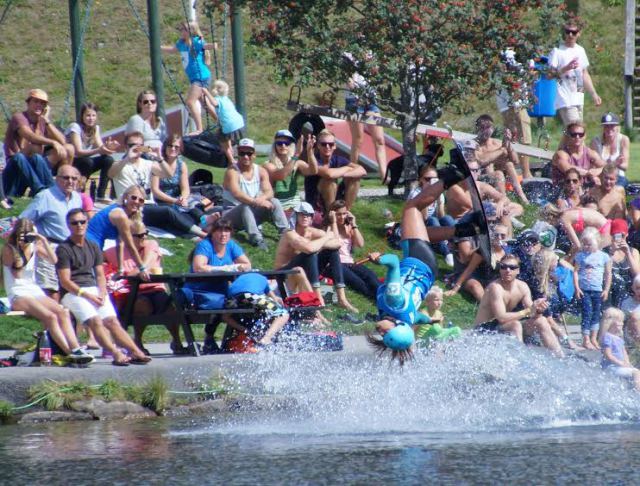 With sunny skies and ideal conditions at Norsjø Cable Park, Lior Sofer (ISR) showed
an insane second run in the finals. After crashing in his first run, he risked everything in his second and stuck moves like 315, Crow Mobe 540, Pete Rose and Frontside 900 at the kicker. He scored 94.33 points, ousting San Im (KOR) from first place. Im had scored 85 points in his first run, sticking tricks like S-Mobe 540 Nose Grab and Backside 720 Melon. Third place went to Frédéric von Osten (GER), who scored83.33 points for his run including a 315, East Mobe, Bel Air to Blind and Moby Dick540. “That was an amazing battle, all the riders were absolutely amazing,” Lior Sofer
said at the award ceremony.“I’m stoked to be on top. It was a dream come true!”

The wakeboard women also showed first-class performances and delivered an extraordinarily thrilling final. After the first run, Julia Rick (GER) had been in the lead with 76 points, ahead of Sanne Meijer (NED). In the second run, Meijer stepped it up, showing a Frontflip to Blind, Aspect to Blind, Backroll to Blind as well as a Crow Mobe at the kicker. She scored 81 points for that. Though Julia Rick counterattacked with a great Toe Backside 540, she couldn’t stick her Backside 313 cleanly and got only 79 points – silver for the European Champion. Bronze went to Maxine Sapulette (NED). “I was like, okay, I have to do everything I can. And I did. I didn’t expect I would land my run like that,” Sanne Meijer said. “Two years ago, I became world champion in the girls division and I really wanted to be the champion at the open ladies at my 17th birthday. So my dream came true.”

The Junior Men final in wakeboarding took place already yesterday, with Christopher Klein (GER) taking first, Jack Battleday (GBR) second, and Ryan Peacock (GBR) third.“I feared all my opponents in their second run,” Christopher Klein said. They’re all good enough to beat me. But I have to say, when Jack fell on his last landing, it was a really good feeling. It’s wonderful to be a world champion. I have never felt this before.” At the femal juniors’, Chloe Goudie (GBR) took victory ahead of Vanessa Weinhauer (GER) and Lottie Harbottle (GBR). “I have been a wakeboarder for 10 years. Today’s first run was my best run in my best competition ever,” Chloe Goudie said after the final.

For the complete result lists and further information, please check out
http://myzone.cablewakeboard.net/en/116/?sub=6&comp=598 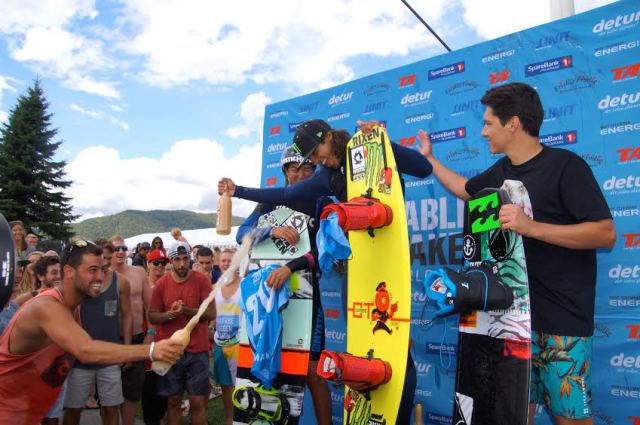