Look, look! The August/September issue of Alliance Wakeboard is out now and ready for your visual consumption. Just in time for mid-summer shredding, this issue is busting at the binding with all sorts of goodness to stoke your wake fire. 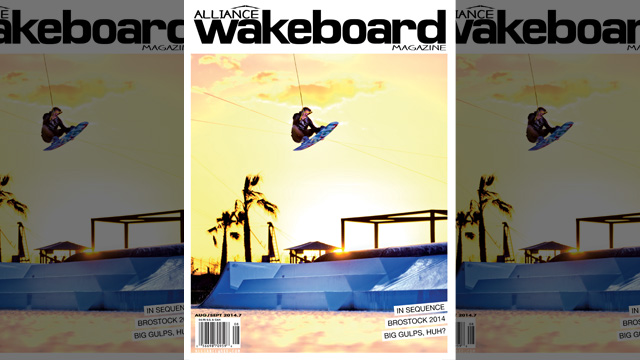 Kaesen Suyderhoud with a sunset rip at VIP in Woodland, CA.   Photo: Rodrigo

Once inside the August issue you’ll get the full scoop on everything that went down at BROstock 2014. Once again the action at Lake of the BROzarks was both intense, fun-filled, and overflowing with Not Beer. This year’s story comes courtesy of the one and only Danny Hampson, AKA Captain Dan. If the pictures don’t make you laugh (or envious of missing out), Danny’s words surely will. 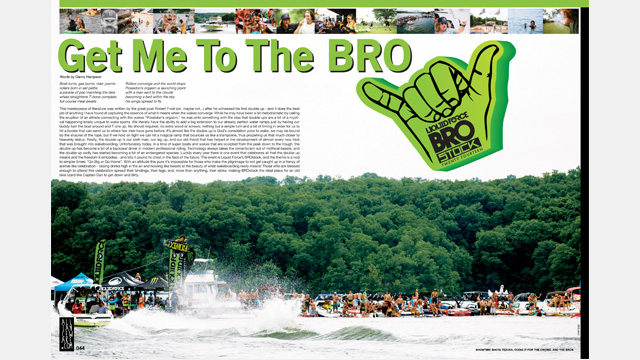 The second feature in the issue is a look at some of our favorite things to look at – sequences. Nothing brings a trick to life like seeing it from beginning to end in sequential order and the “In Sequence” feature does just that. You’ll find one-of-a-kind tricks from the likes of Harley Clifford and Bob Sichel, stylish twists from Nick Taylor and Josh Twelker, and more. This is one of those stories where you’re gonna cut pages out and tape them to your wall. 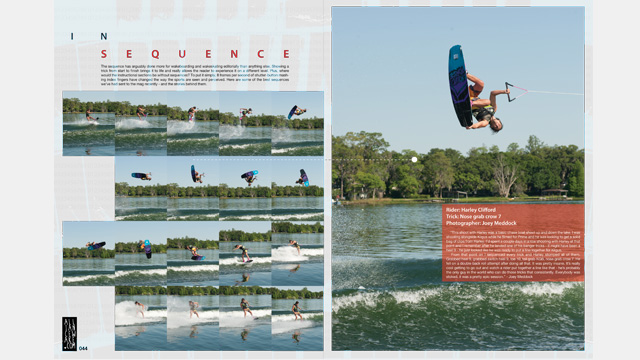 This just in, Harley is good at wakeboarding…   Sequence: Meddock

Last, but definitely not least, you’re not going to want to miss our Slurpee challenge featuring Zane Schwenk (inventor of the Slurpee a long time ago) and a handful of the sport’s young bucks. By far one of the funniest “contests” we’ve done in a while, this event featured some history lessons, a trip to 7-11, tons of crashes, and even a never-before-landed trick. Trust us, you’re gonna enjoy it. 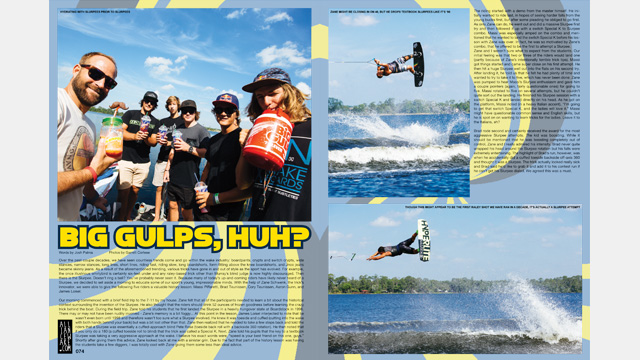 Get to your local shop now and pick up a copy of the August issue now, or get online at alliancewake.com and subscribe. Cover to cover this issue will have you jonesing to get out and ride, which is hopefully sooner rather than later for all of you. 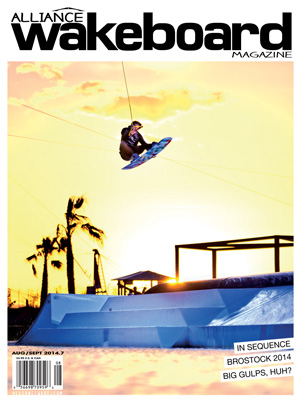