When I was asked to write an introduction to Steve Campbell’s interview, so many descriptive thoughts came to mind.  So many that I wasn’t even sure how to put them all into one or two paragraphs.  Therefore, I developed some nicknames that pretty much sum Steve up.  I like to think of him as “Steezy Steve” and “Steve Styles.”  He comes from a slaysh-nasty surf background, which is where a lot of his style originated.  He’s cool like the Fonz and shreds like Rob Machado.  With that in mind, I would like to introduce a new nickname for Steve:  The Fonz Machado.

Steve rips no matter what type of riding he is doing, whether it is boat, jetski, cable, winch, or trampoline (don’t even bother trying to play a game of SKATE with him.) He can do it all and is always getting better too.  Every time I go ride with him, he’s like a completely different person, on a completely new level.  While some are one trick wonders, Steve has lines for days.  He’s got re-entry lines behind the boat that just go and go, and at the cable, well the dude just doesn’t fall.  He’s one of those guys that you see on his tenth lap around the cable, but he has been cracking off tricks and hitting every obstacle along the way.  Even new tricks, he just seems to stick them.  The thing I really like about Steve is that he really has a progressive and innovative mind set.  He knows the direction the sport should be headed and makes every effort to guide it in that direction.  While some make it look as if our sport is a product of wakeboarding, Steve makes it look like skateboarding’s younger brother.

From contest standings to new tricks to style and consistency, Steve possesses true greatness.  He’s got a great head on his shoulders and a heart of gold.  He probably wouldn’t give you his last dollar, but I bet he would be willing to share his double cheeseburger with you.—Gabe Paulson

AWS: Where did you come from?
SC: Well, I grew up in Windermere, FL and I didn’t start doing any wake sports until I was about 20, 21 years old. Before then really all I did was surf and skate. Back then there wasn’t even wakeskating. I would pass OWC on the way to go surfing, and I would be like, what is that crazy stuff? Eventually I started stopping by and I met Zak Stone and we started riding OWC all the time. It was a lot of fun back in the good old days when I shuv was like the coolest thing in the world. Zak’s indy superman was like, wowing crowds all over the world. Eventually I got my own boat and moved to the Butler chain and I’ve just been trying to ride as much as I can since then.

AWS: Since you are talking about the good old days, I guess it’s ok to mention you are on the older side of the wakeskate crowd. What’s it like hanging out with young kids all the time?
SC: It feels good. I like being the older one and watching all the kids come up. Like I said. When I started it was like a 3 shuv, and just doing a shuv was the sickness but these kids and their new tricks. It’s hard to keep up for sure. You really gotta step your game up to make it far in the contest world.

AWS: So do you have any sage old advice for these young kids?
SC: Yeah, respect your elders. No, I’m just kidding, just keep doing what you’re doing. It’s a lot of fun, so have fun with it.

AWS: Is it hard for you to stay motivated?
SC: No actually, where I work, I work at a wakeboard camp; I like to ride all the time anyway. My motivation, I don’t know where it comes from. It’s a lot of fun. Definitely watching the little kids do all the crazy new flip tricks and stuff is definitely motivating, for sure.

AWS: So enough about fun. You seem to be really unlucky in the contest arena, always pulling really tough heats. Why? Did you kill someone or something and you have really bad karma now?
SC: I think so! I don’t know what I did but apparently I always pick the guy who’s most likely to win first round. I already said it before, but I’m just going to let someone else pick names for me now on and hope for the best.

AWS: Why do you keep competing, even though you always seem to get screwed?
SC: I don’t know. I guess there’s always the chance you could win and I feel like I have a chance sometimes, so that’s why I keep going. Sometimes it’s a lot of fun and other times it aggravating, especially with the kids killing it. As long as I ride good, I’m happy in a contest.

AWS: What else do you want to with wakeskating?
SC: This coming winter I’m definitely going to step it up. I definitely want to get my flip trick on, wake to wake, back and forth. Just all sorts of stuff that people aren’t doing. Just really take it more wake to wake, try and keep up with everyone.

AWS: Is wake to wake what you think the future of the sport is?
SC: It sure does seem that way, since 85%of the contest are behind the boat.

AWS: What about with gas prices and all that? Coming from a cable background, do you think we’ll see a push in that area as well like everyone keeps talking about?
SC: The cable park will always be a big thing in wakeskating, but there’s always the rich people that have the boats, or even the people who are struggling to afford their boats. It’s just a pastime thing. It’s always going to be around, no matter what.

AWS: Are you one of those people who are struggling to afford their boats then? How do you do it?
SC: I do a couple different jobs. Right now I’m repping for Gator and I’m doing the repping for UGP now as well. That’s bringing a little cash in. I also work at the Wakeboard Camp five days a week, so that brings it in. But I seriously spend every dollar that I get on minimal food and gas and some rent. Sometimes I can’t even afford my boat payment, and it doesn’t even work. It’s been a tough month.

AWS: Aww. Well, we don’t have to talk about that anymore. Let’s talk about Steph. What’s it like to have a girlfriend that rides, and rides well?
SC: It was a little weird at first having a girlfriend that rides really good, especially with flip tricks and stuff, but I’ve started to get the hang of it. Now I don’t get so nervous after she gets done riding and it’s my turn. I got over that whole thing. It’s all good now. She’s definitely killing it. I’m stoked for her. She can definitely hang with the guys.

AWS: Does that push you to ride better at all?
SC: Definitely. I have to step my game up some sets, for sure.

AWS: Who do you usually ride with?
SC: Well, when he’s in town, usually Gabe Paulson. He used to live with me for a while he was my really good riding buddy. Other than that, mostly just Steph Wamsley, Deiter and Chase Gregory sometimes.

AWS: Who do you think is pushing the sport of wakeskating the most right now?
SC: Andrew Pastura, is one of my favorite riders to watch. He’s got all sorts of switch and tech and it just looks like he’s on a skateboard out there. It’s just really rad to watch. Him, and you gotta say Reed Hansen. That guy is doing all sorts of stuff. He’s pretty much a legend now.

AWS: How did you get so good at kickflipping off of inclines?
SC: Well, a lot of the rail hitting ability has come from the cable park for sure. I have definitely put over a million hours here trying to get really comfortable on rails, just because that’s what I like to do the most. I had an incline at the house as well for a long time as well, so we were pretty much hitting it every day, learning new stuff.

AWS: What’s more important to you, style or tech?
SC: Definitely style. You could pull off a 3 flip and it would look like shit, but if you can throw a little flavor into it it’s way mo’ better.

AWS: Ok thug, why do they call you Southside?
SC: It happened about six of seven years ago. Clay Fletcher, one of the cable operators, just started calling me that, and I’m not sure why. Then Zak Stone got a hold of it and him and Dano completely spread the whole Southside word. I had nothing to do with it, it just sort of came upon me.

AWS: Do you resent it at all?
SC; No I like it. I like it because most of them are all from up north, so I’m Southside Steve from the South.

AWS: Tell me about your dog.
SC: Taj is awesome. He’s such a cool little dude and he protects me pretty much. He’s a loud little guy. He’s a min pin, but he thinks he’s a rotwieler. He’s really tough and everyone loves him. He’s a water dog.

AWS: Stock question time. What’s your favorite place you’ve ever traveled?
So far I had a whole lot of fun on Lake Shasta. We rented house boats and that was really rad to be able to just ride off the back of the house. That was probably the most fun I had wakeskating.

AWS: Time for personal questions. What do you look like under that hair and beard? Any plans to cut it off?
SC: You’ll never know! The day I cut all this off is the day I quit wakeskating. My girlfriend loves it.

AWS: Not to sound like a mom, but what’s your plan for the future?
SC: Seeing that I’m 28 now, and almost 29 and almost 30, I gotta start thinking about other stuff. That’s why I’m doing the whole repping thing. Trying to stay within the industry. I’ve always loved water sports and stuff. Always planned on being around it. This is the perfect opportunity for me and hopefully I can get a really cool job out of this. As for wakeskating though, I’m going to push it until I can’t walk because I love to do it. Look at Danny Way. He’s out there jumping over the Great Wall of China and he’s like 35, 36. There’s no reason why you can’t keep it up. Until it stops being fun.

AWS: Anyone you’d like to thank?
I’d really like to thank Zak Stone. If it wasn’t for him, I never would have got so motivated to skate everyday. He is the most motivating person to ride with. Other than him, Gabe Paulson and recently Dieter. Just riding with him, he’s definitely gotten me riding better. 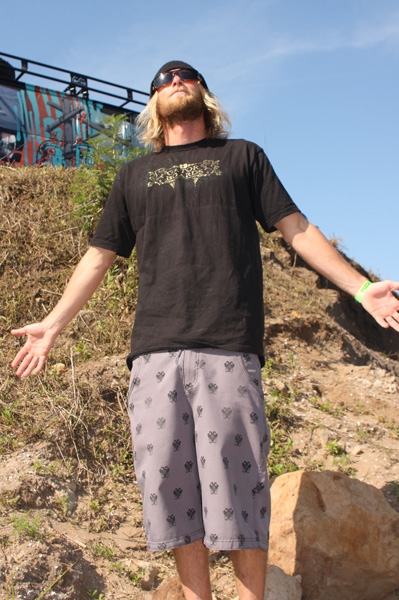