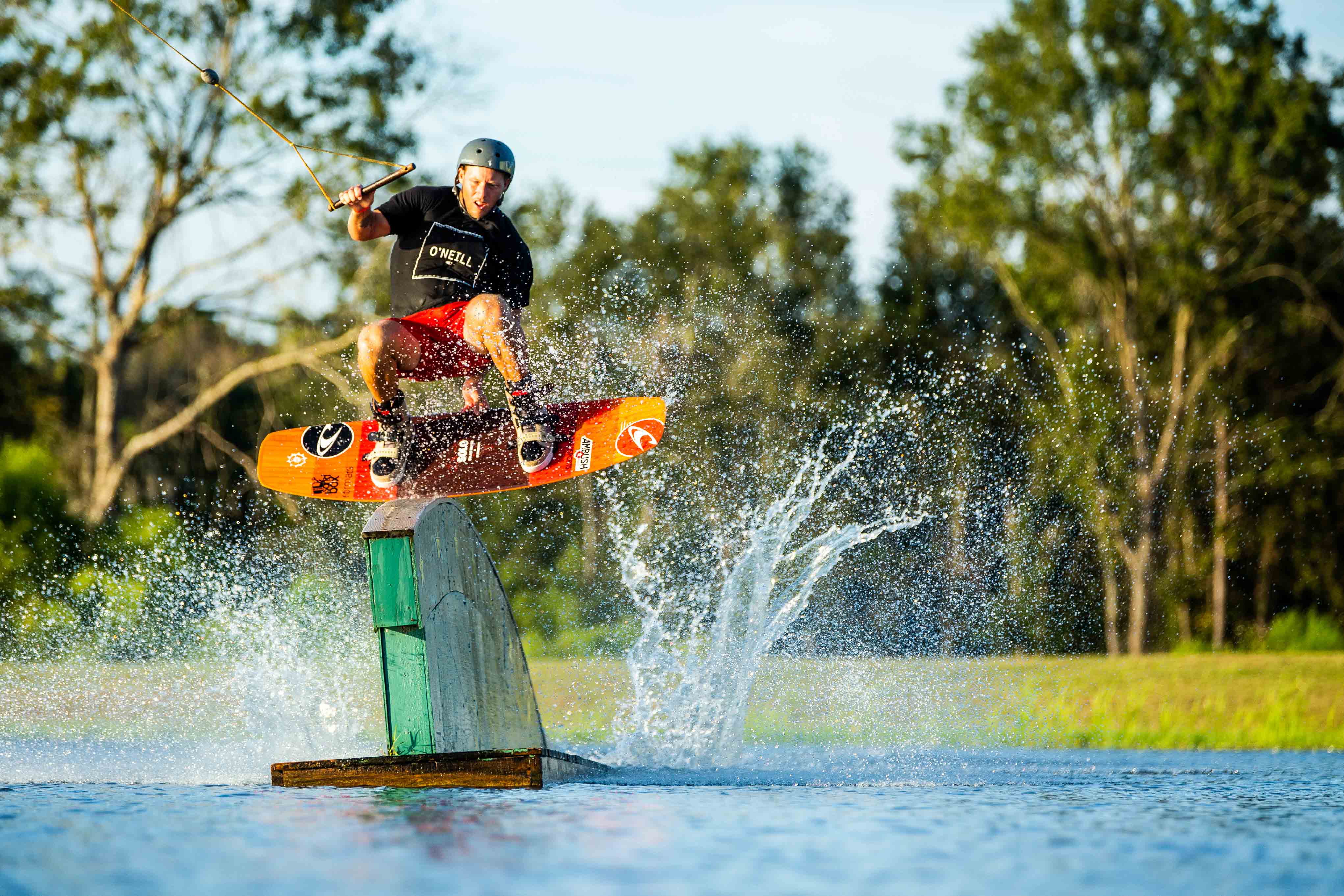 Dylan Miller shying away from the norm (photo: Mathis)

We all have our routines. Those little spurts of OCD-ness that we have to adhere to or else we just won’t feel right. Whether it’s getting up early to hit the gym before work, making sure all the tabs on our browser are in juuuuust the right order, keeping our shirts organized by color (What? Just me?), or whatever else it may be, we’re all creatures of habit. And contrary to popular belief, wakeboarders are no different. Now don’t get me wrong, some are definitely more quirky than others, but I’ve been on the boat with more than enough to know that everyone has those minute idiosyncrasies about them. They all either have a specific set of warm up maneuvers that they have to get through before they strap in, a certain song or band that just has to be playing or else their set won’t go well, a driver that’s the only “qualified” one to pull them, and a plethora of other things. Now these aren’t necessarily bad things, but when you let them take over then that is a different story. So how do you keep from falling into the rut of routine and make sure your time on the water stays fresh? Well, I’ve got a few suggestions.

TRY SOMETHING NEW. In my experience, sticking to the same tricks day in and day out seems to be the main culprit of routine. Riders that go out and do the same thing over and over and over again all in the name of “consistency”. There’s definitely nothing wrong with consistency but when it gets in the way of progression, then the cracks start to show. Getting ready for a contest is one thing but if your contest run is all you do out on the water then you need to take a step back. Which gets me thinking about contests … after seeing a rider like Guenther Oka podium in 2018 without so much as one double flip, is it time to rethink how boat contests are judged? I’ll let you discuss amongst yourselves.

BRANCH OUT. Another easy routine to fall into is riding with the same crew for every set. Sometimes it’s out of convenience, sometimes out of necessity, but if you have the option jump on the boat with a different group of riders every once in a while. No matter the talent level, you can usually take some sort of inspiration from someone else’s riding and if not, you can throw a little coaching their way while still getting a solid set in. That’s what we like to call a “win-win”.

HIT A NEW SPOT. Nothing breaks routine quicker and better than a road trip. Whether it’s to a new area on your home lake, a buddy’s spot on a bordering state, across the country, or even across the world, I don’t think it gets any better than packing up a bag and heading to a new destination. Not only is it an opportunity to check out a new stretch of water but also to immerse yourself in someone else’s culture and get a first-person view of what they call routine. So whether you’re with your day one crew or flying solo, plan that trip you’ve been dreaming of and make it happen.

In this issue, we’re all about getting away from the traditional, the routine, and the mundane. First off, the second round of BrahFest went down in Alabama just after Surf Expo. Now it might be the second year of what we hope turns into a long-time tradition but BrahFest is anything but routine. When you get a group of stylish, rad riders in the same place, magic is bound to happen. From cliff jumps to double-up sessions, BrahFest: Round 2 was nothing short of a great time. Next, we have an interview with one of the most unpredictable riders on the planet: Daniel Grant. We’ve all seen him ride but where does the kid we knew as “Turtle” call home? We’ve basically watched Daniel grow up before our eyes when he hit the scene at the age of 13 but what shaped him into the rider he is today? Recently 21, he’s already traveled more than most will in a lifetime and he’s just getting started. So the next time you feel like you’re in a slump, get up, get out, and break the cycle.