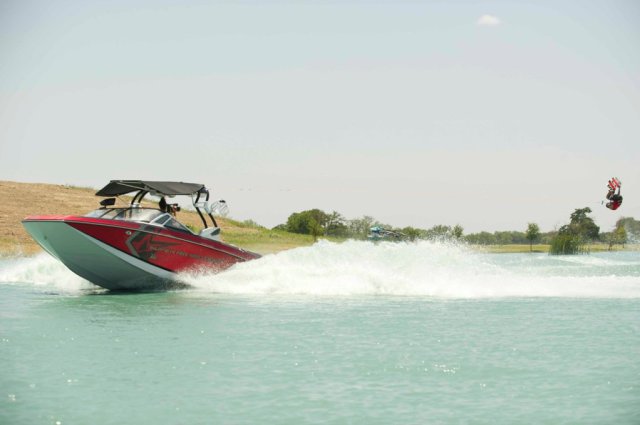 Clifford carved his way into history at the 25th Annual Wakeboard National Championships with a finals run for the ages. With his riding in prime form when it mattered the most, Clifford linked together a run behind the Super Air Nautique G23 that featured some of the biggest airs of the entire event, mixing in stylish toe and heel side rotations as well as sound rail riding. The dream run was executed perfectly and was just enough to overcome a stacked field of competitors that included Rusty Malinoski, Nautique Team rider Bob Soven, Nautique Team rider Noah Flegel, Oli Derome and Nautique Team rider Danny Harf.

“It’s unbelievable to win Nationals,” said Clifford! “Everyone was ripping all weekend and I’m just lucky I was able to stick all the tricks I wanted to and it was good enough to get the victory.”

The Pro Women’s finals were a testament to the new heights female riders are taking the sport. On the forefront of it all is Melissa Marquardt, who claimed a coveted National Title today. Marquardt clinched the crown with a progressive run that was equal parts modern masterpiece and commitment to fundamentals. Her run had it all including the biggest airs of the heat, smooth style and highly technical rail sections. The finals also featured a field of the finest female riders on the planet, including Amber Wing, Nautique Team rider Meagan Ethell, Taylor McCullough, Bec Gange and Nautique Team rider Raimi Merritt.

Prior to the Pro Men’s finals today, the crowd enjoyed the CONTOUR Big Air Contest. The mesmerizing specialty event featured some of the best Pro Men riders launching from a ramp to perform massive rotating aerials that are rarely accomplished in a traditional contest setting. Going the biggest was Adam Errington who boosted a huge mute switch roll to revert off the kicker ramp to walk away the winner.

For more information head to: www.kingofwake.com