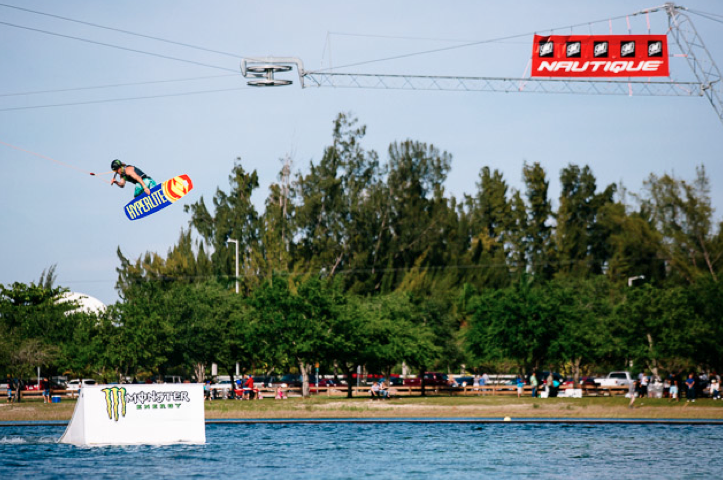 In an effort to make this Triple Crown event stand apart from all of the others, Velocity Island Park will be relocating all of their main features to make the park fresh for every rider and to enhance the new “Lines” judging format for the pros. This relatively new park has the most technical UNIT rails with both a kinked pipe and the Kaesen Suyderhoud feature. These features are perfect for creating epic lines for the second stop of the 2015 Monster Energy Wake Park Triple Crown.

The Monster Energy WWA Wake Park Triple Crown has shifted to an all features event and we have added a Super Grom division. Given the focus that riders are putting on features these days and after a number of requests from the top pros and sponsors, the Monster Energy Wake Park Triple Crown has shifted all of our focus, time and prize money to the features only event.

We have put together a deal with the Best Western just across the highway from Velocity Island Park. Please call the front desk and mention that you are part of the Wake Park Triple Crown for our special room rate. Call (530) 666-1251 to make your reservation.

Friday, June 5th
8AM – Qualifying for all divisions begins