I am a firm believer in the power of humor. Laughter, as they say, is the best medicine. In my first few Focal Point columns I have talked about not taking things too seriously. Yes, wakeboarding for some of us is a job, but let’s be honest with each other, this isn’t global politics or serving your country in battle. We’re getting towed sideways across various bodies of water. Usually in the sun, most often with friends, and almost always with a cold beverage of our liking waiting in the boat. The thought of it all is almost humorous in and of itself. 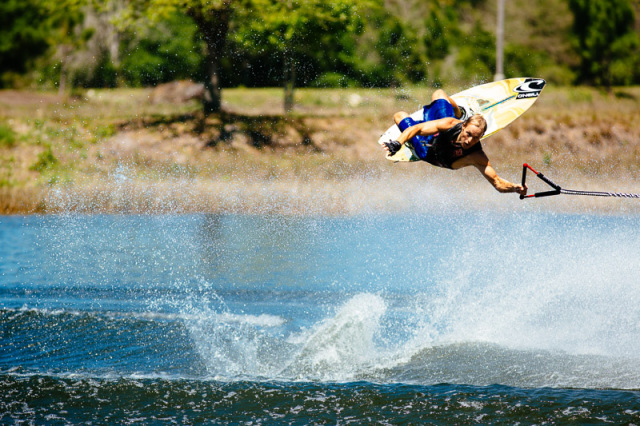 If it wasn’t for humor, this style of riding might still be considered legit. Fortunately it’s not and we can have fun with it at the tongue-in-cheek Old School contests…

Over the years I believe humor has actually played a large part in the progression of our sports. In doing this issue’s interview with Dylan Miller I was again reminded of the power of a good-natured joke. We got on the topic of  “zeaching” and Wake Zeach specifically (if you don’t know what a “zeach” is, Google it). The term zeach was initially used as a joke – some might say an insult – in wakeboarding, but in the time since it first reared it’s sarcastic head the riders at the top of the sport have started to pay a lot more attention to the way they slide rails, hit kickers, and grab their boards. Thanks to some zeachy name calling, the sport seems to be in a more legit place.

Some might say jokes often times go too far and come across as disrespectful rather than funny. Of course, humor can have all sorts of effects dependent on both delivery and reception. Are you being funny or are you just stirring the pot? Have we at Alliance stirred the pot a time or two (hundred) in the past? Absolutely. Have we been guilty of going too far sometimes? Probably, but that also depends on your definition of far. I’d like to think we’ve toed the line accurately and effectively over the years, even if our toes have had a little funk between them from time to time. In the end it is toeing those lines of what’s possible or what’s right that brings about progression and growth. From board and boat technology, to trick progression, to trends within the sport – all have advanced because others have pushed boundaries and toed some lines – and many of those agendas have been propelled with humor.

Just look back at some of the progression in both wakeboarding and wakeskating that has come through comedic approaches:

And these are just a few of many examples that can be discovered through a little research. But do you want to know what’s even more important than the change brought about with the help of some pot-stirring comedy? Think about all the things that have been big arguing points within the sports over the years. Maybe some of you have been so passionate about some of them that you even hopped on a message board to add your opinion to the foray. Just how significant are those topics/opinions today? Look back at some of the arguments you took sides on or participated in and try not to laugh now. Remember the fins debate in wakeskating? Or the argument that “flex” boards were just a fad? Or that closed-toe boots would lead to an outbreak of broken toes? The list can go on and on. 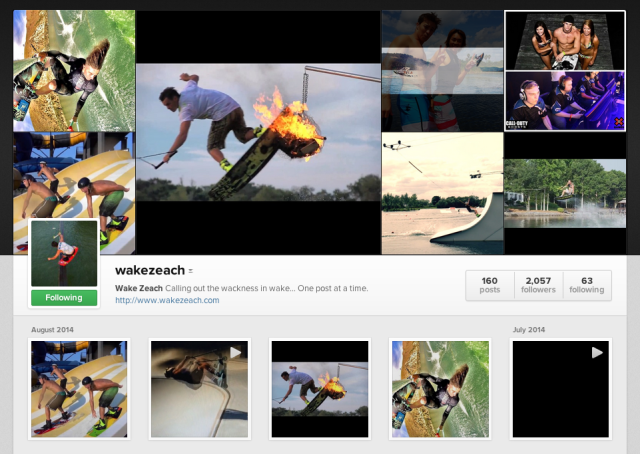 Wakezeach: agree or disagree, it’s made a difference in the way pros view and approach their sport… (and made a lot of us laugh)

What I’m trying to say is that while we can all be passionate about the sports we love, we can’t forget to poke fun at ourselves from time to time. It’s healthy to laugh and to have the ability to laugh at yourself. I know here at Alliance we will continue to dance the line of humor and progression (most likely via the Dougie or a signature rendition of headbanging) and hopefully it won’t fall on deaf ears. We will also continue to make fun of ourselves more than anybody. If you ever feel we’ve been too hard toward the butts of jokes though, just remind us that a dead horse has other body parts, too. But don’t forget that said horse could be a gift, so don’t look it in the mouth.

Editor’s Note: This is the Focal Point column from the July issue of Alliance